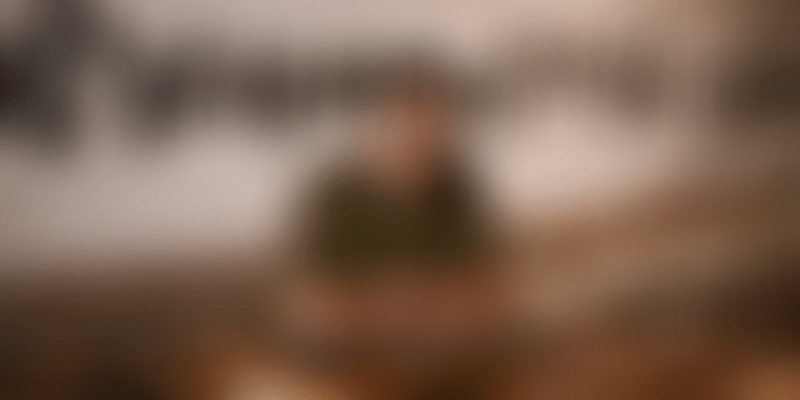 I first met Sumit in Delhi last summer. It was a small meetup of my Inner Circle members who I was helping online to grow their businesses. It was our first physical meetup, and I was not expecting many members. Four people showed up, and we settled in over a coffee at Connaught Place.

We spoke about business growth, the startup culture, need for VC funding, and bootstrapped businesses. I don’t remember the exact point in our conversation when Sumit started sharing his entrepreneurial journey. He had started a blog, trumpexcel.com, while working as a marketing manager at IBM in 2013. The blog was about using Microsoft Excel efficiently - simple things such as formulas, data entry, and templates.

When he wrote his first article and shared it online, the first comment he got was - “Really, you found that worth sharing?” Demotivated, he considered deleting the post, but decided that the person who had commented was not the right one to take feedback from.

Rather than deleting his first article, he started writing more. Not very advanced stuff, but simple things about using MS Excel. Apart from sharing his posts with his colleagues, he started sharing them on social media, where people sought help with MS Excel.

And voila - Sumit’s blog was noticed by Microsoft, and he was recognised as a ‘Most Valuable Professional’ (MVP) in Excel by Microsoft in 2014. Microsoft gives this title to a select few individuals for their outstanding contribution. Today, Sumit is the only Excel MVP in India.

Sumit’s story left us speechless, and I kept thinking why had I, a software engineer for seven years, not thought of this idea. Excel files and meeting reports were a big worry for me, but they became an opportunity for Sumit. My question to Sumit was obvious - “How much do you make from your blog?”

“And how much does Microsoft pay?” Sumit’s answer, “Zero!”

With no financial support from Microsoft, Sumit was earning more than $3000 per month from his blog. Sharing his story, Sumit says that for the first one-and-a-half years, he didn’t make any money. During this time, however, he garnered a social media following and subscribers.

Things started to change when Sumit launched his online course in November 2014. It did well, giving him the confidence to think of this blog as a potential business. In January 2015, he resigned from IBM to work on his blog and online courses full-time.

Since then, he has launched four online courses. Sumit has also explored other channels to monetise his blog, such as display advertisements and affiliate marketing. Deeper discussions on his business model revealed one can earn good money from something as simple as a blog from various sources like adsense, affiliate marketing, consulting and selling e-books and courses.

Sumit’s blog has been growing steadily, and gets more than 450,000 page views a month. He plans to continue to create high-quality content and videos, and capitalise on it. Also, instead of creating new courses, he plans to capitalise on existing courses, and get more students.

His focus now is to build an engaged email subscriber list so he can sell more courses through it. He has also partnered with other Excel experts, and will offer their courses to his mailing list and generate income as an affiliate.

Apart from this, Sumit is also experimenting with affiliate tools that can be used by Excel users, and making money with one such tool.

Sumit’s story shows anyone can start small, and be successful without depending on funding from a VC. Most of us, though, are so obsessed about funding that we forgot that real businesses thrive on profits, not funding.

Blogging is not the only way to be successful. Last year, I shared 100 business ideas that can be started without VC funding. I have lots of stories to share with you. Every week, I will bring a new and interesting case study.