Blockchain is the future of business, panel concludes 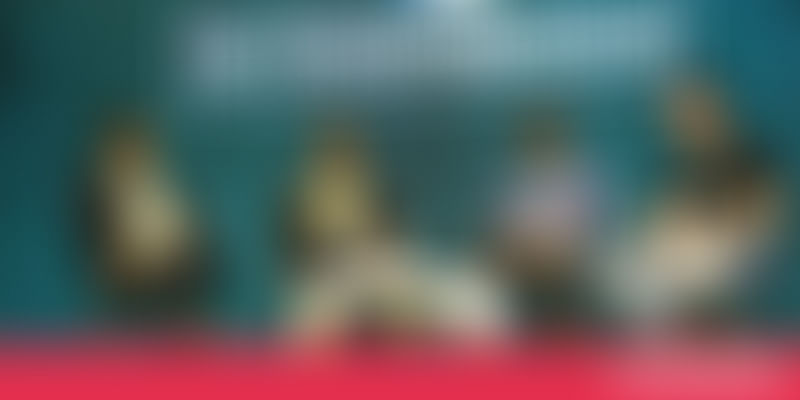 With the World Economic Forum predicting that 10 percent of global GDP will be stored on Blockchains by 2027, it’s time India put the focus on Blockchain technology.

The internet solved the information sharing problem. But when it had no answers to the transparency and security conundrum, in came Blockchain.

Touted as the next best thing after the internet, Blockchain can, in theory, solve most problems that come with being connected. In theory because while there have been many use cases of Blockchain around the world, its uses and applications are still not truly understood.

A panel discussed the “UX problem in Blockchain” on day one of TechSparks 2018. The panel comprised Nitin Sharma, Founder of Incrypt; Kartik Mandaville, Founder of Spring Role; Praphul Chandra, Founder of KoineArth; and Tom Teman, Founder of Portis.

Speaking at the panel discussion, Incrypt’s Nitin Sharma said India has to take great strides in fueling the Blockchain revolution. Indian Blockchain investments have only garnered $5 million; one must keep in mind that the technology has so much to offer.

He said a true Blockchain business will need to have crypto incentives embedded, and no single third party verifying the transaction. “Blockchain is a network of value whereas the internet - in its present form - is primarily a network of information,” he said.

“Today, a lot of parties are experimenting with distributed ledger technology. But this is only part of how Blockchains are supposed to work. Beyond the distributed ledger elements, decentralisation requires a consensus layer that makes it possible for parties that do not know or trust each other to join and transact on the network,” Nitin said.

Praphul Chandra, Founder of KoineArth, said, “Blockchain helps bring transparency between parties who have never met each other; the contracts will be incentivised and transactions will be verified faster than centralised systems today.” He added that the time for people to look at Blockchain use cases was “now”.

The World Economic Forum believes 10 percent of global GDP will be stored on Blockchains by 2027. Gartner forecasts the business value-add of Blockchain will reach $176 billion by 2025, and exceed $3.1 trillion by 2030.

Tom Tema, Founder of Portis, said, “The transactions on Blockchain are open collaborative systems. They are far more interoperable than anything out there. They are not on a closed system like what is happening while trading or exchanging money, which has third parties guaranteeing you a transaction.”

Kartik Mandaville, Founder of Spring Role, stated that there were incentives to be part of a Blockchain network. “It rewards the user for verifying the transaction. The Blockchain protects your tokens,” he said.

Crypto tokens solve a third interesting problem for innovative early-stage projects from a business point of view. In the earliest phases of a startup project, entrepreneurs often struggle to attract users and demonstrate the utility proposed by their product or platform.

They hope to delight early users who can provide valuable feedback for development, and bring in new potential customers. This utility, however, is often a function of how many other users are on the network, often described as “network effect”. In other words, users don’t find enough utility until enough users find utility.

The vast majority of such projects are never able to solve this “chicken-and-egg” problem.

Users and holders of tokens have a natural financial incentive to help improve the product(s) and bring others in to grow the community, in turn increasing the value of their tokens. This is a big part of the logic underlying the emergence of Initial Coin Offerings.

The panel discussed the future as a transparent and open world, thanks to the security and openness of the design of Blockchain technology.