Blurring the lines between online and offline: the reshaping of the Indian retail space 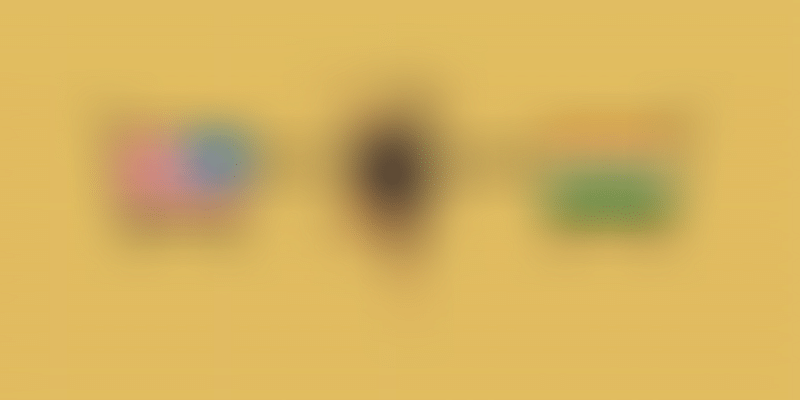 The battle for Indian retail space is between Walmart, Amazon and Alibaba, or is it Reliance Industries and Future Group?

Buying grocery was as simple as walking down to, or calling up, the nearest kirana. Then came the large-format stores that offered shopping as an experience, and gave the very cost-conscious Indian customer massive discounts and sweet deals. Then came the ecommerce giants with their big investors.

While buying grocery has only become easier and more profitable, selling it is another ball game altogether.

The pot of gold for global giants, be it Alibaba, Amazon or Walmart, is to understand Indian food habits, and shopping habits for home and wardrobe – in short, the daily life of the consumer and his or her needs from dawn to dusk.

“Something fundamental has changed in India. Brands (retailers) today have realised the potential of ecommerce; there is no need to invest in brick and mortar, and ecommerce gives you access to top 25 cities in an instant,” says Vinay Singh, Managing Partner at Fireside Ventures.

And everyone is eyeing the new consumer. “The new consumer is clear with what he wants. He looks at balancing benefits and costs. He wants experiences, and is responsible about what he consumes,” Vinay says.

So, what has shifted? How? And what comes next?

The Indian retail space is an interesting play between Indian and foreign retailers, and is turning out to be one of those unexpected marriages. Those who were once rivals are now bedfellows as each one eyes the Indian retail pie that, according to global consulting firm E&Y, is valued at $650 billion, and is growing close to 10 percent each year.

The story starts a decade ago

Rewind a decade to when Tesco announced its £84-million partnership with the Tata Group in 2008. The retail industry worried it would pave the way for foreign direct investment (FDI) for brick-and-mortar retailers.

Fearing competition, incumbents opposed FDI, and even managed to have it pushed back for a while. The Indian government then sprung a surprise, opening up FDI in ecommerce marketplace-based retailing between 2014 and 2016. Global retailers rushed in, and over $15 billion was invested in the Indian ecommerce retail ecosystem in a span of two years.

“The battle for retail in India will no longer be between ecommerce or brick and mortar. It will be about global retailers buying Indian companies and increasing their share of the Indian consumer’s wallet,” says Devangshu Dutta, CEO of consulting firm Third Eyesight.

Cut to 2018, and the stage was set for acquisitions and partnerships.

The government now allows 51 percent FDI in food and grocery business, and 100 percent in non-food multi-brand retailing. Future Group and Reliance Retail have recently opened up to the possibility of partnerships with global companies.

And why not - going it alone is an expensive proposition, and global investors and retail giants come with deep pockets, deeper insights, and possibly a wider product catalogue.

The aim is to capture the next 500 million customers.

Before it was acquired for $16 billion by Walmart in May this year, Flipkart, between 2008 and 2005, raised $7.3 billion – more than all the top retailers combined.

Walmart has been around for a decade with its cash-and-carry operations and serves more than one million mom-and-pop retailers who cater to more than 100 million Indians.

With Flipkart, it now has access to another 250,000 sellers and an unprecedented 80 million online customers. Amazon boasts of a similar number – 80 million customers and over 250,000 sellers. Most of these numbers, though, are estimates from analysts in retail consulting companies E&Y and KPMG.

Then, Amazon upped its game and worked out a deal with Samara Capital to buy out Aditya Birla Retail’s More for Rs 4,400 crore. The deal was closed only last week. Though Amazon owns only 49 percent in More, it has got access to its 575 stores, 50 million customers a year, of which 20 million are “clubmore” customers. Amazon had in 2017 acquired 5 percent stake in lifestyle retailer Shoppers Stop for Rs 180 crore. Shoppers Stop’s ‘First Citizen’ loyalty programme has 5.3 million customers.

Walmart - thanks to its cash-and-carry and  ecommerce business - has access to 70-80 million more Indian customers than Amazon because its 1 million customers serve more than 100 million customers and offices. Through those small businesses, they know how consumers are purchasing grocery and other items.

If Amazon wants to scale further, it has to add more customers. The only way is by picking up stake in companies like Future Group. A source who works closely with Future Group CEO Kishore Biyani says Amazon Founder and CEO Jeff Bezos constantly calls upon Biyani; that they are good friends, and may turn out to be business partners soon.

If that happens, Amazon will get access to over 150 million consumers. In fact, Amazon already has a partnership with Future Group that it had signed in 2014 and entailed knowledge sharing, and selling Future Group’s portfolio of over 40 brands on Amazon.in.

"The bottom line in each of our retail success stories is 'know your customer'. Insights into the soul of Indian consumers - how they operate, think, dream and live - help us innovate and create functionally differentiating products and experiences. The partnership with Amazon will enable us to leverage their strengths, investments, and innovations in technology to reach out to a wider set of consumers across India," Biyani had said on the tie-up.

Biyani is already thinking ahead, and has partnered with technology companies Manthan, BluPay, and Perpule to build a future of retailing based on mobile and data.

“Technology today allows us to bring this entire suite of products and services on a single platform, and interact and engage with the customer more often than it was ever possible. Underlying these are fundamental pillars such as data lake and analytic engines, supply chain networks, payment platforms, and retail infrastructure that have been developed by Future Group companies,” Biyani says.

“We aren’t alone in imagining businesses as ecosystems. Businesses like Amazon, Alibaba, WeChat and many others are creating these consumer ecosystems,” he adds.

Reliance Retail, on its part, has a loyal customer base of 30 million, and serves close to 170 million customers every year. Consumption is on the rise, and it is now absolutely necessary for online and offline businesses to partner.

“Consumption in India is growing, and India is one of the fastest growing retail markets in the world. We aim to enhance the consumer’s shopping experience, online or offline,” says Rajiv Srivatsa, Co-founder of online furniture retailer Urban Ladder.

Alibaba and Ikea’s bets on India

Other giants are also interested. Alibaba has invested in fintech company Paytm and has over 280 million Indian customers. The investment gives Alibaba information on how customers transact across different channels, such as paying utility bills, retail, and travel, thanks to Paytm. Also, ecommerce platform Paytm Mall has 50 million consumers.

For Alibaba, a partnership with Reliance Retail now makes even better sense.

As YourStory reported, home furnishings as an industry is wide open for a player like Ikea to enter, and the Swedish retailer is lobbying with the government to allow it to sell its products on its own ecommerce platform. Regulations at present do not allow a single brand retailer to sell on its own ecommerce channel. Ikea has invested $1.4 billion or Rs 10,000 crore in India so far, and has just opened its first store in Hyderabad. It plans to open 40 more over the next 10 years.

Then there is BigBasket, which reaches seven million consumers; about 25 percent of its business comes from private labels or its own brands. Then there is Metro AG, the German cash and carry retailer, which has more than 3 million small business registered with it, serves more than 100 million customers indirectly, and is going to make some big announcements to capture a substantial market share in the SMB market with 25 stores already operating across India.

Organised food is an around $30 billion market as per estimates by Ernst&Young, and it is only a matter of time when new entrants Amazon and Flipkart start piloting their own food labels. DMart (Avenue Supermarts) only has large brick-and-mortar stores now, and is expected to soon announce an ecommerce strategy. It has 160 stores across the country, and an annual revenue of Rs 15,000 crore.

Like Kishore Biyani says, the Indian consumer market, specifically the retail sector, will continue to attract billions of dollars from giants within and outside the country. The market is reshaping and only time will tell if Indian retailers stand out, or become extensions of global business arms.