Meet Hasina Kharbhih who helped save more than 72,000 people from human trafficking 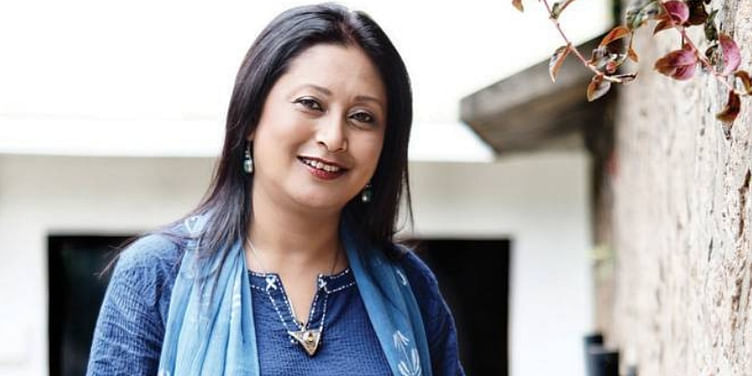 There are many supporting and ensuring that these girls lead normal lives. Among them is 47-year-old Hasina Kharbhih who is a Fellow from Ashoka University.

Hasina introduced the Meghalaya Model, which has been adopted by eight North-Eastern states over the past 10 years, to prevent child trafficking. It is approved by the Indian Government and has been supported by the United Nations Office on Drugs and Crime and UN Women, as reported by The New York Times.

In the month of January 2012, she was awarded the North-East Excellence Award from the India Chamber of Commerce.

Hasina has been fighting for over two decades to end trafficking in the Northeast and so far, has saved 72,442 people and empowered over 30,000 women artisans, through her Impulse NGO Network (INGON), says The Better India.

In 1996, the Supreme Court banned the cutting of trees in the North-Eastern states. The verdict stated,

‘There shall be a complete ban on the movement of cut trees and timber from any of the seven North-Eastern States to any other state of the country either by rail, road or waterways.’

This movement severely affected the livelihood of women artisans who were dependent on bamboo and cane for their earnings. Within a short period, these women became victims of human trafficking. Suddenly there was a spurt in the number of missing children across the state.

When we investigated certain cases, we found that all these children were being taken away by recruiters and promised better-paying jobs. But they were forced into bonded labor to work as maids, tea stall helpers, miners or sex slaves.

The IMPULSE Model (formerly known as The Meghalaya Model)

The Meghalaya Model came to the aid of these victims of human trafficking.

It is a case management system, which follows what is popularly known as the 6Rs (Reporting, Rescue, Rehabilitation, Repatriation, Re-integration, and Re-compensation) and the 6Ps (Partnership, Prevention, Protection, Policing, Press, and Prosecution). We wanted the Impulse Model to be a single-window platform. So, we formed the Impulse Case Information Centre (ICIC), which records, compiles, and keeps track of relevant information on human trafficking cases, adhering to the 6 Rs of the Impulse Model formula of 6R + 6P

The ICIC has a network of 1,000 NGOs and government departments across Southeast Asia. The model works on the concept of need-based intervention and has collaborated with various organizations to fight human trafficking.

What was critical is that post-rescue women don’t get trafficked again. Keeping this in mind, Hasina initiated a for-profit branch of INGON called Impulse Social Enterprise (ISE).

It supports 30,000 artisans inducted through INGON from different North-Eastern states. The artisans now have skills to sustain themselves and develop products that include basic accessories and home furnishing products.

Coal mines in the Jaintia Hills in Meghalaya have narrow entrances that allowed only short people to go in. Hasina’s organization found that the contractors had employed children as young as six to work in the mines. Also, over 70,000 children had been employed so far.

‘We have also been able to place around 40 such children in schools. Some are in boarding schools. A couple of them have also completed their matriculation.’

Hasina now looks forward to spreading her initiatives across the country with the help of Central Government. She hopes to set up a centralized repository of data on human trafficking soon.

Do you have an interesting story to share? Please write to us at [email protected]. To stay updated with more positive news, please connect with us on Facebook and Twitter