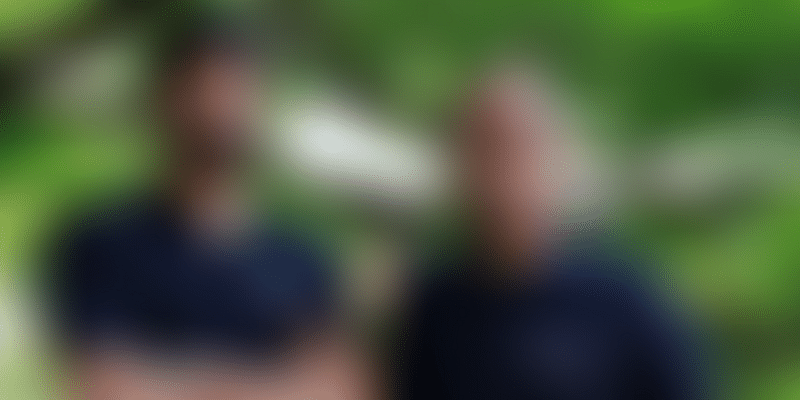 Bengaluru-based HackerEarth is expanding to the Bay Area, and its CEO has moved there to attract another million developers to its innovation platform.

From hackathons to crowdsourcing, Bengaluru-based HackerEarth has been offering a range of innovation solutions to enterprises. Founded by Sachin Gupta (CEO) and Vivek Prakash (CTO), the company began as a talent assessment solution for connecting recruiters to the right candidates, and has expanded over the years into innovation management.

The SaaS-based firm plans to turn cash-flow positive in 2019, and claims to have become EBITDA-positive in the third quarter in 2018. See YourStory’s coverage of HackerEarth’s launch in 2012, Series A funding, and its Startup Connect programme.

HackerEarth claims its international revenues have more than tripled and now constitute one-third of its revenues. To better tap the US market, HackerEarth has announced that it will set up offices in San Francisco. Sachin will be moving to the US as part of the expansion plans, while Vivek will continue to oversee operations in India.

Corporates have designed a number of ways to tap the creativity and energy of startups (see YourStory’s framework: 15 innovation tips: how large corporations can successfully engage with startups). HackerEarth has helped large organisations leverage hackathons as an instrument to rapidly prototype and crowdsource ideas from a large talent pool; it has developed a software platform called Sprint that helps them run these hackathons at scale.

HackerEarth has organised events like the Enterprise Innovation Summit, with speakers from Accenture, Dell EMC, DXC, Future Group, IBM, SBI, and Societe Generale (see YourStory’s coverage here). HackerEarth says its developer community has grown to 2.5 million, and has a target of 3.5 million developers for 2019; the client base is targeted to increase from 600 organisations this year to more than a thousand in 2019.

By the end of 2018, the company hopes to have conducted over 400 hackathons this year, with an average of 20 prototypes built per event. The hackathons are held across various industries (eg. healthcare, engineering, BFSI, retail, government, NGOs) and technologies (eg. AI, blockchain). Clients include Pitney Bowes, Amazon, Walmart Labs, and Honeywell.

With humble beginnings in an IIT-Roorkee dorm room, the startup has raised two rounds of funding till date, totalling $5 million with investors such as Prime Venture Partners, GSF Accelerator, and DHI Group.

Sachin joins us for an interview at this key moment in the company’s growth. Edited excerpts below:

YourStory: Who are the main drivers of hackathons today - companies, government, universities? How do they differ in terms of focus and outcome?

Sachin Gupta: We have conducted hackathons for corporates, NGOs, the government as well as universities, but our main drivers are companies and universities. Some notable hackathons that we have conducted in the past include the Future Datathon by Future Group, the Alexa skills hackathon for Amazon, the HPE thinkathon and the GE Heathhack for GE Healthcare.

We have also run hackathons for universities such as UCB, UCSF, BPUT, and REVA. For corporates the focus is mostly to find solutions to their core business problems. They want to leverage the power of crowdsourcing to ideate and rapidly prototype solutions.

In the case of government and NGOs, most hackathons focus on societal impact, and for universities, the focus is on programming education. In terms of outcome, we have clocked over 400 hackathons in 2018, which resulted in close to 8000 prototypes being conceptualised.

YS: Who would you regard as your competitors?

SG: There are some local players in different geographies who help in hosting hackathons, but most of them don’t have a platform or community to support hackathons at scale. In the formal space of innovation management, key competitors include Spigit, Brightidea, Crowdicity, and Imaginatik.

YS: What are some key activities planned for next year?

SG: We intend to set up a small team in the US, double the contribution of US business to overall revenues, grow our revenues by 3X, and add another million users to our community, mostly from the US.

YS: What is the country breakup in terms of key focus of hackathon activity?

SG: India and the US are our key focus areas for hackathons. There is also a secondary focus in a few European countries like Germany and the UK.

YS: What do you see as key emerging trends in the space of hackathons?

One of our clients who has been running internal hackathons for some time now has experienced a 400-percent increase in product enhancements. The top industry sectors relying on hackathons for innovation include fintech, IT services, logistics, government and engineering.

A lot of the hackathons that our clients have conducted in the past have been focussed around machine learning, IoT, AI, augmented reality and bots. In terms of format, hackathons can be both online and offline, offering prizes such as gift certificates, gaming consoles and Go Pros (see our online resources).

YS: What kinds of hackathons have you conducted for the social sector?

SG: Here are some of the hackathons we have conducted in the social sector:

YS: What is your advice to the developers and participants in our audience on how hackathons can help them?

SG: Hackathons are a great way to learn new skills, meet up with like-minded individuals, or sometimes even land a job! It is an excellent opportunity to work on that startup idea at the back of your mind and dedicate an entire day to do build things that interest you. Here are our five tips for a hackathon newbie, and a more detailed post on how to win in a hackathon.

YS: What are some challenges in running hackathons (eg. IP, fatigue), and how can they be overcome?

SG: If not tackled from the beginning, IP can become a serious issue. The most ideal way to tackle this is to define the IP rules upfront. In case of an internal hackathon, all IP rights are owned by the organisation conducting it. The company has the full ownership of the inventions made by its employees. Companies need to ensure that employment agreements have provision for hackathon participation.

Fatigue is not a major challenge in hackathons because participants come prepared with that mindset. However, an engaging hackathon conducted in a timely manner ensures that people don’t lose interest. There are multiple things that one can do for this, for example, a recent 24-hour hackathon that we held at HackerEarth saw stand-up comedy performances, tech talks, and some light-hearted entertainment to keep the participants engaged.

YS: What are some of the best hackathons you have conducted, and what makes them outstanding?

YS: What is your advice to companies on how hackathons can benefit them?

SG: Hackathons are an extremely powerful instrument to quickly crowdsource ideas from a diverse audience set and convert those ideas into proof of concepts. In this age of rapid digital disruption, the ability to quickly prototype and take ideas to market is essential for any organisation, and hackathons provide an excellent platform to do that.

Additionally, when done externally, hackathons help an organisation build an effective talent brand. When done internally they help drive engagement and cross-team collaboration in the workplace.