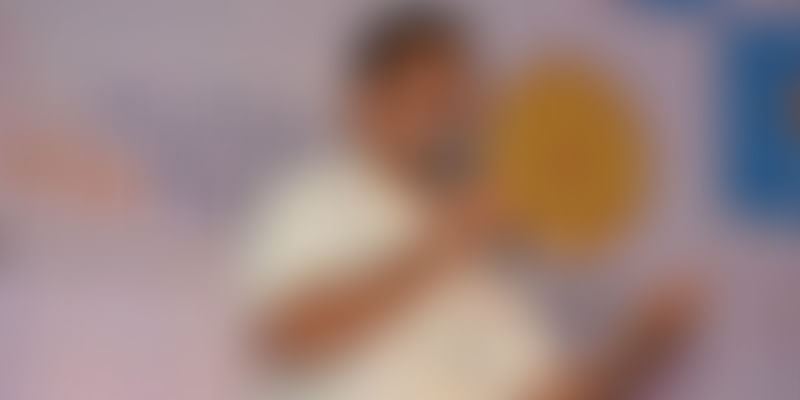 That India runs on cash is a foregone conclusion. It is one of the reasons why demonetisation was deemed a “disaster” in most economic circles. Even though India’s online shoppers (of both goods and services) are estimated to cross 329 million by 2020, their primary mode of transaction remains offline i.e. cash on delivery (COD).

But, last-mile logistics around COD - from lack of trust and connectivity issues to clunky payment gateways - continue to plague all stakeholders: merchants, delivery partners, and customers. Additionally, cash collection costs are huge, and issues like fraud, pilferage, and counterfeit notes, prevail.

It is this problem that Pune-based fintech startup Phi Commerce set out to resolve three years ago. It built an omni-channel frictionless payment processing platform - PayPhi - that enabled all modes of digital payments at the customer’s doorstep.

“Doorstep commerce is what we called it. It was an assisted e-payments model,” Jose Thattil, CEO & Co-Founder of Phi Commerce tells YourStory.

PayPhi not only urged customers to transact digitally, but it also allowed them the luxury of receiving postpaid orders without being physically present at the location at the time of delivery. Even delivery executives are spared the hassle of having to use an additional mobile app to process payments.

Phi Commerce started small but grew to servicing about 5,000 pin codes and processing transactions worth Rs 12 crore by mid-2017. Its focus was primarily on Tier II and Tier III towns, where cash and connectivity issues were predominant.

Cut to 2018-end, and PayPhi reaches about 12,000 pin codes across the length and breadth of the country, and has over 5,000 merchants and several logistics partners on board.

"We want to service 20,000 pin codes by the end of 2019. This year, we managed a 10 percent cash-to-digital conversion. That will go up to 15-20 percent next year.” He adds, “Tier II and Tier III growth in transactions is much higher. Penetration on both agent and customer side has been phenomenal.”

This year, Phi Commerce is out to tap the Tier I market as well. It has not only added merchants, partners and customers more aggressively but is also innovating on the product front and expanding beyond just e-COD. “A new product would be launched by April or May 2019,” Jose reveals.

The startup is even incentivising savvy urban customers to pay through cards. In June, Phi Commerce tied up with Mastercard to offer cashbacks and rewards to customers at the time of delivery. This partnership is operational in Mumbai, Pune, Delhi, and Bengaluru, and will be taken to other cities in 2019.

“Over the next 12 months, we will focus on Tier I and II towns and expect to double our conversion rates to 20 percent. The Mastercard partnership targets the mobile-savvy segment of the market that already has a card and will continue to use it.”

Phi Commerce is also building an offline merchant tool and taking small neighbourhood merchants online. There are nearly 2-3 crore offline merchants in India, and possibly the largest segment that needs to be reformed with payments technology.

“Our tool will help them do faster and quicker payment settlements and give them a much higher working capital efficiency,” Jose states.

The startup’s most interesting exploration happens to be in the segment of credit. Phi Commerce plans to roll out credit options for customers at their doorstep in the next three months. Shoppers will have the option to opt for credit online (during the time of purchase) or offline (at the time of delivery). This is a first-of-its-kind innovation in India’s merchants payments ecosystem.

“Facilitating credit in Tier II and III markets is very different compared to big cities. We are working with credit providers to ensure that this segment of the population should enjoy credit to make any transaction. And, we have a transaction history of consumers. So, we are in a good position to assess their creditworthiness and credibility.”

The company is in the process of refining its upcoming credit solution, and will roll it out early next year. It refused to disclose the financial partners it is working with for the service.

Given the increasing popularity of card payments in India, with debit card transactions having grown 76 percent in October as per RBI data, is an mPOS device on the anvil too?

“Not right now, but we might look at card swipes next year,” Jose admits.

“Globally, the form factor of mPOS devices is changing. Machines are shrinking more and more and that is going to be a game changer. We might come up with something later,” he adds.

Phi Commerce is on the lookout for funds to execute its innovations, and scale up its physical footprint. Back in 2016, the startup had received close to $1 million funding from a clutch of angel investors. Now, it is looking to raise a Series A of about $5 million in the next two or three months.

Interestingly, Jose reveals, the startup is seeing some strategic-level interest too. He says,

“Global peers entering India want to target a segment that is growing and has a huge potential base. The assisted selling model is going to be very important, and some strategic players have shown interest.”

Earlier in December, Phi Commerce was one of the 10 fintech startups roped in by the Government of Maharashtra in its FinTech Accelerator Programme - a three-month programme focusing on startup innovation that enables financial empowerment and advancement in the BFSI sector. The programme is a public-private partnership between the Maharashtra government, NPCI, PayU and a consortium of banks and industry bodies.

Jose says, “It is a privilege to be recognised by the government. It presents a great opportunity for us to enable digital payments for the masses. The government itself is going to provide data and projects to startups like us, and we also get to work with banks and other partner institutions.”