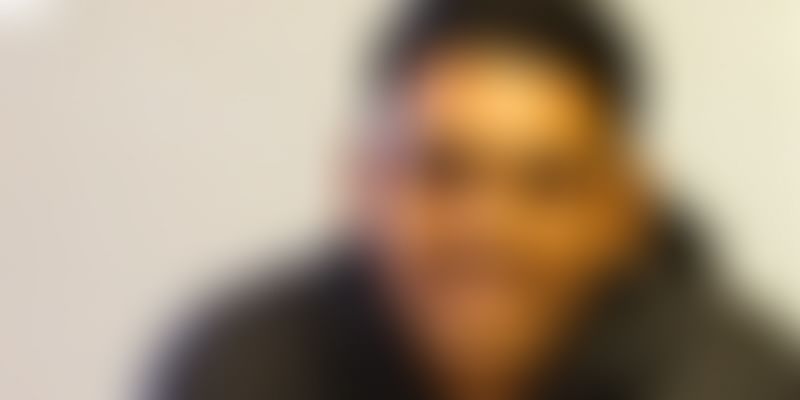 Technology that is ahead of its time is often the key to success; it is also a recipe for failure - something Vijay Ram Kumar learnt in his entrepreneurial journey.

His 10-member team put together technology that could automatically process photos published on content websites and link them with similar products on ecommerce platforms. “Though our technology was almost ready, the market wasn’t ready for it,” says Vijay.

Publishers then mainly relied on advertisements for their revenue and Vijay’s idea did not work. With all of $20,000 in his pocket, he relocated to New York in 2017. His startup, Automatad, pivoted into “programmatic advertising” in 2014. “We went ahead and focused on building products for digital media monetisation. We enable companies to use automated buying and selling of ad spaces,” says Vijay.

Automatad has a suite of products that integrate with content publishers’ websites, perform real-time analytics, and help them maximise revenues by generating the highest yield for any given ad space on the website.

There are several variables that affect the price of an ad view, or impression. Automatad’s technology helps with ‘viewability’ of an ad on a website, understanding fraud or bot traffic, engagement, layout, ad size, and a lot more.

“We’ve built a full stack enterprise-grade software solution that plugs in the ad server of the publisher and optimises for all of the above-said variables, thus generating the highest yield for any single impression,” says Vijay.

Since variables keep changing often, and there are new requirements in digital media monetisation almost every three months, publishers choose to outsource part or their programmatic monetisation to companies like Automatad who can build/maintain the software.

With Automatad’s platform, publisher websites can offer their inventory (or space to publish ads) to help advertisers realise the full potential of its digital assets.

According to eMarketer’s latest report ‘US Programmatic Ad Spending Forecast 2018: Private Setups Pull Even More Ad Dollars to Automation’, over $46 billion will go towards programmatic advertising in the US this year, about $10 billion more than last year. That translates to about 82.5 percent of all US digital display ads being bought through automated channels in 2018. Digital advertising in India is a little over $1 billion.

Automatad has built various products over the last five years and works with more than 100 content publishers in different capacities across four countries (India, US, UK and Sweden). It also has tie-ups with over 16 global advertising agencies.

It has been generating profits since it is early days and Vijay says he has not felt the need to raise external funds.

The decision between growing revenues and building for the long term is a tough choice. While growing incremental revenues may have an immediate impact in the company, lack of long-term thinking can eventually hurt the business. Vijay also says that from having a product market fit to being irrelevant can be a matter of a few months. “Being nimble is the only option that startups are left with,” he adds.

According to Business Insider, Facebook and Google command 62 percent of the world’s online advertising. Automatad’s real-time advertising system works with any publisher. Its technology is based on distributed systems spread across the globe to ensure the lowest latencies in delivering ads.

“We have systems in place through which we can control subtle variations across multiple publisher sites within seconds. Our data analytics and reporting systems measure, optimise and report performance and revenue metrics to the publishers,” says Vijay.

It did not reveal its clients but said it partners with some of the best demand-side partners like Rubicon and Pubmatic.

“We’ve been operating in the Indian Market for the last four years and have a majority of the large media properties working with us and utilising our solutions. We’ve been focusing on scaling globally for the last nine months and have established a US entity to scale further. Our growth has been 3X Y-O-Y for the last three years and to continue on the same streak,” says Vijay. He adds that he will close FY19 with a revenue of Rs 25 crore.