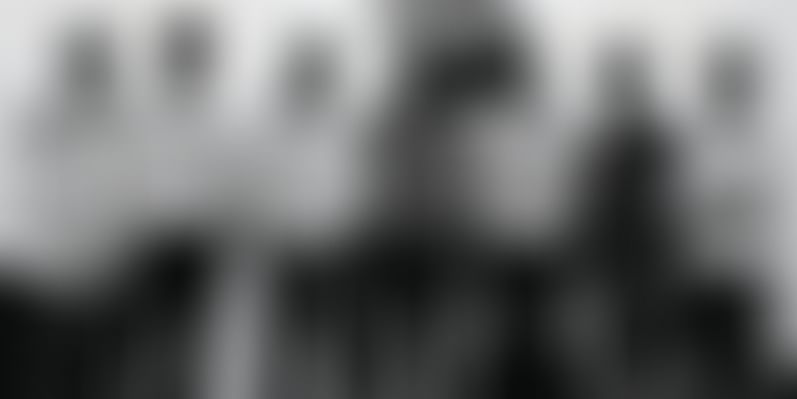 Box of Science manufactures and markets affordable DIY science kits for prices as low as Rs 50. It aims to make science concepts simple and easy to understand.

How often have we sat through science classes and wished the topics were made more interesting and interactive? How often have we wished complex concepts were broken down in simple, understandable terms?

That’s the endeavour of Box of Science, a Pune-based startup founded by Parag Gore that manufactures and supplies DIY science kits and conducts workshops in schools across the country, both in urban as well as rural areas.

It began with a dot in the sky

And to think, it all began with a dot in the sky. It was 2003, Parag was a tenth standard student. It was announced that the International Space Station (ISS) was to be visible to the naked eye from earth. Parag was excited to spot the dot in the sky.

He was intrigued and wanted to know more. However, he came from a small town - Ahmednagar, in Maharashtra - and had to go in search of internet cafes to get information. “We saw a small dot passing through the sky. I informed all my friends and explained to them what was happening,” he recalls.

A science buff, he started a science communication group with friends and organised public lectures on astronomy, talks by scientists, slide shows, sky observation programmes, science festivals, in schools among other things. He also started writing for newspapers and for programmes on radio. Since 2007, he has written around 10 episodes for All India Radio titled Nate Nisargashi (Our relationship with nature) in Marathi, which ran for a year. Today, another series, Vigyan Jagat (World of Science) runs every Tuesday on the channel.

His inquisitiveness drove him to build a telescope while pursuing a BSc in Physics in Ahmednagar College.

He was already a science communicator during his Masters in Instrumentation Science (2009) in Pune University. During this time, he visited schools, organised public sky observation camps, developed programmes like ‘Science from Trash’ for government schools in rural areas free of cost.

“The Indian education system lacks the force to utilise talent for solving real world problems. I realised that there is a huge gap between talent and skills, knowledge and actuation within children. Even a small task of tying a thread needs instruction for a child,” says Parag.

Parag wanted to change this scenario, and so he quit his job as a science trainer at Zee Learn, Pune, in 2011-12 to start ‘Science in Action Club’(for training) and developing resources on ‘Experiential Education’. Slowly it developed into Box of Science in 2017, after four years of social work.

After analysing the syllabus of major boards in the country such as ICSE, CBSE, etc he designed 50 odd activities, to re-innovate the school curriculum.

How interesting it would be for a child to make a 3D model of a rocket? Or a model of the human eye to learn the concepts of light?

From Physics to Chemistry to Robotics, Box of Science has a range that comprises 70 kits for around 200 activities. These kits come with manuals that contain notes. Some of the other kits available include making a remote controlled Mars Rover model, explaining concepts of atoms and molecules through ball and socket joint models, making of a model of Chandrayan, robot making, etc

“The basic cost of production of a kit ranges from Rs 10-5,500, depending on the type of the kit,” says the founder.

These kits are made out everyday things – from paper, metal, glass, wire to recycled foam. While Parag does not reveal the names of the suppliers, he says that they are located mostly in Delhi, Mumbai, and Chennai.

Substituting glass mirrors with a paper mirror for a kaleidoscope kit is one example where cost is reduced.

Since its inception in May 2017, Box of science has supplied kits to more than 50,000 students in around 50 schools across five states (Maharashtra, Goa, Karnataka, Tamil Nadu, Gujarat and Rajasthan).

It has conducted workshops in more than 100 schools and trained more than 1,000 teachers across the country. In 2017, it reached 17 schools and more than 5000 children in Pune alone. Box of Science also conducts CSR projects for organisations such as SAMPARC Balgram, Snehalaya, Smriti Pratishthan, ISKON, Aranyanan.

Convincing parents and schools to adapt to new concepts has never been easy. Parag says that the concept was new for Indian parents as they do not prefer paying for anything else other than academic activities. “We reached out to schools and parents personally and understood their reluctance, and so decided to price the kits and workshops accordingly,” he says.

Parag also faced some financial challenges. “It took me three years and Rs 5-10 lakh to build the products,” he says. Today he has a core team of eight members with 20 volunteers.

Box of Science sells its Science kits through its website and online platforms such as Amazon, Flipkart, Snapdeal, and Craftly. It has also recently started selling its products through distributors and retailers.

When you are just starting up, friends are an indispensable part of the journey. As Parag says, “I began manufacturing at my home. At that time two of my friends were there with me and once we launched Box of Science, I on-boarded the team. In 2017, we shifted to our manufacturing unit in Dangat Industrial Estate, Shivane, Pune. We manufactured 2,500 kits last year.”

The Indian EdTech market, estimated at over $70 billion in 2017, comprises the higher education sector (50 percent), K-12 (40 percent), and coaching/tutoring taking up the remaining 10 percent.

Startups such as Smartivity Labs provides AR activity based kits, STEMRobo, Avishkaar Box, evive, Electron Blocks etc also provides such DIY kits. While most of these startups provide kits till the tenth standard, Box of Science provides them to students till the twelfth standard.

Bootstrapped till now, the company is now looking for investors. It claims to have made more than Rs 18 lakh in one year of starting its venture. The company plans to double the revenue by the next financial year.

In the future, Box of Science plans to develop more kits for direct selling, improve network and increase its presence in all states of India, connecting more schools, strengthening revenue sources and widen the movement on experiential education.

“We also plan to set up science hubs that would be private activity centres in villages,” he says.