‘We want to be on Nasdaq so that we can have the right comparables’: Sandeep Aggarwal of Droom 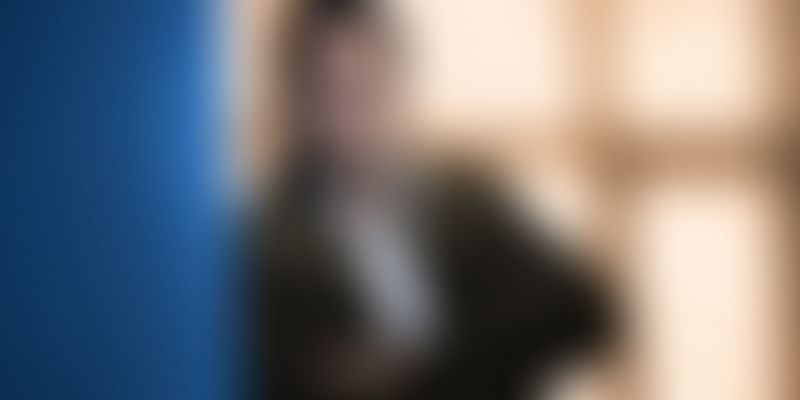 Droom, an online marketplace to buy and sell new and used automobiles, was started in 2014. The Singapore Holding Company, with subsidiaries in India and the United States, has so far raised a total of $125 million with over six rounds of funding. Some of its prominent investors include Lightbox, Beenext, Beenos, Digital Garage, Toyota Tsusho Corporation and Integrated Assets Management. The company has already entered Singapore and Malaysia and will be available in at least nine countries before 2020, including Vietnam, the Philippines, Cambodia, Laos, and Myanmar.

As Droom prepares to list on Nasdaq in 2020, YourStory met Sandeep Aggarwal, CEO and Founder, Droom to understand how the company evolved in the last four years, how many revenue sources it has built, how it ensures vehicle safety and many other things. Edited Excerpts from the interview:

YourStory (YS): How has Droom’s journey been so far, and what kind of challenges have you overcome to date?

Sandeep Aggarwal (SA): We started as an online marketplace for used cars in Delhi. Three months later, we had used cars and two-wheelers, but only in New Delhi. A year later, we had used cars and two-wheelers in 100 cities in India. Six months after this, we had facilities such as insurance, roadside assistance, warranty inspection. Now, we have automobiles across 48 categories including planes, bicycles, segways, golf carts and yachts among others.

We started building an entire ecosystem because I realised that being in Droom in 2014 was very similar to being in Flipkart in 2008. Everything was up for grabs. So, we kept on building one by one. Besides that, we grew so fast that we always ran short of office space and ran short of people, which in hindsight are good problems to have.

YS: If you were to tell us at what stage you are in currently, what would you say?

SA: I would like to draw an analogy to the 1700s when farmlands got converted into what is now Manhattan in New York. People kept hearing for decades that the world’s most-advanced city will be created there. But all they saw was dust, drill machines, charcoal, cement, and a lot of construction, and it was never-ending. So many people must have got frustrated and would have thought they will never see a modern city.

This is how I felt until very recently. We were exactly like that. We were in a very deep infrastructure mode from the last four years, which we will continue to be, because it takes a decade to create a world-class company. But now, we are creating a lot of things which are very monetisable and its increasing.

Today, we are touching almost $1 billion in gross revenue and $23 million in net revenue. We get nearly 40 million user traffic, and we are touching close to 9 million app downloads. We have 270,000 auto dealers on our platform, and we have sold six lakh vehicles in the last four years, which is worth Rs 8,000 crore.

We are now looking at listing on Nasdaq by 2020, and by then we are looking at a gross revenue of $3 billion to $3.5 billion and net revenue of $110-120 million. That is the kind of stage where we want to be and we are already at one-third of the level currently.

YS: What are the key aspects to ensure the cars and vehicles on your platform are verified and safe to use?

SA: We are not selling the brand new unsealed box of iPhone, which is standard, and you know the condition. We are selling automobiles like Maruti Suzuki and Wagon R, which has been used for 70,000 km since 2014. So, there’s a lot of subjectivity.

An Indian consumer is concerned about four things - How do I know the exact condition of the vehicle? Am I picking it at the right price? Can I trust the seller? Are the documents genuine?

On the pricing front, Droom has created Orange Book Value (OBV) for benchmark market value of a vehicle. You know the price of one-litre diesel or 10-gram gold and the stock price of a company. But what about used vehicle pricing? OBV’s patent is pending and it is an independent tool, which is an algorithmic pricing engine to find the fair market price of any used vehicle. With OBV benchmarking, we can get the right price, rather than pulling a number from the hat.

We also have ECO, which is a virtual inspection service that users can use to get a thorough 121+ point auto inspection performed by certified technicians at their doorstep. We have 6,200 auto technicians who can perform any vehicle inspection under 48 hours. With this service, we can even give you repair estimates. We give you independently taken pictures, as you know the pictures are always better than the actual. So, when the inspector is taking a picture, they are more realistic.

Droom History is a repository for a vehicle’s historical record, which allows users to know how many owners have changed hands on the vehicle if there is a disputed title, was it stolen, does it have an outstanding bank loan, accident history and other things.

YS: How are the prices decided for the vehicles?

SA: If you're selling, it is your privilege at what price you want to sell. We are not a marketplace, an ecommerce company, or a retail company, but theoretically, we are a technology, IT, and data science company. So, whenever you are selling a vehicle, Droom will give you Orange Book Value benchmark pricing that this vehicle’s worth is between Rs 4.3 lakh to Rs 4.7 lakh.

If you don't use that price, then we will give you a further recommendation. For example, “Dear Rashi, 73 percent people have sold a similar vehicle at a price below your pricing. Would you consider changing it?” If you don’t change, then we will give you another data, like an average price or median price at which similar vehicles were sold during the week or during the last 90 days. We have also started giving a number for chances.

If you sell your car for Rs 4.7 lakh, we will say the chances of selling it are 12 percent and the time to sell is 43 days. And if you reduce the price to Rs 4.5 lakh, then we will tell you that the chances are 28 percent and selling time could be up to 30 days.

YS: In terms of unit economics, how has it changed over the years, and how has it evolved now?

SA: In the first year, we made close to 1.5 percent as our income on one successful transaction. We incurred almost 12 percent in marketing and 4 percent in indirect expenses like my salary, office expense, legal, travel, etc. That was our economics four years ago.

In the second year, our economics became 1.75 percent on a transaction, marketing cost went down to 6 percent and all other expenses down to 2 percent. Today, we make roughly 2.4 percent, spend 2.9 percent on marketing, 1.5 percent on all other negative expenses.

YS: How has the business model evolved over the years?

SA: In the past, we only made money by selling vehicle sold by an auto dealer. But today, there are three business models - classifieds, discovery platform, and transaction-based platform.

We also monetise OBV, as we sell that as a package. Our fintech service Droom Credit too has three business models - we sell leads to the lenders in the range of Rs 50 to Rs 250; since lenders user our credit technologies, we charge 1 to 1.5 percent of the loan value and roughly Rs 3,000 as a processing fee, and third is we have started deploying some of our own capital, and that’s the most profitable business.

Earlier, we had only one revenue source, and now we have six revenue sources and still 80 to 85 percent of the total revenue comes from the sale of two-wheelers and cars. About 15-18 percent is coming from other categories, which is growing five-six times faster than the 85 percent.

YS: So why listing on NASDAQ, and not BSE or NSE?

SA: So the idea behind listing on Nasdaq is that a technology business needs comparables. For instance, if you are buying a house, you will like to know how much someone else has paid for a similar property. Hence, benchmarking and the comparison is very important in any transaction. In BSE (Bombay Stock Exchange), we will have no or very less comparison. But in Nasdaq, we have Rediff, Sify, and MakeMyTrip among others.

Also, our comparables are not in India, but in China. We want to be on Nasdaq so that we can have the right comparables. And this was a long-term plan. Therefore we incorporated in Singapore from the beginning because if you are incorporated in India, you must list at least one stock exchange in India before listing it anywhere outside.