Beyond Flipkart and Amazon, a new breed of startups is powering small sellers to ride the ecommerce wave in every corner of India 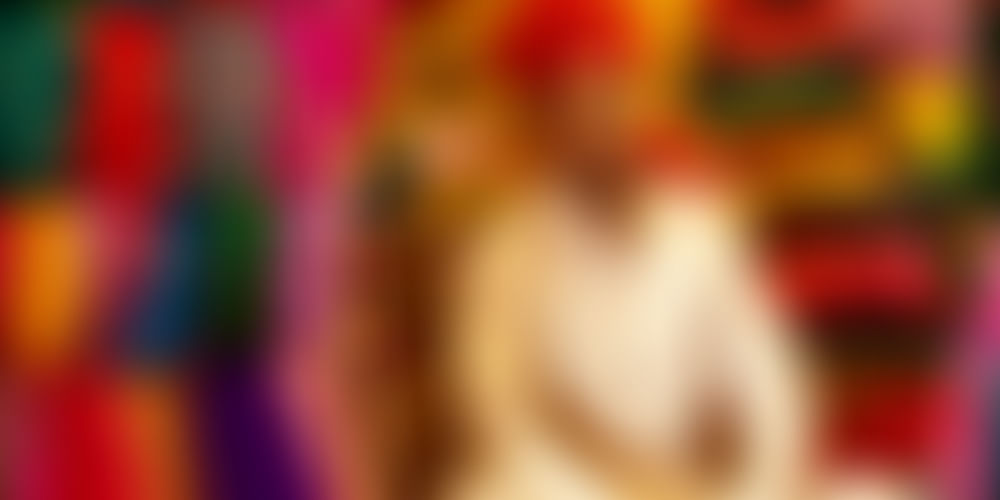 Meet a new breed of startups that are driving India’s ecommerce boom by enabling small businesses to go online by managing everything - from sourcing products from India or abroad to ensuring last-mile delivery.

Susheel Kumar runs a provision store in Hassan, a small town in Karnataka, selling stationery, daily essentials, and other fast-moving consumer goods. To earn more, he tried adding more kinds of merchandise. His customers didn’t exactly flock to buy these, which means he was stuck with a large inventory and consequently incurred huge losses. A year later, in 2016, Susheel tried something that would let him sell a wide range of products without bleeding his business. He signed up with ShopX, a Bengaluru-based startup that helps small shop owners sell online using its ecommerce platform. Since then, the additional sales of FMCG products have seen his monthly earnings go up by Rs 15,000-Rs 25,000.

Susheel is just one of the lakhs of small business owners who are jumping on to the non-metro ecommerce bandwagon. And helping him and others like him sell online by connecting their physical supply chains to a digital distribution network is a new breed of startups like ShopX, LaYuva, Meesho, Shopmatic, Shyplite, Shop101, GlowRoad, Ezmall Zepo, Kartrocket, and Shopify. These startups are enabling small sellers to ride the ecommerce wave in India by providing them with the back-end solutions they need without starting from scratch.

ShopX aggregates small businesses into a network, enabling B2B and B2B2C commerce and credit. It connects small retailers and big brands and suppliers through its app. Retailers get not only their own customised online store-front, but also an on-demand dashboard to check their transactions and order fulfilment in real time, as well as to plan out their delivery routes and manage end-to-end logistics.

Backed by Nandan Nilekani, the startup aims to digitise ecommerce in India beyond Tier I cities. Their aim is to expand ecommerce to “India II” (aka Bharat). Co-founder and CEO Amit Sharma estimates that these small merchants constitute about 90 percent of the Indian consumption economy, which according to him, is worth $700 billion.

Like many others, Amit believes the next wave of growth and market expansion for digital retail in India will come not from the traditional ecommerce model, but from a new offline/online (not necessarily omnichannel) model. He claims this has the potential to make up as much as around 20 percent of a space that is likely to be worth $1.5 trillion by 2025.

ShopX currently covers 70,000 retailers across 300 towns and is reportedly clocking over Rs 500 crore in annualised transaction volume. By the end of this year, it aims to have 1 million small retailers on its platform.

Not limited to kiranas going online

For instance, college student Riya tried selling products online to earn an income on the side. The fledgling business faltered because the products she could access for sale were limited because she was based in Indore. The supply too was erratic. Not one to give up, she set about finding a way out and discovered LaYuva, which enables resellers set up their businesses by utilising the latter’s offline and online networks.

After signing up with LaYuva, she saw a manifold increase in the number of orders to the extent that she now has a full-time business that she runs along with her mother.

Says LaYuva Co-founder Rahul Bahukhandi, “Today, a reseller or shop owner has to either travel all the way to markets such as China, Japan or Korea, or reach out to distributors who in turn procure these products from vendors in international markets.”

Which means a product travels from a manufacturer to a distributor, then to a wholesaler, and onward to a local reseller who co-ordinates with vendors in other markets to sell or export these products.

This is where the Gurugram-based LaYuva comes in. It simplifies the process of procuring products from these three countries by eliminating the multiple stop-points. The company directly imports products from the manufacturers in these countries and stores them at a local warehouse in India from where they are bought by both resellers and retail customers, often in smaller cities like Surat, Guwahati, Lucknow, and Kanpur, etc.

Harish H.V., an independent ecommerce consultant, says that the trend will only grow further, because “people are increasingly looking for work from home options and part-time earnings, and ecommerce has turned out to be that opportunity for them”. However, not every reseller or small business owner strikes gold.

According to a report by Google and Boston Consulting Group (BCG), India has about 50 million registered small businesses, and only about 1 million of them are online, mostly selling through Facebook and WhatsApp. By 2020, 10 million of these businesses are expected to go online.

“These sellers will need a lot of support from the ecosystem to sustain themselves in the market,” asserts Harish, formerly a part of Grant Thornton.

He points out that independent and small or medium sellers will need to work consistently and promise a particular quality. They will also have proper systems in place so that the customers are not impacted and do not get upset. “If they can ensure these, it can become a larger than expected trend in the coming year,” he added.

The logistics game for small merchants beyond the metros

A critical component in customer satisfaction is proper and timely delivery, and logistics remains a big challenge for small businesses selling online. Tackling this issue is Shyplite, a service-centric platform that was set up in June 2016 by three friends, Sugam Jain, Parinay Itka, and Nisschal Jain.

Most small and medium retailers in the country work with manual processes in logistics. It takes them a lot of time to manually book, track, and manage their shipments with multiple courier or logistics companies. Delhi-based Shyplite is an automation platform that lets retailers and e-tailers manage their logistics by providing a single window "shipping gateway" integrated with multiple carriers. Parinay clarifies that this is not aggregation, but automation.

“Based on data related to the shipments, we pick out the carriers in the backend so that the seller does not have to do anything,” he says.

The platform offers single pricing for sellers, and there is no minimum shipment cost or subscription plan. Sellers can simply sign in and start using the platform, he explains.

Sellers prefer selling directly to their buyers via their own ecommerce sites, which increases the need for logistics support. According to Parinay, a major trend for ecommerce in 2019 will be the drop-shipping model (providing products by direct delivery from the manufacturer to the customer), which enables even students and homemakers to run an ecommerce business without having to invest in inventory – purely a logistics management play.

Given that many of these sellers are first-time business owners, Shyplite is also expanding its service and support teams to handhold the through the process.

It’s not just home-grown startups; foreign companies too see the value in the ecommerce explosion in non-urban India. Singapore-based Shopmatic says it is creating a level playing field for small sellers by setting up online stores for business owners. Its customers range from a seller in Nainital who supplies organic products from the Himalayas across the world, and a family-owned business from Karnataka’s Kodagu district selling fresh, hand-ground coffee to the rest of India.

Shopmatic Co-founder and CEO Anurag Avula says the technological penetration is led by a need for ecommerce players to create a realistic experience for their users and provide the most intuitive and smart experience possible.

2018 was an incredible year for ecommerce in India. The world’s largest ecommerce acquisition was Walmart buying Flipkart for $16 billion. Amazon invested billions of dollars in India and Google launched its shopping aggregator service here. But the after-party could well be set among the resellers segment.

Mumbai-based social ecommerce platform Shop 101 raised Rs 80 crore in Series B led by Kalaari Capital and Unilever Venture. The company essentially allows its wide user base such as established merchants and budding entrepreneurs including housewives, college students and young graduates, to build a business with zero investment by selling online and across WhatsApp, Facebook, Instagram, and other social channels.

Earlier in November, ‘social-selling’ platform Meesho raised Series C funding of $50 million from China’s Shunwei Capital, DST Partners and RPS Ventures. It connects suppliers to resellers, and small business owners, who then use social networks such as WhatsApp, Instagram, and Facebook to promote products (often personal care, apparel and accessories) within their networks. Meesho also helps business owners to manage orders, process payments and handle their logistics for delivery. Other than English, the app is also available in Hindi, Bengali, Tamil, Telugu, Malayalam, and Kannada.

To create a level playing field, the Indian government recently updated the country’s foreign direct investment (FDI) policy, which outlaws any entity related to ecommerce platforms from selling on that site and imposes a limit on how much a vendor can sell on the platform, restricts discounts, exclusive sales, and cashbacks. This was possibly the outcome of protests by traders’ bodies like Confederation of All India Traders (CAIT) and the All India Online Vendors’ Association (AIOVA), which represents more than 70 million traders across, complaining that big e-tailers are not creating a level playing field for other sellers. But that’s another story.

Either way, 2019 is more than likely to see small-town ecommerce boom in a big way. As RedSeer’s Ujjwal points out, “Only 110 million out of 300 million social media users shop online. Which means about 190 million people use the internet but don’t shop online, and startups creating reseller ecosystem for them has a lot of potential.”