This RJ-turned-entrepreneur serves up snackable radio content beyond music 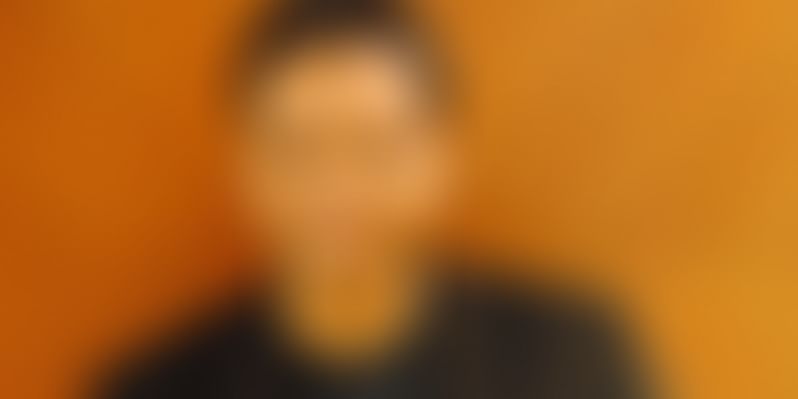 Focussed on the non-metro towns, Creative Antenna helps provide snackable and on-the-go radio content without the need for an internet connection.

Tuning into the radio on your way to work would mean you get to listen to the latest songs. But what if you can listen to other engaging content that can be entertaining as well as informative? This was the idea Rahoul Bhaargava had when he set up Creative Antenna in 2013.

Rahoul, 39, wanted to offer radio as a platform across leading telecoms to provide engaging content that goes beyond music. The Mumbai-based company ties up with telecom companies to provide offline content for their dial-up services, which can be accessed without internet by the users.

“Creative Antenna was founded to provide premium quality audio content to all people who carried a mobile phone. What we wanted to solve was that of quality or rather the lack of it for telecom companies that provided content as part of their mobile value-added services,” Rahoul says.

How does Creative Antenna work?

The content ranges from movie reviews to jokes to current affairs to sports updates, depending on the requirement of the telecom companies.

“We offer this content in 13 different languages and the listener can choose to listen in their preferred language from anywhere by simply dialing into a short code that gets you onto an IVR (Interactive Voice Response). This offers a vast selection of choices as per your mood and requirement,” Rahoul explains.

He adds that companies other than telecos too approach Creative Antenna for content for their internal radio stations.

Focusing on snackable content for people on the go, Creative Antenna is also looking at a variety of ringback tones, videos on demand, mobile gaming - for 4G handsets as well as for markets with low data penetration.

Though the company targets anyone and everyone who carries a mobile phone, it currently focuses on non-metro towns across India. “Even in metros there is a lot of migrant population - the workers and people who primarily do blue-collar jobs are our target audience; they are the ones who consume our content the most. And then the white-collared segment looking for entertainment and information while travelling to work also listen to our content,” Rahoul says.

Rahoul, who has a Marine Engineering degree from BITS, Pilani, had worked for two years in the shipping industry. But his interest in music took him to radio. As a radio jockey and programme director for leading FM channels like Radio Mirchi and Radio City, he understood the power of content and its effect on people. The idea to have his own company to produce quality content sprang from his general dissatisfaction with the way things worked.

“All the radio channels played the same music and same or similar content. Apart from the RJ, there was really no difference in content between the channels. Moreover, media houses are still figuring out a way to monetise their vast content library,” Rahoul says.

With Creative Antenna, the mobile VAS ecosystem gave him the opportunity to monetise content as most companies giving content to the mobile ecosystem were doing a shoddy job and there was an acute shortage of premium content.

A significant challenge that Create Antenna faced is the initial entry barrier and the various guidelines that had to be followed to adhere to quality. Rahoul says that the team overcame all this by being persistent and offering value to its clients.

Its customers are largely telecom companies that offer entertainment in an engaging format without being dependant on internet connectivity. Rahoul says that it has all telecom companies except Jio as its clients. The team is now looking to enter sectors like hospitality, aviation and travel to provide content that can reach their target audience.

According to a TechSci Research report India’s radio industry is forecasted to reach $656 million by 2019. Today, music streaming and download apps like Saavn and Wynk are also emerging.

The team claims the rich content output and superior quality to be its USP which comes from the studios where the founder himself is involved in the process. The company has currently 15 members in its team and about 20 consultants.

Creative Antenna charges its clients on the basis of the content it produces for their consumers. This varies from a percentage model to a fixed retainer model depending on the client agreement.

A bootstrapped startup, Creative Antenna reached breakeven in about six months into the business. The company currently claims to be at $2 million revenue and has a growth rate of 25-30 percent year on year. It claims to have over 50 lakh dedicated end users in Tier II and III towns across the country.

Rahoul and his team are now set to enter markets like cab rentals, in-flight entertainment and other such segments where the customer seeks entertainment that has engaging content and not dependent on the internet. The company is also actively looking at other international markets.