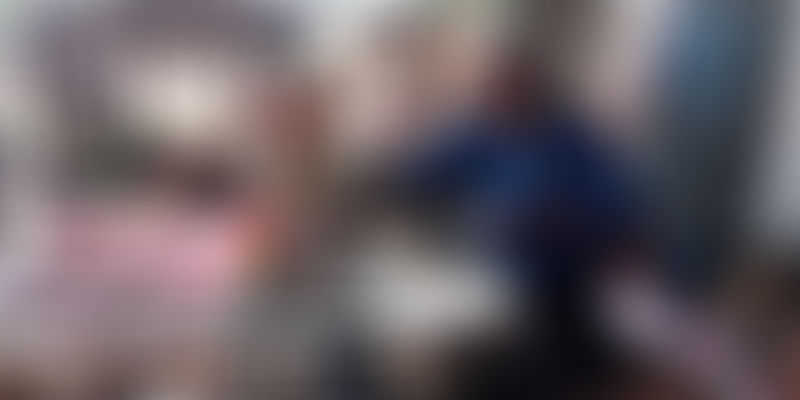 Devarapalli Prakash Rao, a 59-year-old tea seller, has been awarded Padma Shri, the fourth highest civilian award, for his contribution towards boosting the value of education among slum kids.

Since 2018, 59-year-old Devarapalli Prakash Rao, a tea seller in the city of Cuttack, Odisha, has been making headlines across the nation. He first came under the spotlight when Prime Minister Narendra Modi visited him whilst at Cuttack, and then when he mentioned his work during one of his Mann Ki Bhaat radio broadcasts. Today, Rao is the recipient of Padma Shri, the fourth highest civilian award from the government.

For the past two decades, Rao has been setting aside half his income from selling tea for educating 70-plus slum children, aged four to nine.

These are the kids of rickshaw pullers, daily wage earners and municipal drain workers, who don’t have the privilege to access quality education.

By starting a school called ‘Asha O Ashwasana’ in 2000, Rao ensured these children do not get pulled away by crimes and alcohol, and instead concentrate on education. Despite not being encouraged by his own father to pursue studies, Rao never stopped helping the young minds around him to get a proper education, reports Financial Express.

In a conversation with India Today, Rao said,

“I got a call from Delhi saying that I am being conferred with the fourth-highest civilian award, the Padma Shri. I don’t deserve such a big award, but if people want this award for me, it will be an inspiration for others.”

Rao, who had quit school due after passing Class X due to poverty, is now an inspiration to many. In addition, he has a strong command over eight different languages and helps other children along on their journey to gain knowledge.

Besides being a vocal advocate of education, he has also been an active blood donor since 1976. With the aid of his income, he also feeds the children with milk and biscuits as mid-day meals and provides school uniforms and footwear.