Looking for financial MasterClasses from industry experts? LearnApp helps to get you started 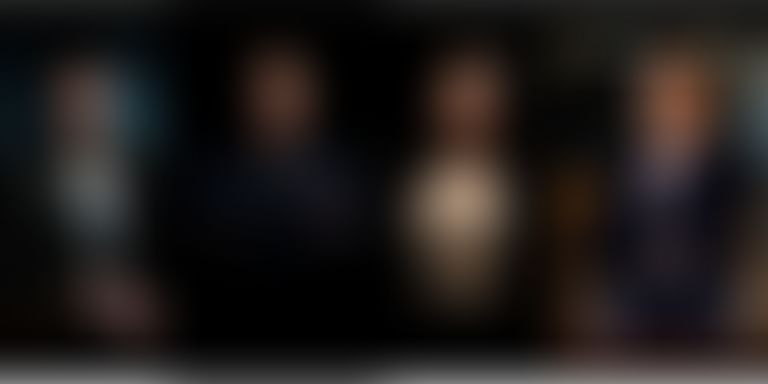 Noida-based LearnApp offers live interactive video classes on markets and investing; aims to help you become a financial wizard and be trained by the best fund managers from the industry.

It was 2007, and Prateek Singh had to let go a year of his college after his parents had to relocate to India from Malaysia. No school would admit him because it was the middle of the semester. The boy definitely had a lot of time on his hands. While his parents thought of different ways to keep him occupied, it was his father who casually asked him one day, “Why don’t you start trading”.

This was 12-years-ago when Prateek was just 17. So, when other students his age were dreaming of living their college life, Prateek started trading in markets.

Prateek, under the tutelage of his father for the past 12 years, has now become a seasoned investor. During the course of time, he also founded four startups, which were around educating the investors about markets and investing. According to him, it was not easy and he had to learn the hard way.

“I failed four times. But, I always made up for my losses because I was an active investor in the markets. However, I decided to start up for the fifth time, and this time around, I realised entrepreneurs need the best advice from senior people in the industry, and launched LearnApp to bring global business leaders to the doorstep of the entrepreneur,” says Prateek.

Launched in 2018 in Noida, LearnApp is an education portal that offers interactive courses on markets and investing through live videos. In just eight months of operation, its revenue stands at Rs 1.14 crore.

LearnApp has so far registered 16,000 users with over 1,10,000 unique visitors who have visited the website without running any ads, and the company says it has acquired users mostly through social media and referrals of existing subscribers. It charges its users Rs 500 per month to access all 50 courses/live-classes on the platform.

The Genie in the Lamp approach

Speaking about the initial days Prateek says: “In 2018, when we created the first version of 'LearnApp' on a PPT presentation, it had eight courses, all taught by me. Our adviser, Nithin Kamath, Founder of Zerodha, assured me that he would support me in whatever that I do, but, he said, this looks like a pretty bad idea.”

Prateek says, his adviser was completely right, and so they had to re-imagine the platform using the genie-in-the lamp framework. The Genie in the Lamp Framework means writing down why your business benefits users in bullet points and then writing the 10x version of it.

For example, the original plan was the LearnApp founders would teach, and then the team would film videos at a home studio and charge Rs 3,000 per course (around 50 live classes).

And their 10x plan was the CEOs, their team and practitioners teach, LearnApp would hire and train an in-house movie crew to film and create stories to engage the learners, and they would charge Rs 500 per month to access all 50 courses - i.e., Rs 10 per course.

“We created an imaginary homepage on PhotoShop with eight leaders to make our vision believable. Currently, we have 25 leaders teaching including everyone we first imagined. The Genie in the lamp framework worked for us and we signed in some big names,” says Prateek.

Today, they have signed in stellar people on the LearnApp platform, which includes:

These industry experts conduct classes for 12 weeks, and the course work involves online tests and there are no repeat questions. The videos once subscribed to are available to individuals as long as they subscribe to the platform.

“What’s more is that each leader and the team contributes knowledge with no expectation of anything in return,” explains Prateek.

He says, this model led LearnApp to raise Rs 2 crore from Rainmatter as seed capital.

Prateek says, LearnApp brings down the cost of learning because financial education costs anywhere between Rs 30,000 to Rs 3 lakh per course. Even the instructor may not be credible and the platform solves this issue by bringing in industry leaders.

There are also a lot of false promises (tips, guaranteed returns) in video education, but here you learn from the best, he says. “We are also launching a Hindi version of all video courses,” says Prateek.

Prateek believes he has the right business model. He says:

“There is no major player for online video in financial education at this price point to my knowledge. It is fragmented mostly through workshops, webinars, and low-quality screen capture type video series priced extremely high.”

LearnApp currently competes with Udemy, Udacity, and Upgrad, but they are massively open online courses.

“Our biggest challenge has been to work with leaders to carve out several hours to design the course and then a few hours to film them. But this is the most fun part and we can develop long-lasting relationships and become friends with smart people,” says Prateek.

The good part of the journey is that the founding team has built the learning management system from scratch on a VueJS for the front-end and Amazon Web Services and NodeJS for the backend.

Prateek says, although subscriptions costs are very low, it is extremely important for them to make LearnApp sustainable.

So far, the company has proved that without advertising and high-quality content you can create a win-win situation for the learner and the platform. It has grown organically, and hopes to soon become the MasterClass of financial education.