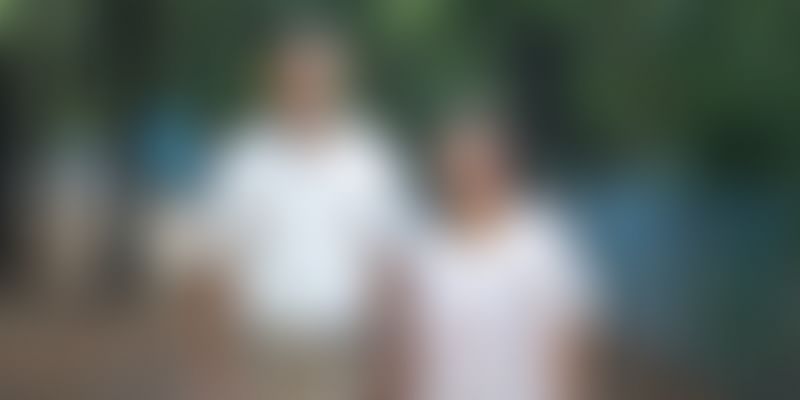 Rang De is an internet-based peer-to-peer micro-lending website, empowering individuals to lend to rural entrepreneurs across the country. The platform has helped over 15,000 individuals lend Rs 80 crore and reached out to 65,000 entrepreneurs with affordable credit.

The November 2016 demonetisation helped India understand the importance of digital financial inclusion. Many unbanked people opened bank accounts and regulations came into place for new-age fintech companies. By 2017, one segment of the sector came under the purview of the RBI: peer-to-peer (P2P) lending.

For a credit-starved nation like India, P2P lending became the first source of credit. So when the RBI issued guidelines on this in 2017, it changed the way many businesses operated. One of them was Rang De.

Founded in 2008 by Ramakrishna NK and Smita Ramkrishna, Rang De is an internet-based peer-to-peer micro-lending website, empowering individuals to lend to rural entrepreneurs across the country.

A P2P platform is an online portal that matches borrowers with lenders. There is no need for a relationship to be established for the financial transaction to take place. The platform also provides flexibility for both parties to make choices in borrowing and investments respectively.

In 2017, there was a strong push towards regulations in the segment. Once the RBI issued its guidelines, Rang De had to shift gears from a public charitable trust to a private limited company, after nine years of operations. It also meant applying for an NBFC P2P licence with RBI.

Since the company could no longer have access to grants, the new platform sought to bring changes that would enable RangDe to meet operational costs along with the RBI’s guidelines. It also meant that the platform had to “raise equity investments for the new entity”.

In January 2018, the social investors (lenders on the platform) volunteered to become equity investors.

“We were able to file for a licence with RBI, thanks to 23 of our social investors who participated as equity investors. The investors include the likes of Girish Mathrubootham, who have also been long-time supporters and well-wishers of Rang De. From 2018 to 2019, we took a gap year prior to our launch,” says Smita Ramkrishna, Co-founder and Chief Impact Officer at Rang De.

In that one year, the team built the platform to suit the new guidelines and bring in needed investment.

“Our key clients, our social investors, are individuals who want to make a meaningful investment to accelerate financial inclusion in India. We have social investors across the globe and they include NRIs, millennials, mothers, designers, CEOs, and many more,” Smita says.

When a social investor visits Rang De they can make an investment by choosing to invest in curated communities. All investees go through a diligent screening process to assess their credit score. The team works with partners who have been carefully selected, based on their previous work in their target regions. The borrowers pay interests ranging between 4.5 percent and 10 percent flat per annum for their collateral-free loans.

Once investees are screened and their credit applications approved by the impact team, they are on-boarded onto the platform. Investors are constantly updated on the progress their investees are making.

How the investors helped

"I have been an active social investor on Rang De for several years. They have been able to provide an efficient platform for people like me to connect with entrepreneurs at the grassroots and help generate livelihoods for them. I am now also an investor in the new Rang De 2.0. [It] promises to be bigger and better, and we hope to reach out to millions of low-income entrepreneurs through the platform in the next few years. I am excited to be a part of their new journey."

The P2P platform’s journey started in 2006 when Muhammed Yunus won the Nobel Prize for the work he had done with Grameen Bank. From an India perspective, the founders realised there was already a lot of microfinance in the country, but the interest rates were exorbitant.

They also stumbled upon on an article on borrowers of a microfinance institution, who had ended their lives due to their inability to repay. The duo felt something had to be done to address this, and set up Rang De as a P2P lending platform to support credit-starved entrepreneurs across the country.

Smita explains, “We had an idea, but soon realised that ideas don’t necessarily get funded when all our requests to secure seed funding were promptly rejected. We then decided to bootstrap Rang De with our own savings of 6000 pounds. Things started to magically happen. We on-boarded a technology partner and branding and communications partner - both of whom agreed to work with us almost pro-bono. It was almost like the universe was planning things for us, and one step kept leading to the other.”

Another big roadblock, however, was lack of legal clarity when it came to structuring Rang De.

“We reached out to the who’s who of the microfinance sector and were fortunate to get the early support of Dr Nachiket Mor. We finally launched Rang De on January 26, 2008, with the backing of ICICI Foundation,” Smita says.

From 2008 to 2017 the team worked with a single-minded focus: to lower the cost of credit for the borrower. The mandate was simple - making credit affordable and accessible to millions of excluded individuals. There were several questions on how the model would work and whether it would take off.

“We made mistakes, but quickly learnt from those and continued to build robust systems. The more open and transparent we were, the more support we got. The credit for everything that we achieved during these nine years goes to our impact partners and social investors. They believed in us and in Rang De, sometimes even more than we did. Along the way, we also won several awards, recognition, and support, including Ram being elected to the Ashoka Fellowship in 2012, and subsequent funding support from Tata Trust in 2015,” Smita says.

Rang De has been able to reach out to 65,000 entrepreneurs with credit at really affordable interest rates, and has helped them build sustainable livelihoods and create jobs. Over 15,000 individuals have lent Rs 80 crore through the platform.

Speaking of their future plans, Smita says, “We see credit as that financial opportunity that could help people overcome poverty. A big step to help India become a developed country. In the next five years, we would like to reach out to 10 million individuals across the country and provide them with access to need-based, customised credit.”