Niti Majethia is a 19 year old back to back international award winning poet and author of Eunoia, a book that is now available on Amazon, B&N and Flipkart. She started writing poetry when she was six years old. Majethia had a difficult childhood because she was so much into the arts, she was bullied and tormented in school during her early years because she was very much into poetry and she stood out from the typical school student. Majethia always liked to do things differently and that's something that was difficult for a lot of people to accept. However, she was not willing to give up so easily. She started submitting her poetry to various magazines on the internet and started getting published. She won her first award in 2012, from Kidspirit magazine, for "most reflective poem of the year". She was one of the three people chosen from all over the world in the poetry category. She then performed her work at the awards ceremony at New York University. Her experience with Kidspirit promoted her to establish the Indian Kidspirit Editorial Board, with which she worked as editor-in-chief for three years. Now, the board she established continues to function, motivating many youngsters in India who are interested in writing to join Kidspirit Magazine. She won another award from Kidspirit for some more poetry in 2013.

In 2013, she was also invited to Uplift Festival in Byron Bay, Australia, to share her life story and her career. That's when Majethia decided that she wanted to dedicate her life to public speaking in order to help spread awareness about various issues such as mental illness stigma and environmental abuse. She was also featured as "The Amazing Kid of the month August" in Amazing Kids! Magazine with her interview and life story. In 2014, she won another award for a written piece from Kidspirit. She also wrote her book Eunoia, which means "beautiful thinking" and got it published from Penguin Publishers. It now sells on Amazon, B&N and Flipkart. It received positive reviews from best selling authors like Chip Richards and poets like Luka Lesson. Soon after being recognized in Australia, Majethia was approached to write poetry for an HBO Documentary called Saving My Tomorrow. She is also very patriotic and wrote an article called "Jewels of India" for The Huffington Post.

Today, Niti Majethia is a symbol of light and hope for many kids that want to get into the publishing industry. Majethia's childhood abuse didn't stop her from pursuing her dreams but only motivated her even more.

Majethia aims to break stereotypes and promote India's essence and culture through her work, also by dedicating to be vocal about issues that matter: such as gender equality and bullying.

For more information about Niti Majethia, check out: 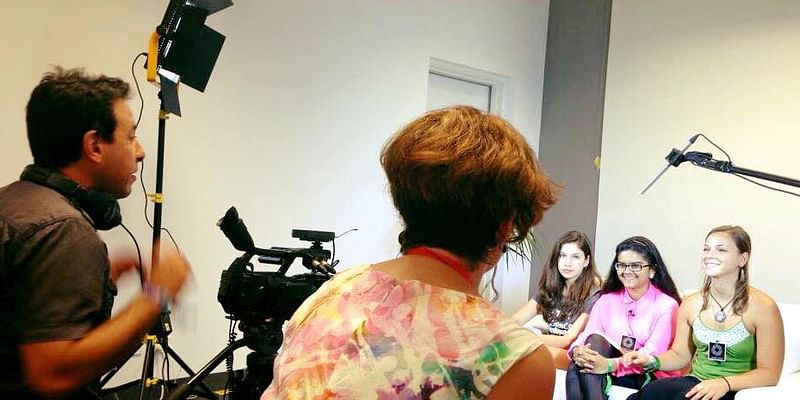