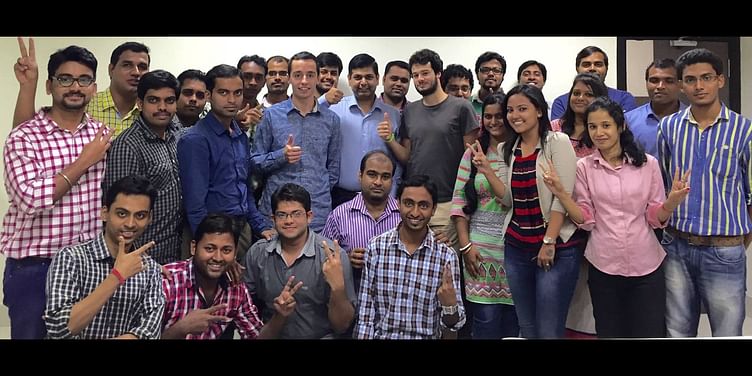 In October, Teksmobile announced the completion of its 1000th mobile application. The figure puts it in a very exclusive group of Indian app development companies which have come this far. 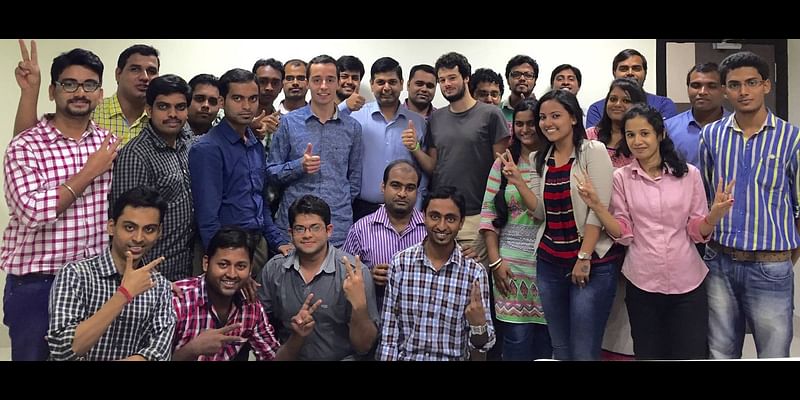 Service With A Smile: The Teks Family

For all its global recognition and enviable lineup of clients, the beginnings were not easy for Teksmobile. The firm started out in February 2006, with a handful of employees and precious few projects. All that the team had at that time were a small office, a few computers, ad a dream that would grow bigger than ever over the next few years.

The early years were tough, but they had their own charm - recalls one of the senior personnel at Teks. “My office timings were crazy at that time...often spanning from 9am to 4am. We used to work really, really hard for really, really long at the time. If someone had told us back in 2006 that we would be half this successful, we would have been more than happy!”, he recounts.

For Hussain and the other long-timers at Teks, work was the only thing that mattered at that time. True to form, the first logo of the company was thought up at the dead of the night, when the team members were half-asleep. One of the team members had an idea, he shared it quick with Hussain and the others...and soon enough, the company had its own website and a logo. “At the time, the logo seemed cool enough”, reminisces Hussain. 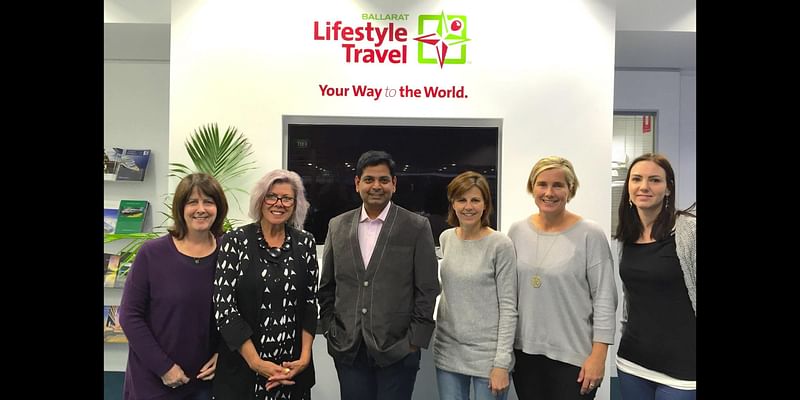 Teks Down Under: Hussain Fakhruddin (center) with client team at Ballarat, Australia

The early operations of Teks were a lot different from what they are now. Back in 2006, there were no iPhones or Android devices - and the team dabbled with simplistic Java applications. Fairly soon after starting operations, the company had its first mobile app. It was a J2ME app written entirely in Notepad (released in December 2007). 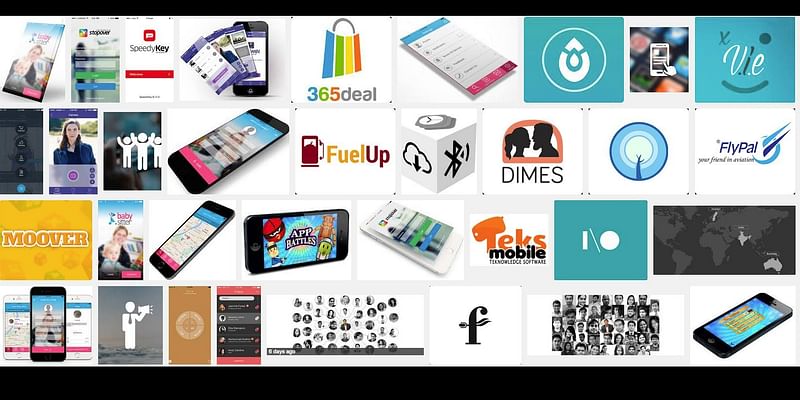 Confidence and commitment played big roles during the early years of Teks.

Says Hussain, “If someone had told me in 2007 that one day my little startup will have more than a 1000 applications, would I have believed him? Yes...because if I had not believed, I wouldn't have started Teks”.

According to the developers at Teksmobile, leading by example was...and still is...a strong trait of Hussain. The latter used to attend to client calls practically round the clock, and work schedules were all messed up. Often, there was not even enough time to catch a proper nap.

“Hussain is one of our best coders, and he is a fantastic entrepreneur. He inspired us all in those early years, and continues to do so. Often the first to arrive at office, and always the last to leave...he sets a benchmark and expects others to follow it”, recalls a senior member of the iOS team.

The hard work and sheer dedication of the motley Teks team started bearing fruit from 2008 - a year that Hussain and his team look back as a milestone in the company’s journey. By that time, the company had formed separate iOS and Android app development teams, and was also working on Blackberry and Windows projects. By 2009, Teks had completed more than 350 app projects. Things had started to look up.

Hussain recalls a fun story from the early years of Teks: “In early-2008, there was an event for startups in which 100 companies pitched in front of investors. Many of the startups were selected, and we were rejected outright. Eight years down the line, Teksmobile is growing at a healthy clip, while 95% of the companies selected at that event have shut up shop!”

An indication of how Teksmobile has evolved over the years can be obtained from this stat: In the last 10 years, the company has changed 5 offices. From a single office in Kolkata, Hussain’s firm now has offices in 5 different cities around the world.

“By the turn of the decade, there was a buzz in the market about this company called Teknowledge Software, as a good mobile app company. We were pleased that our hard slogs had started yielding results...but there was still a long way to go,” recalls the ambitious company head.

By mid-2011, 80% of the Teks apps, on average, were featured at the Apple App Store. The percentage has never fallen below that mark since.

2014 saw Teksmobile finally opening its first overseas chapter, in Sydney, Australia. Hussain and his team collaborated with the maker of Stopover - an award-winning airport meetup application - to start Teks Mobile Australia. Within two years, the branch has become one of the top mobile app companies Down Under - and the brand name of ‘Teksmobile’ has a lot to do with that. 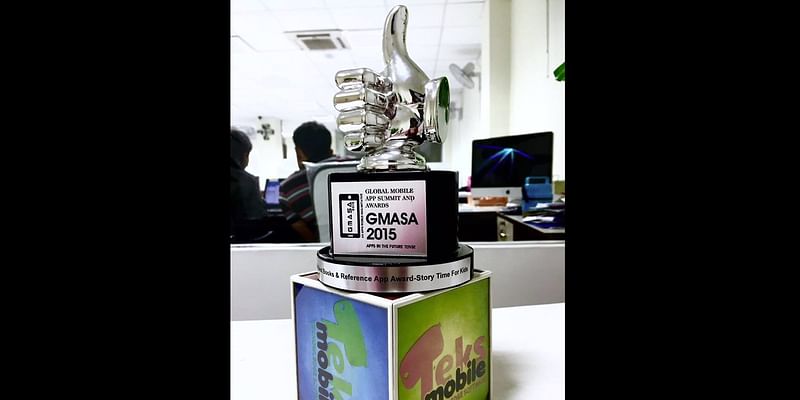 The CEO shares an interesting fact to highlight the positive reputation that Teksmobile has earned in the industry over the last decade. Clients who had first approached the company in 2007-08 are still there, as partners, stakeholders, or supporting Teks in other capacities. Clearly, client-retention is something Hussain and his team have managed real well.

If 2014 was big, 2015 was even bigger for Teksmobile. Another overseas branch (Teksmobile Sverige) - this time in Sala, Sweden - started operations this year, under the leadership of Maria Bergstrom. A second office in India - at Pune - was also opened. The company was growing bigger, and it showed. 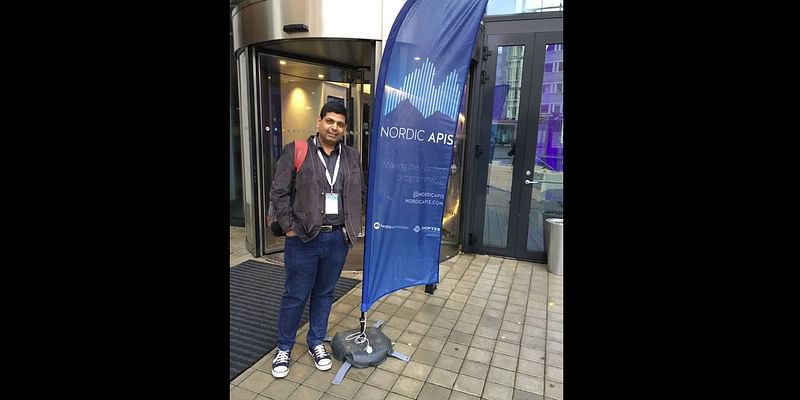 “By 2017, Teksmobile will hopefully have a couple more overseas chapters - one in the US, and another probably in another Nordic country. It feels all warm and fuzzy to see that the dream I had dared to see a decade back is working out like a charm now”, gushes Hussain.

Over the years, the service portfolio of Teksmobile has evolved and expanded. On the mobile app development front, the company currently specializes on the Apple (iOS, watchOS, tvOS, macOS) platforms and the Google Android platform. Since the last couple of years or so, Teks has entered in a big way in the domains of API development and Internet of Things (IoT).

A big factor behind the fairytale journey of Teksmobile has been the presence of a committed workforce. The CEO himself, along with the other senior members of the team, double up as mentors for the new joinees. Training sessions, workshops, and other activity sessions are organised regularly. Help is always close at hand, whenever anyone runs into any problem - personal and professional.

“Working at Teks is fun”, says a senior Android app developer from Teks, summing up the mood of all the employees.

A traveloholic himself, Hussain organizes offsite tours for his employees twice every year. The group participates in a lot of cool activities, share jokes together, and individual inhibitions are shed.

“I strongly believe that, in order to perform as a team, the members have to bond well first. Our offsite tours helps in this bonding greatly”, says Hussain.

The Teks team indeed functions as a closely-knit family. They even have a WhatsApp group called ‘Teks Family’.

“Teks does away with the top-down bureaucratic structure present in many private companies. Over here, everyone is helpful, easily approachable, and a bout of laughter is always around the corner. It’s a place you can’t help but like, a place you want to succeed, a place you want to do something for”, sums up the Key Account Manager of Teksmobile Sverige.

Teksmobile might have already become a globally recognized app development company, but it has no intention of resting on its laurels. The company recently participated in the StartCon 2016 exhibition in Sydney, offering customized technical support and expertise to startups. Hussain himself was one of the speakers at the Nordic APIs conference in October. His session on ‘API Strategy Optimization’ was one of the highlights of the event. 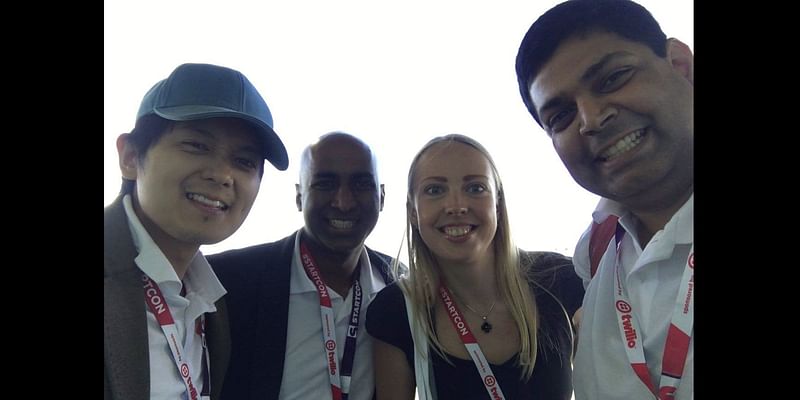 When Teksmobile released its first few apps, it had probably not bargained for the slew of awards that several of its applications would win (in addition to the huge success story of Story Time For Kids). Story Time For Kids - a mobile storytelling app for children - won the Adobe Design Award in 2013, the mBillionth South Asia Award in 2014 and the GMASA Award 2015 (Best Books and Reference App category) - apart from being shortlisted for several other prestigious prizes. Earlier this year, SpeedyKey Keyboard - a third-party iOS keyboard app - became the most downloaded application in the Danish App Store. Stopover helped its maker win the ‘Rising Star’ award at Talent Unleashed 2014. I Can Be Anything - a self-motivation app conceptualized by renowned hypnosis expert Jacob Strachotta - was another winner. Its successor - HelloMind - became the most downloaded app at the Apple App Store a couple of months back.

According to Hussain, “close attention to detail”, “robust testing standards” and an “unwavering commitment to excellence” helps Teks churn out high-quality software, over and over again.

The journey of Teksmobile - from a single-room office to a multinational company - has been remarkable in every sense of the word. Hussain and his team have clearly showed what can be achieved with dedication, determination, skill and calculated risk-taking. A company India can be proud of!

[Travel series] Kodaikanal – She’s a beauty, I tell you!