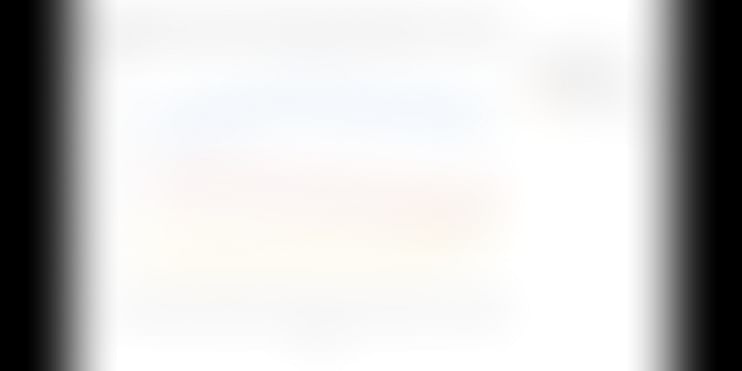 Upon inquiring, I got to know that many engineering colleges had shut down because of low enrollment and they started leasing out their building for money.

If you have to list some of the most remarkable industry shifts that happened in India after independence, Y2K has to be one of the tops. Y2K changed IT Industry and in effect Indian Service Sector forever.

It created unprecedented demand for IT engineers, and to serve this demand number of engineering colleges mushroomed in India without any check for quality and future outlook. In 2003, the government formed UR Rao Committee to find out how technical education was doing in the country. Committee warned of a future surplus of engineering graduates.

It found technical education was expanding exponentially which could not be sustained in the long run as there wasn't as much demand for as supply of engineering graduates. Today what UR Rao Committee stated, stands vindicated. Let us look at AICTE data, I think it will not be an overstatement to say there is an Engineering Bubble. 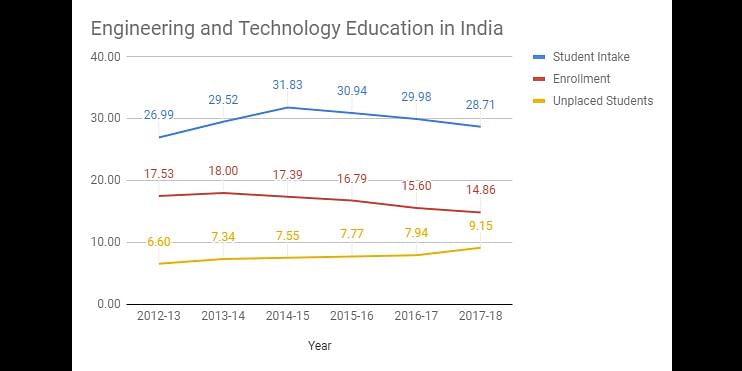 Still in India kids and parents are obsessed with engineering. Higher education experts suggest students don’t always go for engineering to do fancy things, design a car or get a job Silicon Valley. Most of them simply want a job — any job, government or private. But AICTE data suggests that more than 60% of engineering graduates have gone unplaced every year, there is no taker for them.

So why Engineering? There is a very famous view that professional degrees like engineering serve as a signal in society. A signal that Engineers are better in talent and capability than Arts and Humanities graduates, which has a direct impact on job prospects.

Famous economist Michael Spence said in his 2001 Nobel Prize lecture, “Given the returns to and the costs of investing in education, individuals make rational investment choices with respect to education. Employers have beliefs about the relation between the signal and the individual’s underlying productivity,”

I think when we have 60% unplaced engineers every year, it proves that Signalling value is of little significance now. Even in the elite IITs, placement data suggests a trend that almost half of the batch ends up in Finance and FMCG sector, which has in most of the cases little to do with their engineering degree.

The latest CSDS-KAS Youth Study, released in April 2017, found that 65% of Indian youth would prefer a government job; just 7% wished for a job in the private sector. But engineering really is not a prerequisite for getting a government job. It would cost around 2.5 lakh and 4 years to become an engineer while for BA/Bcom it will not be more than 50k and 3 years and the prospect of landing in a government job is technically the same.

I was startled the most by seeing some of the engineers learning vocation trades like BPO and Hospitality as part of Skill India mission in that learning center. The cost of being an unemployed engineer is very high, and there is an urgent need to address this problem from school level and make informed awareness in kids of next generation.

Overhaul of technical education statutory bodies like AICTE is also required. I will end with what my strategy professor once said, “ We all knew that value of engineering education would diminish in times to come because we started running education system like real estate business.”