Get into a rhythm 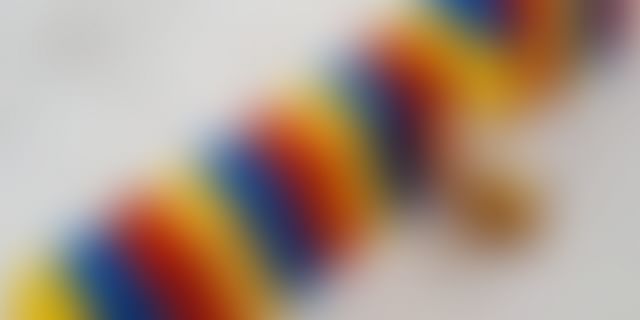 By setting up the rhythm and system, we are able to build our project a lot larger and faster as every activity works in unison with other tasks we carry out.

A year ago, doing vlogs was new to me.

For my 3-year-old son, going to school was new to him.

Today, doing these weekly writeups, podcasts, and Instagram posts are new to me.

When I started Vlogging, I had no idea even where to start.  So many things were completely new to me; whom to interview, how to do it, how to post it, how to edit and subtitle it. After doing a series with startup ecosystem players, I got into the groove. By setting up a rhythm and system, I took a step interviewing all the leaders of the political parties of Antwerp before the election. I set that system up and the next step was interviewing all the countries ambassadors to Belgium.

It’s only by setting up this rhythm that I was able to continue working on the interviews and improving the content as well as the reach.

It’s only when I started delegating the work and explaining my team members step by step which process to do and in what order, that I realized the importance of the rhythm and process. Time was wasted when the rhythm was not followed properly, and by documenting it and creating a formalized step by step process, we were able to increase the efficiency and accuracy of the team members doing

these tasks as well.

When my youngest kid started school, he absolutely hated it. We thought it would be easier for him to start as we used to take him to school every day to drop off the kids. However, his rhythm was to drop them to school, come back home and watch Peppa Pig. He loved dropping them to school because, in his mind, that was the cue that he would then come home and watch Peppa Pig without the interruption of his elder brother and sister. When school started, the rhythm changed. He had to stay in school, interact with people he did not know, in a language that he did not speak. His nap times were changed as well. It took him about a week to get used to the new rhythm. The tipping point was when he came home and told us he made two friends with whom he spends a lot of time. We now had a cornerstone to build his new rhythm into the one that would have triggers he can look forward to. We asked him what he did with his friends and guess what it was … “We make Lego buildings,” I could not have thought of a better thing that they do.

Conversations at home were now centered around what they would make, how big it would be, and how much fun it is all the way. Creating a new rhythm was crucial in having my son not crying so intensely when going to school.

It is due to all the other side projects I have done before that I was able to take on the Legopreneur project as well. However, this is a hobby and not a full-time occupation. I knew that I wanted to be on Instagram, have a podcast, create a centralized website and post articles on multiple platforms. All with allocating a maximum of an hour per day. I needed a rhythm in how the content was created, curated, and shared to have the maximum effect.

Due to the creative freedom allowed by the visual expression, explaining the messages on Instagram would take a huge time investment. I wanted to create a pattern and ensure every week we have the same sort of three posts.

The posts must do justice to the playful yet serious tone we want to communicate. I also wanted it to be original, stand out, and look good on an Instagram feed. Simultaneously, it was necessary that it would be a minimal time in creating photos. Having always loved the Instagram feeds where there is a pattern to them, and the pattern is obviously clear, I also wanted a clear pattern and rhythm, as well.

I settled in a series of three images per week, the first image being with Mr. Legopreneur, and with Lego blocks, where we try to summarize the message into one image.

The simple message that we want to convey on a weekly basis needed to be simple as well.  So rather than complicating matters by making a great photoshop image of the quote, I decided to directly write it out by hand on a notebook. I just write it out, take a picture, and post it directly on Instagram.

The final image is one where we take an image of a giant of civilization, who said something similar to our message of the week. Till now, I have always chosen quotes of those giants I know; Abraham Lincoln, Walt Disney, Aristotle, John Statham. However, this week, we have chosen a person I didn’t know – Orison Sweet Marden who said, “Happiness is not a matter of intensity, but of balance, order, rhythm, and harmony”.

I was contemplating whether to choose Marden’s quote as I’d never heard about him before. I was tipped over when I read his inspiring story; that he was the founder of Success Magazine, wrote the bestseller “Push to the Front”, and wrote 2 titles per year for a sustained period of his life.

This rhythm of the three images is then used in our articles as well, as we then use the same 3 images within the text of our articles.

By setting up the rhythm and system, we are able to build our project a lot larger and faster as every activity works in unison with other tasks we carry out.

After all, it is the system that is the beauty of Lego. The constraints and the structure of the bricks ensure unlimited choice and expression when using them.

In the same way, by creating a rhythm, setting the tasks and time limits I must operate within, I have the freedom to work on Legopreneur.

The rhythm of the vlogs and interviews allowed us to work on larger and bigger projects. The new rhythm of my son going to school and having something to look forward to, encourages and motivates him to go to a place I am sure he is still very confused in. It’s the rhythm, structure and habits created while making this project that allows us to continue working on it in a time-constrained manner, but yet ensuring maximum effectiveness and efficiency.