Java is a blessing for the IoT world. Here’s why

Java is best embedded and assembled to help as a unified standardized future platform for the IoT (Internet of Things) technologies.

Java is one of the most advanced and popular programming languages in the world, and it is used extensively in the Internet of Things industry as well. Java has been used to develop various topnotch Internet of Things products. Though languages like Python are also used for IoT development, Java is certainly the most preferred. As, in the present and future, IoT development is expected to stay multilingual. Thus, a lot can be done in the world of IoT using Java.

We may not have ever imagined the world where we would have smart devices that will be used in the field of agriculture. We also have self-driving cars that can easily reach the journey and even navigate through the traffic without any hassle. The use of smart devices has increased because of the rampant use of IoT. Internet of Things is used to gather, assess and even analyze the data. With the help of data analysis, the companies or the industries can improve their business. As, the insights help to enhance the quality of the customer experience, the quality of the services as well as the products.

Is Java a favorite of the IoT world?

Java, which is one of the most famous programming languages, is used extensively by the new technologies as well. The Java Virtual Machine capabilities are used to build powerful IoT products. And, the Java codes can be easily transferred to the chips. At the same time, the Java codes can also be used at the places where JVMs is extremely generic. For example, Java is used in the fields of servers. Not just that it can be used to build even the tiniest machine. Thus, there is no doubt about the fact that Java is extremely useful for IoT development.

At the same time, as Java is an object-oriented language, therefore, it again becomes a favorite of the programming world. Tons of integration capabilities are extremely valuable for the development of IoT programs and apps as well. At the same time, there is no doubt about the fact that Java does not have any sort of hardware limitations. And, it is one of the most portable programming languages in the world. Thus, it is surely a favorite of the IoT world.

Benefits of Java in IoT

Most of the Internet of Things programs and solutions are bound to devices, and they are mostly connected to the drivers of the devices. Therefore, Java is considered as the perfect language to deal with the drivers simply because it is suboptimal. Java is a perfect programming language for the development of multi-platform solutions. The devices which are meant to manage the high chunk of data are developed using Java. Especially, the present version of Java software is apt to develop high-end IoT devices. Hence, if you want to develop smart programs or solutions for wearable, everything can be made using Java. 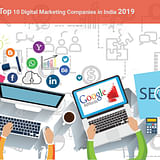