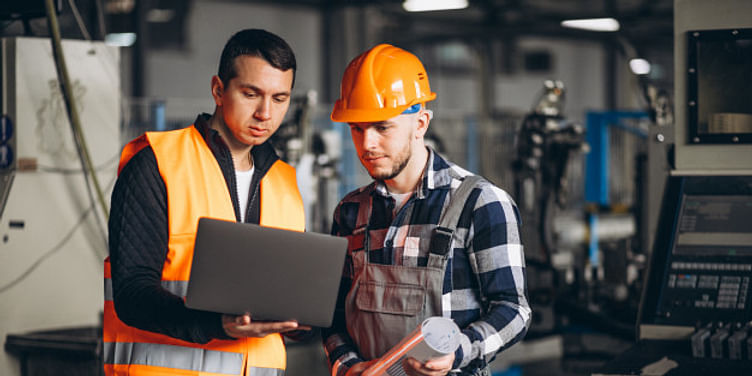 Finding it hard what new technologies could forever change the way the world design and create products? Here are the modern technologies that provide favorable advantages for manufacturing businesses.

Known as the major driver of growth in the growing economy, technology until now have been playing one of the most vital roles in society. Taking into account how fast technology is evolving, the possibility of increased production and less resource is being foreseen in sectors such as manufacturing. Thus, the continues expansion in productivity factor has gained the attention of the manufacturing industry, which leads to numerous investments as well as the challenge for the technological industry to further its up growth.

Since then, it’s never been a while for every development of modern technology, from convenience to efficiency, the manufacturing industry has to gain a lot of profit growth by the help of each technological breakthrough.

Hand in hand, these two industries have drawn up a great level of competitiveness. As a matter of fact, while the 2020s isn’t settling yet, there has been a list of the possible varieties of technology that will rise in the upcoming year. Hence, more and more of the manufacturers are being uncertain about choosing the best out each, that can help in the process of a definite, rapid, and lasting development of their company.

Finding it hard what new technologies could forever change the way the world design and create products? Here are the modern technologies that provide favorable advantages for manufacturing businesses:

One of the most prominent outputs of the technological industry, artificial intelligence has lured a lot of investors, as it continuously leads on every buzz until today.

Since it was introduced in the year 1956, AI has obtained the central role in our everyday living. It has been one of the hottest topics as per the fact that there could be a significant amount of workers that might be affected, while it leads to a significant increase in profits. Its versatility and applications such as navigating tools to home personal assistant inputted in our smart devices, from working to leisure AI have survived the challenging development in the industry.

Has a quite big connection to AI, the smart machines have been earning praises from the manufacturing industry. As it is embedded with cognitive computing devices, smart machine’s deep learning allows them to have the ability to solve problems, decision making, or even making a coordinate action. With a more precise system and less humanly errors, in today’s production process, it brings excellence in every edge.

Contrivances such as robots, auto-driving cars, laser cutters, and even AI-based computing systems are aimed to perform tasks without any human intervention. However, behind its engaging benefits, smart machines also have its fallouts, as it would practically replace the workers and can possibly cause a huge change in the nature of production and other social standards.

Primarily known in the gaming industry, virtual reality has also lifted its standard of usage, as it is also utilized in training of military groups and ship captains, educating, market place, and even in medication.

As mentioned, virtual reality has been used in medication, particularly for children who are afraid of injections. It is somehow designed to draw a simulated situation that helps in disrupting the attention of the patient to overlook the pain, which is psychologically helpful.

One of the leading components of it is the head-mounted display. With a variety of emerging hardware and soft wares, wearable devices in the future are not impossible. Notions such as HTC Vive Pro Eye and PlayStation are heading its way to a new extent, plunge and user-friendliness.

Although it has been introduced for a little while now, software security hasn’t still been loud in many industries. As per the fact that the development of tech security is being challenged by the increasingly complex data hacking tactics, the role of every cybersecurity professionals has been anticipated as being crucial for the following years.

However, this idea has to lead the industry to work on its betterment when it comes to security. Considering the unstoppable progression of hackers, software security will remain sought after the unceasing count of data loss.

Dragged the tech industry up to a whole new level of competency, augmented reality has been attracting more and more investors with its system that is composed of real-time 3D vision, sense of touch, sound, and even other senses that allows its user to plunge in other places. It also allows interaction and amends virtual settings, even in an instant.

Since it was introduced, it has been utilized in a lot of sectors such as entertainment, education, and even in the military. Particularly exploited for training professionals, whether in martial, medical, or educational purposes and is being foreseen in some smart devices in the near future.