THE WAR AGAINST PLASTIC IS ON. WE MUST FIGHT. WE MUST WIN. 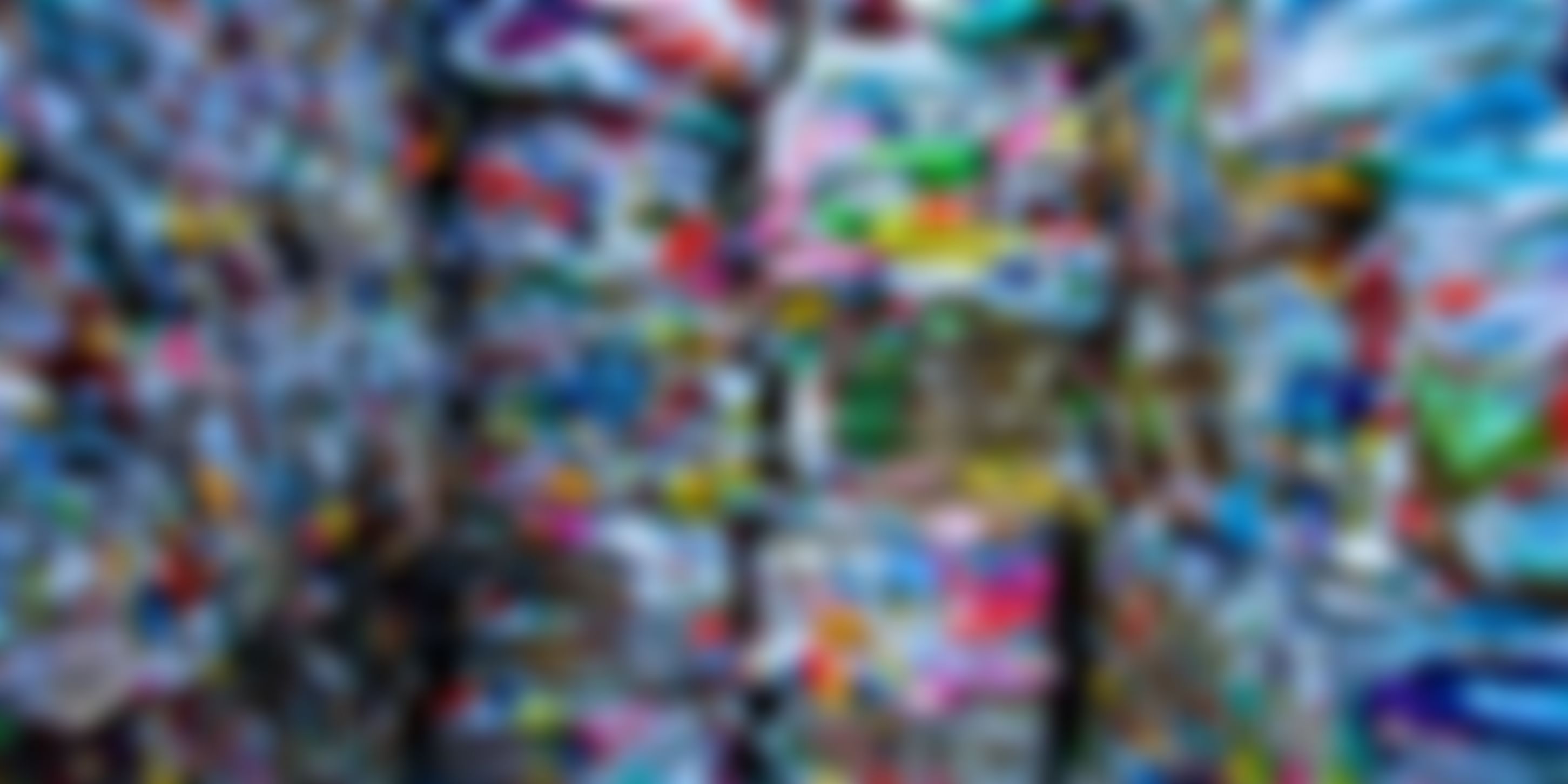 You will have noticed that there is a high-profile campaign among governments and the media to reduce the amount of plastics being used.

The ‘war on plastics’, as it is often being dubbed, has two main aims:

How big is the problem?

From David Attenborough to Al Gore, numerous high-profile figures are reminding us of the need to tackle plastic waste, but what is the extent of the issue?

It is estimated that the world recycles only 14% of the total plastic used. According to a report by the Ellen MacArthur Foundation, if the remaining 86% of plastic was recycled, it could generate between $80bn and $120bn in revenue. However, this cannot be achieved without tackling the issue of the 30% of plastic that cannot be recycled because it is either contaminated with other substances, or is too small for easy economical collection.

Each year, over eight million tonnes of plastic waste ends up in the oceans. The top 10 waste items found in the ocean are:

As you can see, plastic is a major scourge here, with many people not realising that the top offenders, cigarette butts, contain plastic filters.

Though none of the frequently found items found in the ocean are from the IT industry, electrical devices do contain a lot of plastic. Every day, about 416,000 mobile devices and 142,000 computers are disposed of, many of them into landfills.

The top 10 countries that produce the most plastic waste are:

Waste plastic is a global issue. The UK is doing a lot to recycle plastic, which is why it is not in the top 20 most plastic wasting countries, but there is a long way to go before all of Britain’s plastic is recycled. In fact, a BBC study from last year showed that two UK councils offer no plastic recycling collections at all.

How big is the e-waste problem?

Electronic waste or e-waste is almost all recyclable, and IT asset disposable companies can dismantle computer equipment and separate out the various metals and plastics. Despite this, it is estimated that only 15% to 20% of e-waste is recycled.

Worse still, according to a United Nations report, of the e-waste that is recycled, only about 16% is recycled by government agencies and companies recognised by industry regulators. The rest may be sent for recycling, often to companies in Asia that are unregulated and have no records to prove that the e-waste has been recycled properly.

The amount of e-waste is forecast to increase by 8% each year, meaning more and more plastic disposed of improperly.

Are companies doing anything about it?

Many companies in the IT industry have taken small but significant steps to curb their waste and reduce their plastic footprint.

Tech giant Apple has pledged to reduce the amount of plastic used in its packaging, and uses a disassembly robot called Daisy that reclaims most of the materials of the iPhone. Daisy can pull apart 200 iPhones an hour, separating the components into materials that can be recovered and recycled. In another eco move, iMac and Mac laptops now have metal cases rather than their traditional plastic ones.

Dell is committed to reducing the amount of plastic that ends up in the ocean, and is part of the OceanWave initiative that includes General Motors, Trek Bicycle, Bureo and Henry Miller. Dell is sourcing used plastic that is in danger of being dumped in the ocean and recycling it for its computers.

Other notable shifts can be seen in the software installed on computers, which used to mainly be sold on disks in hard plastic boxes, but is now often downloaded. This has reduced the need for plastic cases to hold software.

What will happen if we do nothing?

If plastic is dumped in landfills, depending on the type of plastic, it can take up to 1,000 years to degrade.

Everyone and everything will suffer: environment, economy, health and so on…

Plastic can contain toxic chemicals that interact with water and leak into the ground, polluting rivers and reservoirs. The chemicals can also be harmful to wildlife, and even detrimental to human health.

Some plastic waste is burnt in incinerators and this can be injurious to health if fumes are inhaled.

Plastic in the oceans and rivers is harmful to fish and other wildlife. Micro-plastics are eaten by insects, fish and other sea life, and can be consumed by humans when they eat edible fish. The health effect of this is not yet known.

If nothing is done about plastic waste, both the earth and human health will suffer. Predictions vary as to the extent of this and what the long-term health consequences will be, but experts agree that we cannot simply do nothing about plastic waste.

Aside from the environment, there’s also the economic cost to consider. Polluted beaches and oceans reduce tourism, which causes negative economic effects on coastal towns reliant on visitor for their economy. One of the biggest tourist hotspots is California, which spends over half a billion dollars each year cleaning beaches.

There may be a knock-on effect on the food sector too. For example, the aforementioned concerns about microplastics being eaten by fish could reduce consumption, in turn reducing the economy of the fishing industry.

The United Nations has estimated that what it calls the ‘natural capital cost’ of using plastic is $75bn (£57.8m) a year. This calculation includes the cost of greenhouse emissions from making plastic and the energy used in its production. Each year, recovered plastic that is used again is worth $4bn (£3.1bn), so recycling plastic makes economic sense.

What must we all do now?

The obvious answer to the problem of plastic waste is to recycle more and use less plastic.

What we can all do now is to look at situations when we can reuse plastic items. The plastic bag charge now in place throughout the UK has resulted in most consumers reusing their bags many times, or buying a non-disposal alternative. Meanwhile, coffee chains such as Starbucks encourage customers to purchase reusable cups that they can bring back to refill.

Plant-based plastic alternatives have been developed, and more are being researched that can replace many plastics.

It will probably be a long time before IT equipment ceases to use plastic. Dell and Apple have reduced the use of new plastic, but they have not eliminated it entirely.

IT disposal companies are playing their part, however, by disassembling IT equipment and extracting the plastic for recycling. Old equipment can be refurbished and recycled by selling on the used IT equipment market.

Safe computer disposal makes sure that no old technology goes to landfill. Most companies are aware of their obligations to send their old electronic equipment for secure IT disposal, but not all individuals are aware of this. Old laptops and mobile phones are still thrown away with the general rubbish and end up in landfills.

Retailers that sell IT equipment could perhaps do more to take care of recycling. When a customer’s new smartphone arrives from an online retailer, one idea is that the courier could collect the customer’s old phone, or a retailer could swap an old computer for a new one.

Is the IT industry playing its part?

Despite the efforts of Apple, Dell and others IT manufacturers, a large amount of plastic is used in IT equipment. Most laptops have plastic cases, and everyday office items like mice, keyboards and printers usually make heavy use of the substance.

The amount of plastic used in IT equipment can be reduced, but this could make equipment more expensive. Apple makes computer cases from aluminium, but they are selling a premium priced product. Manufacturers may be reluctant to replace plastic in cheap laptops, as this would increase the price and perhaps put off buyers.

Plastic alternatives could also be used in a large range of IT equipment, but again this could add to the cost. The question is whether consumers are prepared to pay extra for IT equipment that uses less plastic. After all, they are often only happy to do their bit for the environment until they are told they will have to pay more for it.

Companies like Apple that supply the phones, tablets, and laptops the world wants may be based in Western countries, but most of the manufacturing is done in China and East Asia. As we saw earlier, these are countries with generally poor environmental credentials – especially when it comes to plastic. The IT industry should insist that all factories that make their products are environmentally friendly.

Companies like Apple and Dell know that their responsibility to the environment does not stop after a computer has been manufactured and sold. They have a duty to make sure that end-of-life equipment is disposed of safely and that all plastic is recycled.

Another aspect to consider is durability. If computers, phones and tablets lasted longer, fewer new ones would need to be manufactured. Naturally, this is problematic though, as it goes against the business model of most phone and computer manufacturers. Apple regularly brings out new models of the iPhone, iPad and Mac computers, relying on many of its customers to upgrade from a perfectly functioning older model. If a model is too old, the latest software will not work, which again encourages users to upgrade.

Plastic waste is a problem, but the IT industry does not see the issue in isolation. All components in IT equipment can be recycled and the IT industry needs to make sure that this happens.

It can be argued that IT manufacturers could do more to reduce plastic, but there also needs to be pressure from consumers of their products. Perhaps high-profile companies that purchase large quantities of IT equipment could take the lead, by adding their weight to calls for less plastic.

Let’s be optimistic here and say that while the year 2050 will probably not see a world without plastic, it should certainly be one with a lot less of it. This will require a team effort of people and organisations to commit to using less and less plastic, and recycling more.

It is to be hoped that the world of the year 2050 will be one where everyone is not only aware of the fragility of the Earth’s ecosystem, but determined to do something about it. With current technology, it is possible to live in a world without plastic, but it could take some time before this dream is fully realised.

In the meantime, the IT industry and IT disposal companies are doing a lot to tackle the war on plastics, but probably they could do a lot more. This could be driven by pressure from consumers that are exposed to the message of the war on plastics. If people are prepared to spend a little more on metal case laptops and make sure that their old equipment is recycled, the IT industry will inevitably respond.

The war on plastics is a winnable one if there is the will to do this, and extra effort to deal with plastic waste needs to start today. The worst case scenario is doing too little, resulting in plastic waste contributing to irreversible damage to the planet.

And that’s a wrap we simply cannot accept.