The corona virus pandemic has arm-twisted major service industries to let their employees #WorkFromHome. The lightning spread of the corona virus, governments around the world, made an overnight decision; restricting all public movement except for the absolute emergencies: no one had time to prepare. Lately, several articles have started popping up in the tech circles celebrating how seamlessly work stations have transitioned to this change. Meetings in pajamas, excel sheet preparations while propped up in bed: a mini-heaven right?

As an introvert, I flew this flag with great joy in the beginning. Two weeks in, however, I am now praying for the day when I could again wake up early, iron my shirt, run after a taxi, and prepare an excuse for coming in late. Being just another rat on the floor was what I was used to for close to five years. Me, among several other seniors, have our secret chat sessions - replacing water cooler breaks - about some painful cracks in the #WorkFromHome armour.

During the initial days of the dry run, our bosses made it mandatory to ensure the whole creative team is assembled on one platform discussing each other’s workload. Someone you would pass by with nothing more than a greeting is now your new diary, seeking minute-to-minute transcription of your work day.

Since there is no more traffic—banana republic’s favourite scapegoat for reaching late—we have no excuse for not showing up in front of our systems on time. Being always available is now as mandatory as social distancing, and thus, my phone now joins me for the longer washroom breaks. Even if you have the best cellular network in the world, your partner on the other end might not, and this results in an extended tennis-like rally of ‘Hellos’. In between the missed calls and network blackouts, you miss the time when you could sit together and leak out the stress with your team over lunch. You miss the time when you could reason your arguments with body language. You miss the time when you needn’t have to skip a beat over a missed call.

The harshest critics of #WorkFromHome held a trump card that a lack of physical space between work and home brings a mental bearing that slowly dissolves two together. Employees begin experiencing a lack of focus, increased fatigue and a simmering dread of having to make a late-night ppt in the same bed they used to watch Netflix. Travel time between work and home is a transitioning breather for most, and by the time they reach their home, their accumulated stress is mostly left outside the door with the shoes. Now with #WorkFromHome, the study room starts resembling a pressure cooker.

#WorkFromHome seems to be the remedy for now, but I sincerely hope it doesn’t become the norm in the future. Since the time of the first human settlement, with paddy fields serving as offices and huts as homes. We have held a separation which I hope continues to the space age. Let us work together to beat this microscopic global super-villain and return to our work spaces for a group hug. It’s about time! 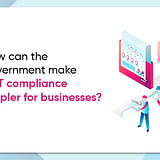 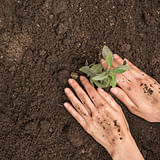