Weighing less than a milligram each, Ajay Kumar’s violin and scissors made of gold are functional and have earned their maker a spot in the Limca Book of Records.

Telangana-based goldsmith and sculptor Mattewada Ajay Kumar reentered the Limca Book of Records again. This time, the micro-artist set the record for the tiniest functional violin and scissors sculpted from gold. Hailing from Warangal, 45-year-old Ajay has dedicated nearly 30 years of his life to perfecting the craft of creating working miniatures.

Weighing 0.74 mg and all of 2 cm long, the the violin comes complete with four metal strings and a bow, and took Ajay 11 hours to make. The scissors, on the other hand, took three hours to finish, and weighs 0.18 mg. And despite its miniature size, it can make clean cuts on paper.

“It takes hours to create a micro sculpture. I can work for two hours at a stretch before taking a break as the eyes strain so much,” Ajay told The Hindu. “The work demands holding the breath at times, as finer details won’t work with even the smallest of disturbances.”

The artist added that given the delicate nature of his creations, even a small breath of air can cause damage.

In October last year, Ajay received acclaim for carving miniature figurines depicting the Dandi March in the eye of a needle. The wax figures measure about 1 mm in length and less than 0.5 mm in width. Invisible to the naked eye, the sculpture can only be viewed under a microscope, and is now a part of the Government of India’s National Salt Satyagraha Memorial located at Dandi in Gujarat.

Also read: From a garbage dump to Limca Book of Records: Bengaluru’s Hebbagodi lake gets a new life

Ajay told the The News Minute that the Dandi March sculpture - which took 30 hours over 11 days to create - is dedicated to his father, Venkata Chary, who was part of the freedom movement. His father was also a professional goldsmith, and Ajay learnt the ropes of the craft from him.

“I began practicing micro-art on rice granules where I painted faces of famous personalities on grains of rice. Later on, I started experimenting with matchsticks and then started sculpting with gold,” he added.

Also read: Breaking a Limca record, these 23-year-olds are now trying to organise the photography market in India 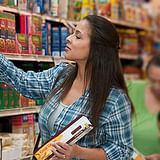 Marketers say, ‘so jao grahak so jao’. Consumers, do you know these important rights?