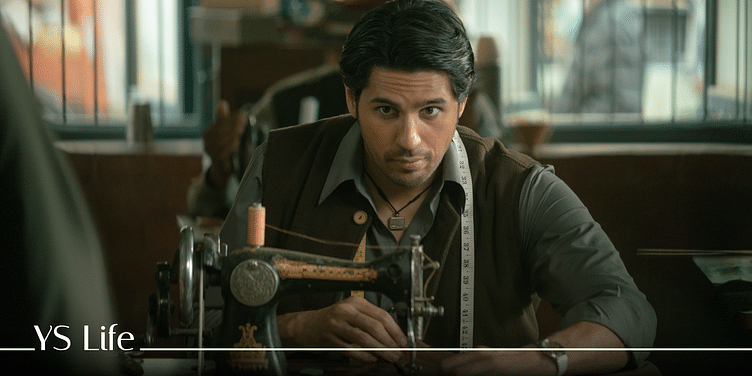 Siddharth Malhotra plays an Indian spy, trying to shake off the ignominy of his past by putting his life on the line for his nation.

Sidharth Malhotra has turned his fortunes around in the last couple of years with his selections. Mission Majnu, a non-jingoistic, likeable and intelligent spy thriller, is the latest in his string of lineups where he delivers a spirited performance. He plays the character of an Indian spy who is trying to shake off the ignominy of his past by putting his life on the line for his nation,

Set in the backdrop of a fictional RAW (Indian intelligence agency) operation targeted at sabotaging Pakistan’s secret nuclear programme in the 1970s, Amandeep Singh (Malhotra) lives undercover in Rawalpindi, working for a darzi (tailor) in the Pakistani Army. His name is Tariq Hussain and he falls in love with a blind young woman, Nasreen (Rashmika Mandanna), setting the conflict of marrying her against her father’s wishes.

Trial by Fire: Netflix series is a gripping deep-dive into human tragedy and delayed justice

As India announces a successful nuclear test under Indira Gandhi, her Pakistani counterpart Zulfiqar Ali Bhutto (Rajit Kapur) launches a nuclear weapons programme under the stewardship of the controversial scientist AQ Khan (Mir Sarwar). Gandhi wants to know the details of Pakistan’s secret mission, which is where RAW chief RN Kao (Parmeet Sethi) orders agents in Rawalpindi—Malhotra, with the aid of Sharib Hashmi as Aslam, and Kumud Mishra as a maulvi—to deliver the mission.

Mission Majnu is unlike many of the other Hindi films that rouse the audience on jingoism or hyper-patriotism. Instead, its spy agent is almost an ordinary man—rides a scooter, works as a tailor, and helps his pregnant wife at home. He is conflicted—ensuring that the innocent Nasreen doesn’t get hurt because of his dual identity.

However, the film’s plot never picks up pace—which is an unholy mistake as spy movies need to build suspense. Most of the action is packed towards the end, and with haste.

The dialogues, ribbing and teamwork by Mishra, Hashmi and Malhotra bring humour and adds a human element to the existence of nameless, faceless spies. Character actors, including those that portray historical characters, are convincing, adding value to the narrative.

The flaw lies in the execution—the pace plods and the reveals don’t hold much of a surprise. The film also follows the done-to-death trope of showing the Pakistani Army as dumb and naive in parts where India’s spies need to come out on top.

Written by Parveez Sheikh, Aseem Arora, and Sumit Batheja, it lacks packing the espionage elements and making the viewers feel a palpable sense of real danger. The film’s most attractive feature is its protagonist; he feels real and his actions reflect choices that Indian spies would have had to make at that moment in our country’s history.

While spy thrillers often have a hyperbole narrative, making spy agents akin to superheroes and superspies, the functioning of an intelligent, committed spy in the local South Asian geopolitical context makes for engaging viewing. Had the plot been stronger and if the antagonists—in this case, the Pakistani Army—were more challenging to conquer, Mission Majnu would have been a pretty good spy drama.