Sanjeev Bikchandani : Of grit and determination, of not giving up 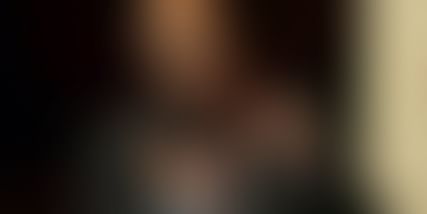 Sanjeev Bikchandani narrates the story of naukri.com and his life

The June feature event of TiE Chennai at IIT-M Research Park auditorium was a bit special. It featured TiE Chennai champion, founder of InfoEdge that has naukri.com, jeevansathi.com, 99acres.com, naukrigulf.com, Sanjeev Bikchandani, narrate the inside story of how naukri.com came into being. It was not as if this St. Stephen’s economics graduate with a postgrad from the reputed IIM-A found a brilliant idea sitting under a tree and then developed it to become a millionaire overnight. It took two businesses with a partner, a couple of jobs, no salary for six years, and that mental frame of never giving up in the face of adversity and locking the bull by its horn in facing what came on way with determination and grit that finally led to light at the end of the tunnel. After 21 years, Sanjeev has the last laugh with InfoEdge’s topline at Rs. 327 crore, of which 70% comes from naukri.com. He told YourStory in 2009 that “one out of every 5 Indians find their job in naukri.com.” That much for the market leadership of naukri.com.

If he said, “I don’t want to be known as a failed entrepreneur and maybe you can call it ego,” in reply to what kept him going despite no money in the pockets for 10 long years before naukri.com was born, that sort of “out of sync with the world” thinking was anything but a constant in Sanjeev’s life. After working hard to gain admission to IIT, he gave up the IIT seat because he was not passionate about engineering. Would you do it, especially in the 1980s when IITs were passport to a great future? Instead, he enrolled for BA Economics at St. Stephen’s. A couple of years at Lintas, he entered IIM-A. At 26, after five years in job including being brand manager at Glaxo SmithKline for Horlicks, Sanjeev found his calling for entrepreneurship. Despite hailing from a Sindhi family where his father was a doctor and his mother a homemaker and none of his family and extended family in business, he somehow wanted to be independent and create something of his own. He found entrepreneurship a pathway to realize his dreams.

The first business he and his partner got into was market research on salaries offered to management graduates. While at IIM-A, he was helping the Placement Officer with placements and witnessed a cutthroat competition among corporates for getting the best in class with them. So he found that if he could aggregate salaries offered and send it to companies, he would make money. Initially, data from 135 offers were collected, data entried and ready to be mailed to 800 companies (of which contacts were collected from newspaper ads). There was a great response with companies wanting his report on management entry-level salaries. This had Sanjeev and partner laugh all their way to banks with a 95% margin. As it was a seasonal business, then they got into patents. Finding that it took 5 years for any company that filed a patent to know whether it succeeded or not, Sanjeev’s partner came up with the idea of collecting the status of 80,000 patents filed in pharmaceuticals and give information to whoever needed it. This was needed for other companies filing patents to know if a similar patent had been filed before and whether it stands a fair chance of getting one. Many companies expressed interest in this data and again this business was a success.

Due to differences, he and his partner had to split and go their own way in 1996. Visiting Pragati Maidan for IT Asia and curiosity to know when a stall proclaimed www were the sparks for naukri.com. When he entered the stall to know what www was all about, the Telecom person at the stall explained about free email with Internet connection. Initially Sanjeev was baffled and when he found Internet could connect computers throughout the world, he wanted to build a website. He offered 5% of his company to his brother who paid $25 to get a server for his website in the US. He says, “5% of zero is still zero,” when saying still he did not make revenue. Finding all newspapers in a Delhi market, he asked two data entry people in his office to enter all jobs offered -- position, salary, experience, etc. -- on a computer. Then he took the floppy with this data to his friend ailing with kidney failures and confined to his room for years. That friend found a newfound passion for programming as he was restricted to his room and required dialysis, which was performed at home. The friend was well versed with programming but didn’t know how to build a website. Then having read about website for a week, his friend was ready to go. Sanjeev offered him 7% stake in his business.

There was yet another hitch. The server that Sanjeev had taken space in the US was a Linux server. Compatibility issues cropped up. His software genius friend helped him crack that too. And naukri.com was up. Naukri.com initially aggregated free job ads published in newspapers. Then HR executives began calling them up. So a subscription model of Rs. 350 per ad or an annual subscription of Rs. 6000 for unlimited ads was put in place. Sales zoomed. Investors showed interest in his venture, but Sanjeev was reluctant. By this time, JobsAhead.com was also born and spent humongous amount in ad spends. And sales were skyrocketing. Sanjeev was all but convinced that it is not a small play anymore. When ICICI Ventures offered him $1.7 million for a 15% stake, he took time but eventually took that into his pockets. This was just before the Internet meltdown of 2001. So Sanjeev carefully spent his money on hiring field staff to scout for companies placing ads in naukri.com and in getting an office space in Noida. Having spent about Rs. 5 crore and with the rest in bank, Sanjeev’s financial prudence came in handy. Just before this investment, Hitesh joined Sanjeev in early 2000 and drove the sales effort immensely. His proposition that product offering should match biggies led to naukri.com developing Rs. 3 lakh product for big companies, thereby multiplying revenues. Hitesh is now a partner and CEO of InfoEdge.

The rest as they say is history. And indeed a grand history. ICICI Ventures realized 28.5 times its investment, the highest for any investment across any industry in India so far. Bet on your guts, can you better this? Now InfoEdge offers a variety of services including matrimony, land deals, and jobs in the Middle East. Sanjeev has recently turned angel investor, investing in companies in the Internet space.

Insights and wisdom from Sanjeev’s speech:

1. Solve an unsolved problem and be the first mover.

2. Great companies on built on deep customer insights (all his services had been fulfilling an unsolved customer need that customers would vouch for).

3. Ideas should constantly be tested irrespective of outcome (Sanjeev tested several ideas and businesses before hitting the gold mine with naukri.com after 10 years).

4. Don’t give up for sake of money (when he was not taking salary, Sanjeev’s wife, his batchmate from IIM-A, was supporting the family through her Nestle job and Sanjeev worked as a consulting editor of careers section for a newspaper to generate constant income monthly).

5. Find a way out (when computers were sold for Rs. 1,20,000 and Sanjeev couldn’t afford them, he used his friend’s computer from 9 pm to 5 am and then eventually bought one when he had enough cash in bank).