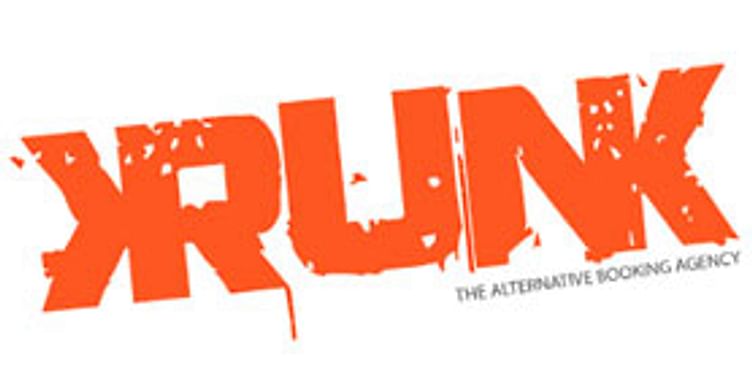 Founded in 2009, KRUNK is an all-India artist-booking agency specializing in the finest local and international talent within the music industry. KRUNK aims at representing a mixture of leading and break through bands, musicians; and cutting edge and alternative electronic DJ's or producers. KRUNK also offers tailored consultancy services in music programming to some of the finest venues in the country. Representing everything alternative in terms of music, it has contributed considerably to the independent music scene in the last 2 years. The idea was to promote and stick to all forms of independent music.The biggest challenge KRUNK faced, was to create enough work for musicians on the roster to be able to survive on. And at the same time, trying to set up a tour circuit for independent music without sponsors, as they were not easy to get on board for just one single band or artist unless it was a special event of sorts.

KRUNK’s contribution to the Drum N Bass / Dubstep / Reggae / Dub scene has been a very important one. With BASS Camp Festival in over 5 cities and support system provided to the Reggae Initiative in Delhi, the work it does has had a consistent vision and focus.

KRUNK has done over 300 bookings in the last 2 years and runs India’s only Bass Heavy Music Festival called BASS CAMP Festival. It has tie ups with various Venues for Music Programming / Consultancy and has run long successful relationships with these venues. With many ideas in the bag to expand in the next few years, KRUNK promises to grow at a strong and steady rate doing meaningful work and contributing in many ways to the growing music industry.

The Man behind The Music:

Sohail Arora started KRUNK with a vision to streamline bookings in India. The idea behind KRUNK was to do justice to live show bookings for artists and streamline as well as approach bookings in a focused manner rather than attempting to do everything (bookings / management / record label) for the artist, as they knew these streamlined models have worked very well everywhere else in the world.

The idea was also to generate enough work for the artists on the KRUNK roster irrespective of backing from sponsors. Creating enough work involved putting a structure in place for tours and budgets with venues. “This was a challenge, given the fact that, 9 out of 10 Indian Venues are run by people who don’t come from musical backgrounds and don’t understand the importance of Programming Music in the right way for their venue”, says Sohail.

KRUNK started off with 2 Artists and now represents over 10 Artists with an average of 3 to 6 Gigs per artist per month. “In this context, I believe I contributed towards the growth of many independent artists in the country along with growing myself as well,” Sohail adds.