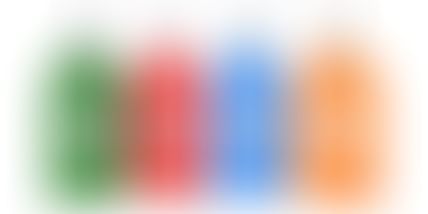 Read the first article about challenges and opportunities in the space of mobile apps in this series of articles.

Once you come up with an idea for a mobile app you need to start thinking about the monetization model before you begin building the app. Depending on the type of app and expected engagement levels (DAU, MAU) developers need to pick their monetization model. Although initially the available monetization models were few, over time new models are emerging.

Publishing your app as a paid app is the best way to start generating revenue from day one. Setting a price for your app is one of the most crucial decisions for a paid app’s success. The developer also needs to think about the platform (iPhone or iPad or Android) when trying to come up with a price. For example, the average price of the top 100 apps in Android is 2.5 times that of iPhone apps.

Today In-app purchases drive most of the revenues for mobile apps. Almost every category of apps in the market employ in-app purchases, from magazine apps like ‘Bloomberg Weekly’ to games like ‘Infinity Blade’. In-App purchases enable developers to release free apps and gain initial traction. Once the users are connected with the app they can be activated using in-app purchases to buy items like premium features, ad removal, subscriptions, etc.

There are several types of ad based monetization methods like display ads, push notification ads, video ads. Ad based revenue model is not suited for all apps, apps need to high monthly active users(MAU) to generate significant revenues. If your app caters to a large and defined niche audience, you might also be able to try niche ad networks.

Cross promoting apps within other apps is one of the biggest customer acquisition channels for mobile apps. The app needs to have some form of credits system built in, to fully utilize this model. The importance of the credits needs to be high to generate enough interest from users to install new apps using this method.

Using a network like Kiip, apps can give users real world rewards during important achievements in the app. With Kiip, when a user completes an achievement he is shown an overlay describing the reward, the user can enter his email address here and redeem it later. It is a great model to encourage users to aim for achievements in the app. The users receive new rewards for every new achievement, this builds a variability and surprise factor into apps.

Pocketchange has brought arcade style payments to mobile apps. The user has to pay in credits every time he wants to use the app or game. These credits can be used in not just one game but in any game that integrates with Pocketchange. Users can buy more credits using real money or they can be rewarded by the games for achievements.

If there is any model missing from this list, please use the comment section to suggest. Also suggest topics that you would like to see discussed in the comments section.