Is Windows Phone the Next Enterprise-Ready Mobile platform? 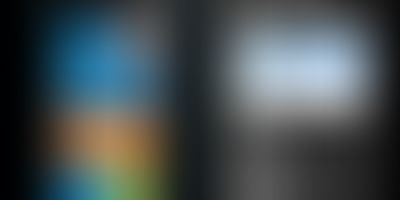 For many years, RIM's Blackberry phones have been the de-facto standard of corporate communication, offering excellent push-email, calendar and encrypted messaging support. The high build quality and excellent keyboard meant using it was a breeze, and it served its purpose as a phone with rock-solid email integration, one of the business world's most important communication tools. However, RIM's growth in this sector was soon challenged by the likes of Apple's iPhone and Google's Android, both of which brought about a paradigm shift in the way we view phones. They transformed the idea of a smartphone from a 'phone with email' to a 'phone with apps' where email was just one of the many, many things your device could do. Leveraging the platform, iOS and Android developers rushed to develop apps for these platforms, and soon you had a bunch of phones which could do everything from surf the web, book tickets for you, play games, interact with others via social networks and of course, handle your communication needs vis-a-vis email and instant messaging. All this via an intuitive touch-screen interface, and soon Blackberry was seeing its market share dwindle, even among its most loyal customers.

While both Android and iOS are excellent platforms in their own right, they haven't been embraced by the corporate world, as they are still perceived as mainly personal devices. Security issues, too much diversity and the lack of strict control over their usage (As is required in a corporate environment) aren't easily implementable, and the multitude of apps may be perceived as a distraction.

The newest entrant into this segment, Microsoft's Windows Phone platform, seems to be a promising answer to the quest for a modern and capable platform for business users. Since a large percentage ( > 90%) of the corporate world relies on Microsoft's technologies such as the Microsoft Office Suite for productivity and Microsoft Exchange Server for email and calendars, it makes perfect sense to adopt a system which has flawless support for them. Indeed, Microsoft's Windows Phone integrates all of its services, including the venerable Microsoft Office suite, Exchange Sync, cloud storage via SkyDrive and navigation using Bing maps. Club this with a fluid, intuitive interface that is unlike any other and a variety of devices from different manufacturers (but all adhering to a minimum set of requitements) and you have an excellent alternative to Blackberry. While the number of apps for the platform may not be on the same lines as its competitors, the numbers are growing, and a business users shouldn't feel his phone lacking in any respect.

Marketing the Windows Phone platform towards business users may be a very smart move for the OS to gain some traction, and business users looking for a way out of the archaic Blackberry platform may have an alternative ready.