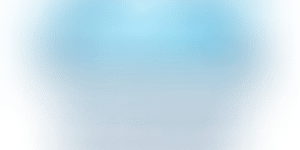 Rajdeep has spent the last five years at Google advocating the Google Cloud Platform and Android to developers. He was often seen on stage at Google DevFest events passionately demonstrating the latest features of Android to the developers. His team was responsible for driving the GTUG community initiative in India. Prior to Google, Rajdeep worked at Microsoft, Infosys and Pramati.

It’s not the first time that VMware has managed to get the top talent from Google. Patrick Chenezon, a rock star Developer Advocate at Google who was actively evangelizing Google App Engine was hired by VMware as the Senior Director, Developer Relations. Patrick is now busy touring the globe articulating the virtues of the Open PaaS platform that is also known as Cloud Foundry. It was a huge loss for Google to lose an active Cloud evangelist to VMware. In a blog post that announced his exit from Google, Patrick stated with conviction that VMware is going to lead the enterprise cloud transition and that they are going to become the first provider of Cloud technology for developers.

Mark Lucovsky and Derek Collision, the key architects behind the Cloud Foundry platform are also ex-Google employees. Apart from these well-known names, there are many engineers that are leaving the search giant to work for VMware.

Earlier this year, I wrote an article asking if Google App Engine has lost the steam. As an early mover in the PaaS space, Google had a brilliant opportunity to get thousands of developers to build and deploy applications on App Engine. Unfortunately, slow pace of innovation and the platform constraints negatively impacted its adoption. Continuing to lose top talent to competition is certainly not good news for Google.

With VMware on a hiring spree adding more muscle to the Cloud Foundry team, it is very clear that they are serious about making Cloud Foundry the preferred platform of developers. Though Cloud Foundry is young compared to its competitors, it saw a huge momentum in the first one year.

India is undoubtedly a critical market for the Cloud business. With Microsoft, VMware, Amazon and Google ramping up their evangelism efforts, it is the developers that will benefit from the choice of Clouds.