Ecommerce Dilemma: “To be or Not To Be On TV?” 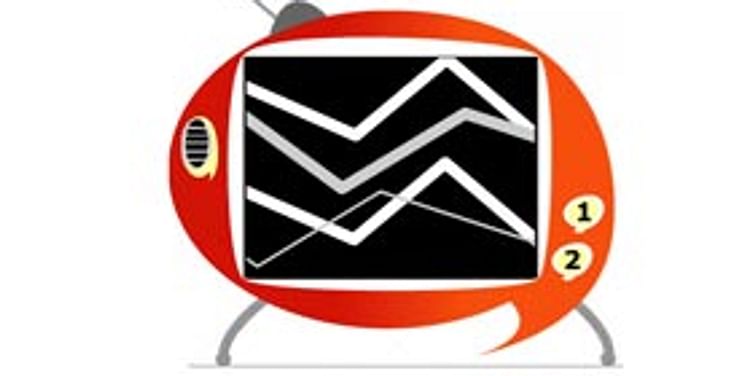 The marketing head of a newly launched fruit drink or a Invertor Company doesn’t often lose her/his sleep over when to launch the big TVC, so why is it that Ecommerce start-up’s frequently face the dilemma of “To be or not to be on TV”. In fact the moment a web site is up and running the next question is “So when’s the big launch?”

Ask investors and they will say that their worst nightmare is the newly funded company’s “excitement” to launch a TV blitzkrieg. The question then that begs to be answered is - Why this need to go “Offline”?

In the first of this three-part article, we will try to answer many of the questions around offline advertising – Why, when, how etc.

At the risk of being instructive, let me start at the very beginning of the sales journey.Companies that operate in the brick and mortar world have their distribution channels well defined and organized. The retail store, which is the end of the journey of the distribution channel, naturally attracts a billion consumers (almost!) and a ready market that the producer can tap into immediately.

Compare that to an Ecommerce start-up, there is no ready market as yet in India. With every entrant the market expands a wee bit and then shrinks as businesses fold. Indian ecommerce market has witnessed more failed than successful players, as a result the ecommerce space has grown very slowly.

Even if we view this from pure numbers perspective, several estimates are up in the air. The online users range from 40 million to 80 million a month! Slice this market with one or two criteria (women with credit or debit card in hand) and you will be left with a few million users. So really there is no ready market; market creation is the primary task of start-ups.

Homogeneity in the Market

But why is market creation so important? Well, tailing every successful Ecommerce start-up are several of its clones. If a venture in one sector shows promise, half dozen similar web sites are up and running immediately, backed by enthusiastic investors and entrepreneurs. So we had 2000 as the year of recruitment and matrimonial portals, 2005 the year of travel, 2009 the year of group deal sites and 2010 the year of Amazon clones.

The consequence of this trend – one, India has not witnessed exponential growth in the Ecommerce market and second the same audience becomes the target for similar offers.

The world that isn’t online

Is a there a ready market? No. Is there a Target Group? Yes.

I am talking about the 40 year-olds living in B-towns or B-town like locations in urban areas (West Delhi comes to my mind!) with disposable income. Their primary source of information is TV and newspaper. They have no attractions awaiting them online. However, for a compelling reason - cost, availability, uniqueness - they are willing to reach out to the mouse. (We did see this trend for online travel.)

If market creation is one of the needs, it points to this audience.

What is it about a spiffy ad that creates an impact when seen on TV versus being streamed online? TV has a long history of credible content delivery. You don’t mistrust a news report on TV or newspaper, and that aura applies to other TV programming; entertainment shows et al. Even though the reality shows are as stage-managed as it can get, TV viewers believe they are real! The same aura gets rubbed on to the TV ads too. If you have trouble agreeing with that, check out the Tele-shopping business.

Advertisements are pure entertainment, many a creative head has elevated it to form of art too. Ads have it in them to build bonds between the consumer and the brand. Does any of this come to your mind when you imagine an online ad? Compare the creative machinery behind a TV film to the one behind a banner ad; no doubt a 30 sec spot can grab attention against the fly-on-wall banner ad!

Beyond the creativity there is pure math of simple dedicated secondage, which allows a brand to convey its message. On TV an ad get its dedicated 30 secs of fame, where as online it is amid a din. When 10 advertisers try to outshout each other, nobody is heard. The noise among online ads is akin to the shop hoardings one is assaulted with when you step into a Parry’s corner in Chennai or Chandani Chowk in Delhi!

While TV says, “Hey have fun watching these ads while we take a break!” websites say “Hey don’t bother with those ads they are just around for us to earn revenue, please continue to read this article”.

In conclusion, when a start-up hurtles past the first few quarters of growth and when it is time for it to switch gears, offline advertising is needed for – market creation and establishing its presence.

Next week we will delve more on the when is the best time to launch your campaign and how it is as important as the campaign itself!