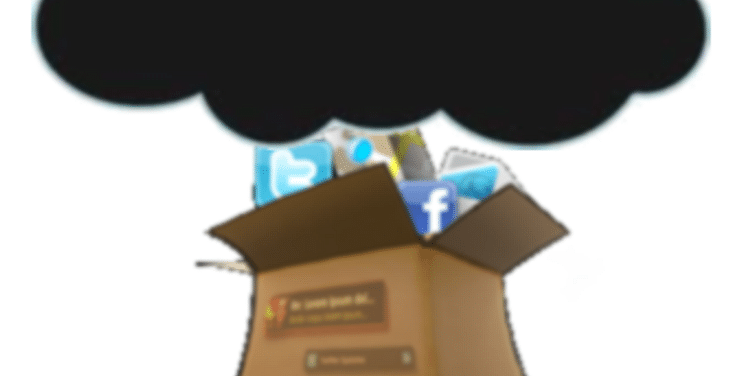 Zynga, the maker of the very popular FarmVille and Mafia Wars games, had a really bad quarter, with revenue significantly lower than expectations, and the compa

ny actually slipping into a loss for the quarter.At the time of this writing, Zynga stock was down a whopping 40%, and a total of 70% lower than the IPO price! Facebook also felt the heat of Zynga's bad performance (who's stock is down 10% since the announcement), since a large chunk of Facebook's revenue comes from Zynga. So what's going on with the Facebook's largest game developer, and is this an ominous sign of things to come?Things are bad across the board, but there are some serious and unexpected (some would say expected) problems in the mobile apps/games area. Zynga, if you'll remember, bought OMGPOP, another mobile game maker in March earlier this year for some $200 million. This massive investment has turned sour, it seems, because revenue from OMGPOP was significantly lower than expected. It looks like mobile users are very fickle minded, abandoning games and moving on to the next big fad with ease. Looks like the players of OMGPOP's biggest game - Draw Something - have left the game in droves, leaving Zynga with a $200 million hole, and not much more.

Zynga and other mobile game developers rely extensively on virtual goods to monetize their apps, but they're finding out that users are now becoming weary of buying digital sheep and other virtual goods. Michael Gartenberg, a director at the research firm Gartner said "At the end of the day, though, virtual goods might not be a viable business strategy. People eventually stop spending money in virtual goods and want to spend that money on real goods.”

Is this a sign of the bubble bursting in the mobile app space? That apps can be monetized in a sustainable manner has never been proven out. Facebook actually admitted to it during its IPO, saying they have no idea how to monetize mobile, and even if they did figure it out, they had no idea how it would compare to monetizing desktop users. While everyone gets excited with the huge growth in mobile/smartphone numbers, there are deeper problems.

Android's share of smartphone market continues to grow, but this is actually a bad sign for app developers. It has been known for a while that monetizing an app on Android is far harder than on iOS, and the more the mix shifts towards Android, the lesser the overall monetization in the mobile marketspace. This issue was further complicated yesterday, when Madfinger Games, maker of the "Dead Trigger" game which used to cost $0.99 on the Play market, abandoned hope of ever monetizing the app and released the app for free. The reason? The piracy rate on Android is so high, that it makes no sense to charge for games, as no one is buying the game.

This is a huge Deja Vu here. In the late 1990s and early 2000s, Microsoft was accused of encouraging (or at least ignoring) people pirating Windows, because it gave Microsoft more and more marketshare, which allowed Microsoft to reach a near-monopoly in the OS market, killing off all competition. And once most of the world was using Windows, they started enforcing the Windows licenses, slowly making everyone pay for Windows.

This may not be what Google is pursuing, but conspiracy theorists can make a very good argument that Google benefits from App piracy. Google doesn't make money from licensing Android or even off the marketplace. Google makes money by showing ads on search, and the more the Android marketshare, the more control they have over search. This may explain Google's lethargy over dealing with the increasing piracy problem.

Google needs to start treating this problem seriously, otherwise it risks as being seen as evil. The widespread availability and easy of pirating Android apps means that people will continue to ignore the marketplace for paid apps, and App developers may grow tired of the marketplace as well.

The iOS marketplace is still working well, but there are signs that Apple's focus is also shifting towards enterprise, who tend to have deeper pockets and are willing to spend higher amounts on business and productivity apps than consumers.

Mobile apps are not dead yet, but there is a correction coming soon. We need more innovative monetization models that work in the mobile world. As the world shifts to the mobile and as developers figure out how to make money of the mobile, things will eventually get better, but there is more pain in store for app developers.