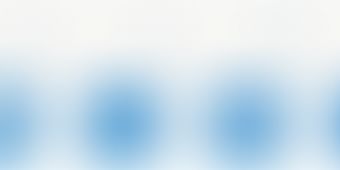 Bharti Softbank (BSB), a 50:50 JV between Bharti Enterprises and SOFTBANK CORP is an incubator that is focused on the mobile first market. After making a bet on Hoppr, BSB is about to unveil “Hike”. Hike is an app which picks up a typically Indian idiosyncrasy, ‘the love for messaging’ and tries to build on it.

BSB’s (Bharti SoftBank) product development and strategy is led by Kavin Bharti Mittal, who previously founded Appspark and very strongly believes in the power of mobile. “There are 1.1B people in India that don't have access to the internet. That's a pretty big number. Our guess is that at least 900M people out of this unconnected population have no clue as to what the internet even is. And when they do come online, it will be mobile first,” says Kavin and this is the vision with which Bharti SoftBank works, leveraging this segment of the Indian population.

Messaging is one common aspect the team at BSB found amongst all Indians. Indians find it convenient and cheap. But off late, there is a lot of noise in this space. “SMS has become a channel to spam,” says Kavin. “People use messaging in various forms; they use it via different apps and modes for different purposes. What we’re trying to provide via Hike is a single application to connect with everyone via messaging. We believe that streamlining this will greatly improve the connectivity of Indians,” says Kavin. A lot of capabilities including SMS blocking, crowdsourcing elements and other fun features are a part of Hike.

With the launch on the cards, the app will first be released on Android, followed by iPhone, Windows and then all the other stacks. Completely homegrown in BSB, a lot of attention has been paid to the UI/UX of the application which basically stems from Kavin’s adamant inclination towards design. “With a very strong focus on user experience, we’ve tried to keep the features minimal and what we have currently is looking gorgeous. We hope that you’ll find it the same,” says Kavin. Talking more about design, Kavin goes on to discuss the differences in approaches while designing for different platforms. For example, designing for Android and Apple is immensely different. Lesser number of keys on the iPhone is only one amongst many other differences that one has to keep in mind while designing.

At a very early stage, Hike is generating traction via the rewards mechanism. A person gets ‘Hike Merchandise’ upon inviting friends. “This has proven to be a very good way to go forward as we’ve already seen a lot of buzz and are anticipating better things going on. We’ve built a sense of virality within the app through which we aim to reach as many people as we can." says Kavin. Banking on the power of social media and the experience they’ve created, Hike is BSB’s next big bet.

For early access to Hike, visit http://get.hike.in/ and invite friends to win some amazing credits!

Unwrapping slowly, the app has now unveiled the features it'll be implementing: