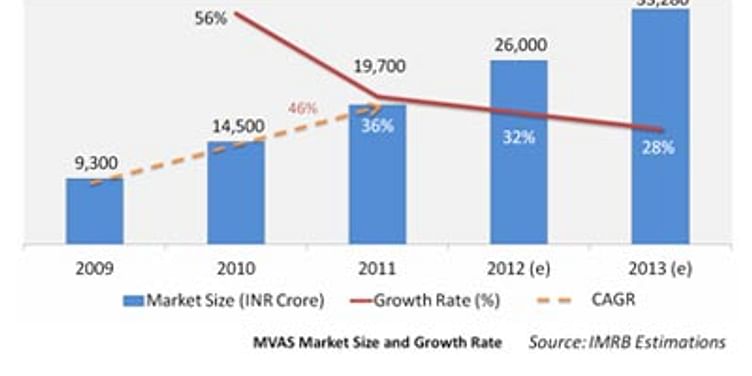 Conventional MVAS services like Astrology, Bollywood, Cricket with CRBT, Ringtones, SMS Updates etc continue to dominate the market with 63% share. What is fascinating is the surge in Modern VAS that has garnered 37% market share. Comprising of services such as mHealth, mEducation, mFun, the modern VAS industry is set to be the most sought after services of the future. The below pie-chart provides an insight to the Conventional vs. Modern MVAS market

In the last three years, the average MVAS spent per month has risen by INR 9 to stand at INR 24 per month in 2012. The percentage share of per user spend on MVAS in ARPU has been increasing gradually.