Publishing Next ’12 to Focus on the Present of Indian Publishing: A Chat with Leonard Fernandes 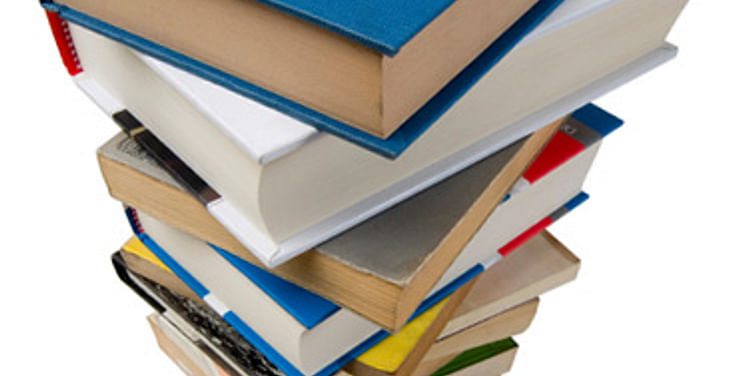 Last year, in September, a select gather representing a cross-section of Indian publishing industry converged in Goa for Publishing Next, the inaugural conference on the future of Indian publishing. The speakers consisting of publishers, government authorities, publishing consultants, writers, book store owners, translators, technology enthusiasts, social media practitioners et al. focused on a range of topics such as ebooks, how publishing will change with ebooks, the translation market, the copyright laws, independent publisher challenges, challenges of distribution, and using social media to generate conversations about books helping publishers in sales. In the words of Leonard Fernandes, founder of CinnamonTeal, a self-publishing platform and the brain behind this conference, the ‘future of technology’ was the overarching theme of last year’s conference.

The Publishing Next returns this year in its second edition in a completely refurbished format to give participants a feel of the present scene of the Indian publishing and help practitioners learn. Leonard says it will be a “three-track event with workshops, insight talks and panel discussions constituting the proceedings.” There’s something in it for all – publishers, writers, retailers, bloggers, government officials, editors, content curators, digital platform users. Workshops will focus on how to leverage the digital platform to create, say, books on the mobile and return on investment from digital assets. In a conversation with YourStory, Leonard spells out why this conference was conceived, what was the conference like last year, and what it is going to be this year.

What is the objective of a publishing-focused conference? What kind of issues are sought to be brought onto the debating table?

The objectives of a publishing-focused conference are manifold. Firstly, it is an attempt to take stock of where we stand as an industry (although that term may be a misnomer given that publishing does not have industry status). Those in the publishing sector ought to assess themselves and check to see if they have kept up with the developments within publishing, both technological and those related to business practices. These developments have mostly come about because readers have demanded them and it would bode well for publishers to meet such reader expectations. The recent announcement by Penguin India to make 200-odd titles available as e-books is one such step taken in response to consumer demand.

Secondly, the conference provides an excellent opportunity to network with other publishers and seek ways to collaborate and borrow new ideas. For new entrants this will mean meeting established publishers and learning the nuances of the sector while for old hands, it would mean being exposed to new ideas and even disruptive technologies. Such an exchange of ideas can only be good for the publishing sector as a whole. Publishing Next is focused on the networking aspect a lot and provides ample opportunity for this purpose.

The “Next” in Publishing Next emphasises the future of publishing. As new technlogies appear, many new businesses that allow these technologies to be incorporated within the publishing domain have started. The conference, through its various panel discussions and workshops, would enable publishers to acquaint themselves with such new advancements and establish a competitive edge to their businesses.

What was the overarching topic that attracted attention last year?

While there were several discussion topics that seemingly had no direct connection with each other, except that they were in some way related to publishing, it was noticed that almost always the discussion veered towards e-books and the development of digital content. The topics were chosen under the overarching theme of the ‘Future of Technology’ but it seemed like many participants were primarily focussed on e-books. Copyright issues and translations were also discussed in much depth.

What kind of impact did Publishing Next ’11 create?

We think that Publishing Next '11 (as we'd like to call it) succeeded in its attempt to make people aware of the advancements in publishing-related technologies and business practices. We also succeeded in our attempt to facilitate networking opportunities among participants because most of the feedback we have received alludes to the fact that participants were able to meet new people, understand each other's businesses and collaborate with each other.

The feedback we have received also mentions the diversity of the speakers – the fact that they came from different publishing background, published different genres and published in several languages – as an important aspect of the conference because it allowed various perspectives to be aired and discussed.

A few entrepreneurial ventures were even started based on the ideas discussed at the conference while more than one business relationships was struck!

The second edition this September seems to be focusing on some informed discussions on a range of topics. Is there a unifying theme? Is there a highlight you would wish to focus upon?

After Publishing Next '11 we realised that far from being exposed to the future of publishing, there is a need to acquaint many participants with the present itself. Publishing Next '12 will be a three-track event with workshops, insight talks and panel discussions constituting the proceedings.

The workshops will mainly address the “how-tos”. We have workshops on developing books for mobile platforms, for understanding the returns on digital investments, on the process of self-publishing and on working with online retailers, among others. In a first for any publishing conference in India, there will also be a workshop that introduces the latest printing technologies to publishers. Similarly, there will be insight talks by people who are very experienced in one aspect of publishing or the other, who will speak to a small audience and will share their experiences in publishing. An “unconference” session will allow publishers to brainstorm for ideas that can invigorate Indian publishing.

If there is an over-arching theme at this year's conference, it probably has to be ‘Initiation into the World of Letters’. We have three primary workshops – that will discuss how to encouarge new writers, how to encourage new publishers and how to encourage new readers, the last focusing on children and young adults. Around that central theme, we have panel discussions on the finer points – on academic publishing, on Indian language publishing, on publishing as a medium that can record oral traditions, on incorporating digital media into storytelling and on book distribution, all of which will aid such initiation.

Who are the target audience for this conference and what end result does it seek to achieve?

The conference primarily seeks to introduce various members of the publishing industry – including editors, bloggers, illustrators, content curators, digital content developers and others – to each other so as to facilitate a cross-pollination of ideas and help create a robust and responsive publishing sector that can address the needs of various readerships.

The conference is therefore meant for such an audience and should be attended by people in these professions. There are also the obvious audience: the publishers, authors, book marketers, booksellers and distributors, academia and government officials who create policy in this area.

Publishing in India is vast and diverse. The publishing industry is growing at 30%. But there are no conferences about the issues that the industry faces. Is this conference in coming years seeking to converge the different debates among the publishing community?

I am not sure that any publishing conference can do that because once you consider the publishing industry on any one Indian language, it is so different from that of another and merits its own conference. However, Publishing Next attempts to take the first step in that direction by bringing together disparate voices and then facilitating a conversation which they may then choose to continue long after the conference is over. At the very least, we hope we can put relevant issues on the table so that they are discussed and not swept under the carpet.

With precisely this idea in mind, we consciously choose to invite people from “all walks of publishing”. We have people who publish in various languages, in various formats and who practice in different corners of India. Each of them brings along his/her own experiences that contribute to a richer whole.

Who is supporting the conference?

The National Book Trust has been a huge source of support. So has the Krishnadas Shama State Central Library in Panaji who have allowed us the use of their newly built premises. YourStory.in, Caravan, Fountain Ink, PrintWeek and Indian Printer and Publisher have been excellent media partners. Sandalwood Goa and International Centre, Goa are our hospitality partners.

YourStory.in is the online media partner for this conference. Please visit Publishing Next home page for registrations.