Calling Out to Rock and Metal Fans! Check out What Overture has in Store! 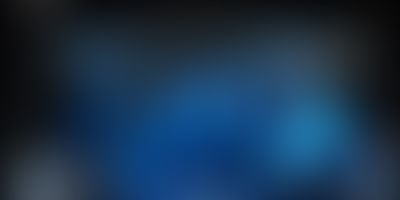 For engineering grads Arpan Peter and Vinay Venugopal, the best part about their college days was their connect to rockmusic and organizing of rock shows on campus and outside. So what next after engineering?May be a job in a corporate like many others? Or maybe not!“When I heard Lamb of God was coming to India, I was not happy with the fact that I was not organizing it. So I got in touch with the management and told them that I wanted to do it,” says Arpan. And so, Overture was born. That’s what happened to the duo after engineering! Started by Arpan and Vinay in Oct 2009 as a live entertainment company that’s into end-to-end production, team Overture was out getting its hands dirty with the Lamb of God concert by Feb 2010, in just about 5months time of starting up. Groovy! Isn’t it? They didn’t stop there. Their in-house property called Summer Storm Festival has already seen two International names in their first two editions - Opeth, apart from Lamb of God. They also own a property with Nokia called Nokia Alive.

Want an open secret? They don’t make money with bigger concerts. Overture counts on self-produced and corporate events to be their ‘bread and butter’ as Arpan calls it. Apart from events, Overture also works with artists booking shows for them in different venues exploiting the opportunity to work with as many artists and venue as possible.

Being social media savvy guys, Overture markets itself mainly through word of mouth and have managed quite a few offers through facebook and twitter. “Our clients know what we can offer. All the marketing has happened through all the work that we have done. We meet a lot of people at different events. We meet a lot of brands. That’s how we start working. Well, at least I’m too lazy to do business development,” admits Arpan talking about their marketing strategy.

With the narrow vision of sponsors of seeing Indian music as only Bollywood, it has been difficult for Overture to sell their shows to brands especially those of heavy metal bands like Lamb of God and Opeth. But they also see things changing with brands recognizing the counterculture that exists among youth who don’t listen to Bollywood music (at least in the metros). Reason enough, a rising number of International bands have been performing in India in the recent years. Also, shows like NH7 weekender have had rave response with thousands of youngsters being a part of it. Overture predicts that the number of native music festivals is only likely to go up with this counterculture gaining momentum.

Interestingly, Overture still continues to be only a team of two with them outsourcing most of their work to vendors. They work with part-timers, a lot of freelancers and interns as well. With investment, these guys are hoping to expand and do more in the music space especially going beyond the city of Bangalore, may be Delhi.

With brands like Pepsi and Airtel shifting alliances from popular to counter, cricket to football in the sporting space, rock tunes may also be destined for a better welcome. Bollywood has also had its bouts of rock celebration with movies like Rock On and Rockstar. Where do you think the brands are headed? Leave your comments below.

For more information on Overture, take a look at their website.