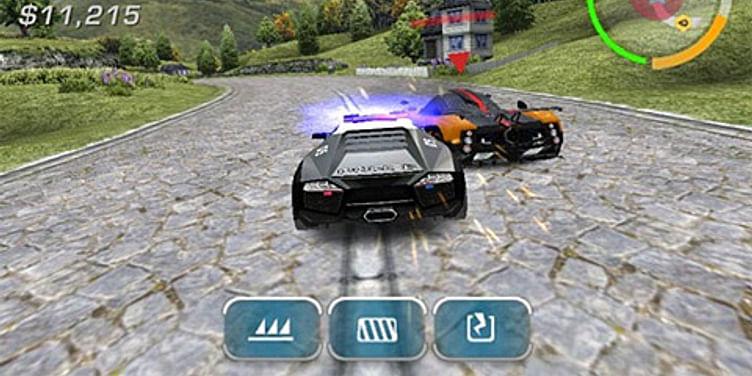 The rise of "casual" games on smartphones in the last couple of years has been a great phenomenon. Millions of people now are playing simple games on their smartphones regularly, opening up the casual gaming market. With millions of smartphones in the hands of potential gamers, the opportunity for casual games to become big revenue earners seems to be huge. Some companies - like Zynga, Disney and Rovio - are already doing rather well with their own brands of casual games.

While these games are doing OK for now, the interesting question, though, is what happens next? Where do casual games go from here?

The funny thing is, we've been here before. In the late 80's and early 90s, the widespread adoption of the desktop computers brought along with it the first generation of casual games. Remember "Dangerous Dave"? Or the "Prince of Persia"? These were "simple" games in the sense that they used limited keyboard interaction (often just the arrow keys), and used the concept of "levels" to walk the player through the game, with 8-bit graphics.The reason that these games were simple was not because gamers loved simple games, but because that's what the hardware was capable of. As computers became more powerful and specialized hardware like the XBox and PS3 began appearing on the market, games started getting more and more sophisticated, exploiting the new hardware capabilities. They became more specialized, with specific genres like car racing, shooters and strategy, and eventually started catering to the "serious" gamers.

As hardware got better, the gaming market turned more professional - Bigger budgets, bigger franchises, huge marketing spends and backing by bigger game studios, and slowly moved away from the casual games. The focus shifted to immersive experiences - games that take several hours to play, with elaborate story lines, need great hand-eye co-ordination and the latest hardware. The games that you could just play for 5 minutes to pass time slowly faded away into obscurity.

Some numbers for context: Hollywood made about $27 Billion in revenues from all the movies released in 2011. The global video game market, in comparison, is more than twice as big as Hollywood, at $68 Billion. The Lord of the Rings trilogy, one of the most commercially successful movie series, earned $2.9 Billion worldwide across the 3 movies. The popular "Call Of Duty" series, by comparison, has made $6.8 Billion. "Modern Warfare 2" was the biggest launch in entertainment history (across movies, music, and everything else), with 4.7 million copies sold and earning $310 million in just one day. Angry Birds, by comparison, made $100 million over the whole year. Modern Warfare 2, by the way, cost $60, and still managed to sell millions of copies.

Video Games are serious money, and game developers simply could not afford to not look at that market. A hit game on the PS3/Xbox can expect to easily earn $100 million. But the game has to be really good - Great graphics, sophisticated controls, wide range of complicated options, weapons, power ups and other game goodies and finally a great multi-player experience.

The Call Of Duty for Game Studios

As smartphones become more powerful and gain increasingly sophisticated graphics capabilities, the big gaming studios are going to turn their attention to the new platform. They're going to bring their big budgets, massive marketing spend, and loyal users onto the smartphones and tablets. This process has already started in a small way, with EA releasing a smartphone version of the immensely popular Need For Speed game. Activision, Bethesda and all the big game studios are waiting and watching right now, but when they make the jump into the smartphone/tablet market, you can be sure that it'll be a big splash. I think the existing game studios like Rovio and Zynga are going to find it very hard to compete with them.

The problem with casual games and casual gamers, is that they are unwilling to spend money buying games. It is very hard to convince Mr. Average Joe to spend $1.99 on a smartphone game, but serious gamers will easily spend $60 on each game. And they'll buy several games a year, and there are lots of serious gamers out there. As the smartphone hardware starts catching up, the game studios will have no choice but to start catering to the serious gamers, because that's where the money is. And as more attention starts getting lavished on to the gamers wiling to spend big bucks, the genere of "casual" games is going to get relegated to the backseat, with only small, indie developers catering to this market.Just like it happened the last time on the desktop.