Dhingana Raises $7 Million in Series B Funding; Dev Khare of Light Speed to Join the Board 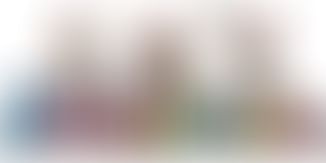 languages across numerous genres. Dhingana users can access this catalogue on-demand through Dhingana’s HTML5 site and apps for iPad, iPhone, BlackBerry, Android devices and Nokia phones.YourStory.in caught up Dev Khare from LightSpeed Ventures, which lead this round of funding. He said " We have invested in many mobile companies across the world. Direct-to-consumer models in mobile are a growing trend, particularly in India. We believe music and video will lead this trend in India. In this respect we're really happy to work with Dhingana as they are an industry leader and they have the largest catalogue and a very healthy user base as well."

Dev Khare is also joining the Dhingana board, regarding which, he had this to say " This is a thesis driven investment and we feel that at this early stage; we’d like to be involved as Dhingana’s partners for the long term"

“India is one of the world’s largest markets and has a unique culture with music enjoyed throughout the world,” commented Snehal Shinde, Co-founder and CEO of Dhingana (read our full interview with Snehal). “We have always had a laser sharp focus on building the best streaming product for Indian music lovers across the globe and used the first round of funding for the same. We plan to use the current funds to build an even stronger team to innovate further and expand our marketing, sales and business development efforts.”

“We are excited to be participating in a company that is not only meeting the significant demand for this music, but which offers a library and solution that you simply can’t find on other popular streaming music services like Pandora and Spotify,” commented John Dougery, Managing Director, Inventus Capital Partners.

Dhingana was launched in 2007 and has since become a large on-demand music service in India, with millions of users in over 220 countries / territories.