Giftology Launches to Allow You to send a ‘Free’ Gift Voucher to Your Friends; Don’t just write on their Walls 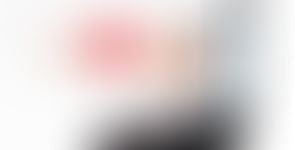 “Giftology is at the crux of two trends. Consumers want to send gifts to their friends on birthdays and other occasions. And, online & offline merchants are willing to sponsor a gift to your friend in order to build a brand,” informs Aman about the market opportunity. Giftology bridges the gap between these two trends by enabling consumers to give merchant gift vouchers to friends for free on their birthdays.

Giftology is incubated by Nikhil Sama, who was previously a Director at Rocket Internet India where he was part of the core team that engaged in new venture ideation and incubated Jabong, FabFurnish and PrintVenue among others.

Talking about competition, Aman says, “Social gifting is at the intersection of two strong trends – social (facebook), and mobile. It is in its infancy in India, and will become a large segment of e-commerce in the coming months.”

Being in development for two months, Giftology started out being conceived as a mobile app. “In reality, execution on the web was quicker and we launched with a web version this week. We took lots of feedback from initial users, and used that feedback to create a facebook app out of it. So, now one doesn’t even need to go to Giftology in order to send a gift, just go to the giftology app on facebook and start gifting!” informs Aman about the product evolution. The mobile app will be launching soon.

Coincidentally, a dear friend has a birthday tomorrow (now today) and it was a great way to try out the product. Signing in via Facebook, Giftology has a wide enough range of merchants from which you can select a gift voucher. Here's a snap showing a few of them:

I selected BlueGape but probably owing to a popular entrepreneur Sahil Baghla behind the brand, the coupons were out of stock. I chose Bushirt next and woosh, the gift was sent; all I needed to do was add in a message and the email ID of the recipient.

Core Value Prop in Aman’s words: Gifting made quick and easy. No more (monetary, time, effort) excuses for not celebrating a friend’s birthday. We help you re-enforce relationships with your facebook friends by celebrating with them on special occasions.

Earning modestly via commission from vendors who sponsor gifts for promoting their brand online, there are other streams in the offing. Elaborating on how they convinced merchants, Aman informs, “As far as tying up with merchants is concerned, first few merchants needed effort as the brand benefits of sponsoring a gift are not clear. Now that we have proof of concept with a few, the many more merchants are gaining interest in sponsoring a gift as a marketing activity.”

Describing their journey as “Exciting and hard work” till now, Aman and team are surely in for some more of that. To gift your love to this startup, do visit Giftology.