Is the Quick Service Restaurant (QSR) Segment Appetizing for Investors in India? 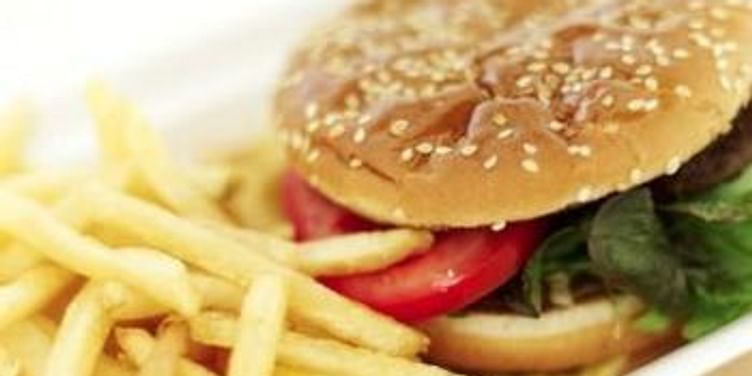 “After a couple of years of running the business, I was approaching many investors and the response was encouraging but the talks kept on stretching and nothing ever went through. Then I stopped chasing and focused on my business only; that is when SAIF partners approached me and the deal went through seamlessly,” said Nawaj Sharif, founder of Ammi’s Biryani after the recent investment.

But a true foodie will definitely figure it out one day. Be it with a non-Indian cuisine, a dish modified to suit every region, or even a beverage! Entrepreneurs have been trying and have made efforts to build a national/global QSR chain. “QSR is one of the most exciting sectors in the Indian consumer market. Several macro trends like nuclearization of families, paucity of time and more & more choices are driving increasing out of home food consumption,” mentioned Kanwaljit Singh of Helion Ventures who has invested in a hotel chain, Mast Kalandar.

One of the biggest impediments to scale in this industry is to get financial backing but the investors have also opened their purse strings in the past years and we’ve seen some encouraging activity. We got in touch with entrepreneurs who’re in the space and have either bootstrapped or raised money to fuel their businesses, and also investors like G.V.Ravishankar, Managing Director, Sequoia Capital and Kanwaljit Singh, Managing Director, Helion Ventures to give deep insights into the space.

How hard is it to raise money?

A very lucrative area, a QSR business even has the potential to generate a demand. But warning entrepreneurs, G.V.Ravishankar of Sequoia Capital who has invested in CCD and Faaso’s throws a caveat, “Look before you leap! It appears easy but the sector is fraught with many failed attempts. We’ve made 2 investments till now and will continue to be very selective about who we partner with.”

The choice is always about keeping it a small and simple with one outlet with modest ambitions or scaling up and having multiple outlets with a great outreach. When expanding, it is very important to settle upon a model. “We started out with a franchisee model but it went nowhere; a very important learning. We shifted to a joint venture mode and that gave us a lesson that paperwork can never be a binding force, you need equal passion from both sides and so we finally settled on a model wherein we are the execution partners. The interested person provides the setup, and we go there with our team and run the show, and the revenue is split 50-50,” explains Chirag.

And one needs to figure all these out or should at least be battling these problems when approaching an investor as replicating will be the biggest factor that allows a QSR to grow. Many investors in India have opened up to F&B and investments are being made in the space. Here’s a look at some of the big investments over the past years:

These are some of the investments that have been made in QSR and have been in the news. Overall, the complete F&B segment received close to a $256 million of funding according to a Venture Intelligence report.

“The whole process took around two months to close,” mentions Amit, about the time it took to close the deal. They will be utilizing the funds to expand into different cities. “Having invested heavily in technology, we knew we had to make a very scalable model and hence paid intense efforts on setting up the supply chain,” explains Amit. They took close to 5 months before they were convinced with their unit economies and went on to expand and open up more stores.

With horizons opening up, views change and since the early 2000’s, India has seen some chains coming up and with the availability of those crucial funds, opportunities to grow and scale are present. New investments are being made and it doesn’t seem too far off before we see a global chain emerge from India. We also decided to ask specific questions to investors and here is what they had to say:

On Franchising and Expansion models

“It very much depends on what the company wants. If service is important (like CCD), franchising is hard to make work. Overall it depends a lot on what the value proposition is. We prefer non-franchisee businesses,” informs G.V. Ravishankar.

Kanwaljit Singh shed some more light here and said Franchising is not the only option and is certainly not the first one that should be tried out, “We believe Franchising should NOT be the first model to be tried. Franchising can be a double edged sword as it adds an additional variable of uncertainty to the consumer delivery and experience. Franchising will probably come in only after the business has set up several own stores and truly understood the unit economic model so they can institutionalize the same and then hand over to franchises. A central kitchen is a good way to manage scale, control inventory and reduce the need for a senior chef at every location.”

Unit Economics is without a doubt, the single most important factor before expanding. So, how much time should one take ideally?

"We would like unit economics to have stabilized before we come in as an investor. Typically well run QSRs have <18-24 month paybacks,” mentions G.V Ravishankar.

“Unit economics is absolutely the most critical factor for understanding the drivers of the business and planning for growth. the complexity comes from the fact that so many factors influence unit economics and it can vary very widely across geographies and even within the same city that its essential to understand the key variables and then focus on them obsessively. In addition, setting up scale process and systems early on and reducing dependence on human intervention is the other learning for us when scaling businesses,” says Kanwaljit Singh.

Going forward, to build a scale QSR business nationally, the choice of cuisine is going to be very important. “We believe Indian cuisine is very much centre of the plate and over 90% of consumption is still in this category. While the taste preferences vary across geographies and some tweaks to the recipes may be required, the overall brand positioning and they needs to be consistent and have a universal appeal,” say Helion Ventures on a positive note. A simple model based on less complexities and variables is of essence because managing operations in several cities across the country and still ensure a uniform experience and quality will be the key driver of brand building.

The segment is voluptuous and expect a lot of activity in this area in the coming years.