Englishman Chris Evans Sets Up Base in Hyderabad for his Game Outsourcing Company, Blighty 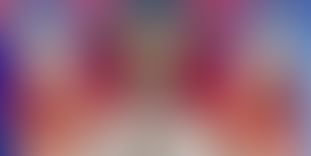 Blighty was setup in 2007 in London, England and built social games along with some outsourcing. In 2008, founder Christopher Evans came to India to help an orphanage located in a village, 6 hours from Hyderabad. Coming to Hyderabad, Chris visited the tech city and was impressed by the tech talent in the country. So, after going back to England, he decided to setup an office in Hyderabad. He packed his bags, came to India and has been here ever since.

His amicable 'head wobble' is something he learnt in an Ashram in Hyderabad and it helps him keep cool and calm. At the UKTI event, Chris was present to look out for potential customers. UKTI (United Kingdom Trade and Investment) is encouraging more collaboration between the two nations and is egging up startups in India to look at UK as a potential customer. UKTI was also one of the sponsors for the recently concluded MobiSparks.

Talking about Blighty, Chris says, "We're making to earn via rupees now. Everybody is talking about India and everyone feels that India is the next big thing. We're trying to create products that'll sell in India." Watch the video to know more...