Going 'Global' with a Mobile App - The Hike case study 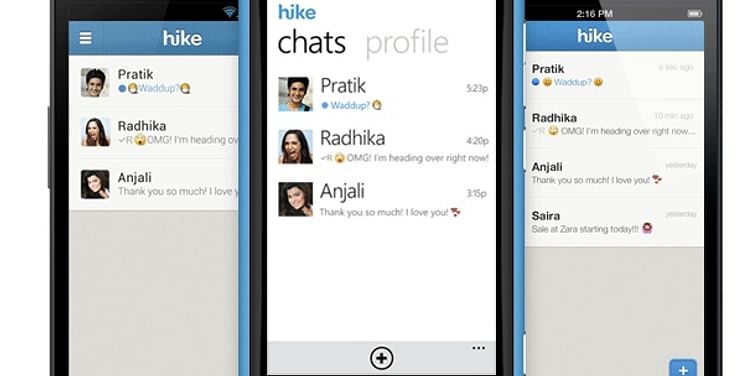 In the mobile world, going global doesn’t really mean anything. From the second that an app has been uploaded onto an app store, it is available to the respective smartphones all over the world. Not making an app available is a choice that takes less than a mouse click to execute. So in essence, every smartphone app is global by default, unless chosen to be otherwise. At most, there are some clerical conditions (Privacy Policy etc.) for some countries that needs to be met for the app to be downloaded and used there.

With that out of the way, another definition of global could be made with respect to its usage. Now this is a definition that not every app fits. While there

is the one off chance that someone in a country far off would find an app and use it, it doesn’t make it truly global. Achieving large scale usage all over the world is something that every app wants to achieve, and recently, Hike, a messaging app from India, is well on the road to achieving it.Going global - What does it mean with respect to Hike?

At first, we had quite a tough time understanding what Hike meant to say when they announced that they were now going global. Equally misleading was the stated fact that they were available in over 200 countries. But on speaking with Paritosh Sharma from Bharati Softbank, we found that this was truly noteworthy, as the app now has over a 100,000 downloads from over 200 countries.It has been just over a month since we reviewed the app, and it had about 1000 + downloads back then.

Having grown a 100 times in this short period of time is commendable. Paritosh revealed that the marketing campaign has been a mix of region specific social media marketing and mobile ad campaigns. He further adds that the biggest marketer of the app is word of mouth and providing language support for various countries is a great way in which the app has ensured that it happens across geographies.

The app has also been altered to suit the world market. The SMS functionality is only available to the Indian users. So as to not go through the troubles of catering for cellular carriers of other countries, Hike has been restricted to an IM only app in the other countries.

Hike also has looks that kill. From the first time you open the app, the blues and the whites in the background to the beautiful iconography and the cute emoticons, you will find that the app has been designed and laid out very tastefully. And nothing can stop an app with a great design from bubbling up out of the scores of the apps out there. The marketing team has set a target of 10 million users before thinking of any kind of monetization, which, for an

app like this, is the right thing to do. This allows enough time to identify global usage patterns and figure out monetization strategies specific to regions and 10 million is a decent number of users which can generate significant revenue.Apart from India, Hike has seen maximum traction in Europe, especially in Germany and Austria and has received predominantly positive reviews from users world over.

Newer Features - Is it always a good thing?

Hike is looking to add new features to the app in the coming months in an attempt to provide a better user experience to its user. The team wishes to make Hike “more than just a simple messaging app” which, might not always be a great thing. A famous case of where this strategy has backfired is of the task manager app Any.DO. A great app, which did really well in an highly competitive category and soon became the number one task manager app. In an attempt to make it better, the makers of the app loaded it with many more features, which was great; only people began missing the original purpose of the app. It resulted in the loss of many users.

What happens with Hike will be dependant on the features that will be addad to it, and how well they preserve the core functionality of the app. Hike is a great messaging app and being an app made in India, we take special pride in how well it is doing. The fact that it is doing this at a global scale is even better. However, this next stretch, between a 100,000 to 1 million users and thereon is crucial and we at YourStory.in will be rooting for it all along.