Ask Not What Your Country Can Do For You: IIT-B Alumni Rise to the Occasion with Netapedia.in 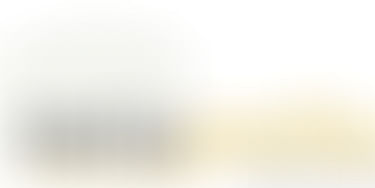 Starting in 2011, continuing to the present-day, modern India has witnessed the full force of long-repressed agitation as driven by a young India. Inconsistent growth and corruption have drawn massive crowds to the streets in protest of a failing political system. Loosely dubbed as India’s version of the Arab Spring and ignited by the leadership of a life-long Gandhian that struck a chord with the masses, this uprising has unfortunately been rendered useless by the current batch of politicians.

The sustenance of a revolution, however, rests as much on public knowledge, as it does on willingness (to act), and on strategic acumen—knowledge about who the revolution is against, and the position they command.

When IIT-Bombay alumni, Premjeet Kumar and Sidharth Mishra, thought of developing an online repository of politicians, and honing a platform that allowed for free and intelligent debate on the Indian political landscape, little did they know that the timing of their idea would be so apt. Along with Gaurav Shah, also an IIT-B alumnus, and the current batch of IIT-B students comprising of Hitesh Lalwani, Siddharth Bidwan, Rahul Srivastava, Rituraj Shukla, and Ashish Rathi, they started Netapedia.in.

Netapedia, officially launched in October 2011, addresses a weakness that has plagued India’s political outlook for decades; a lack of awareness and interest. Starting with the very basics, Netapedia aims at providing visitors with a‘resume’ of sorts of India’s major politicians, an updated version of the current Cabinet Ministers, and it’s Ministers of State. Users are also given the option to look-up politicians by their state, or search for a particular individual by name.

When asked about their inspiration behind the initiative, the young founders had this to say, “There is a lot of information available through various channels now, but not all of it is in a lucid, easy-to-understand presentation. Netapedia was envisioned to provide information about India’s politicians and political systems in a manner that is easily understood by, and accessible to the average citizen.”

Their recognition of a need in the market for a comprehensive political information portal has been spot on, and the results are in the numbers. Within a month of the launch, Netapedia garnered 5085 unique visitors, and 31830 page-views.

“The awareness of Indian youth about the nation’s political scenario is nascent, and has only seen a positive trend over the past decade or so. There are two to three primary reasons for this. One is greater penetration of technology (internet, satellite television etc) as a result of which information is available to a much wider audience at the click of a mouse. The second is the increase in the average literacy levels of the current generation,” say the founders when commenting on the reasons behind the quick success of their site.

It is commendable that Netapedia has not stopped at being just a database depot. The Netapedia blog was started to serve as a platform to spread information about the constitution, the proceedings of the House, the Indian democracy, as well as to comment on current political trends. All the information shared on Netapedia is taken from affidavits filed by the candidates, and the founder members closely monitor data accuracy, given the sensitive nature of the content. All of their existing content is generated by internal team-members.

The founders admit that they would like to have on-board political journalists to lend credibility and experienced opinion to the content of the site. However, those are plans in the pipeline that will be realized as the site grows in numbers and resources. While this politically inclined team of eight has found the rhythm to juggle everyday routine (jobs and studies, respectively) with the managementof this site, a self-sustainable monetisation model is still being chalked out.

The founders want to crowd-fund the site and make it community driven, and thus hope for ordinary citizens to make contributions that can supplement the growth and dispersal of information.

It is only for time to tell whether the new wave of awareness started by these young politically-inclined minds will get the momentum it needs. But if it does, it’s sure to bring into effect the change that is desired and being sought by the Indian public.

How can you help? By spreading the word on Netapedia, studying its repository, and taking more interest in our nation’s politics. John F. Kennedy said, “Ask not what your country can do for you — ask what you can do for your country.” This perhaps is the right time for each of us to understand, and echo in our minds, his immortal words.