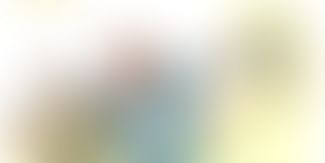 There are many who can't catch a deep sleep in trains or buses but there have been ample instances when people have overslept and missed their destination while traveling. Developer Bijender Sheoran came across this occurrence more often than he could ignore and hence came up with this app- Tring on Train.

It wakes you up with an alarm when you're within 1 km of your destination.

In more technical terms, Tring On Train is a Location Triggered Alarm. The user needs to specify his/her destination on the map and the app notifies the user with an alarm, when s/he is within 1km of the destination.

"The app is primarily targeted at Indian trains and bus passengers. Once you set the app to wake you at your destination, it takes away the worry associated with the uncertainty of the schedules of trains and buses and ensures that you never miss your station while losing no sleep at all," says Bijender. The fact that the app doesn't use GPS and also doesn't require the net is a big plus. "This is possible because the app uses sim's network to detect location. It is not 100% accurate but that's not the exact requirement. A lot of battery is saved!" he informs. Having launched on January 2nd, the app has seen 800+ installs with around 400 active users.

If you're someone who has deep sleeping habits, this app can be a savior. Here's how it works:

Bijender Sheoran is a mechanical engineer from IIT Kanpur and works with an MNC as a product designer. He is the mentor, strategic head and the lead writer for news satire website, News That Matters Not. As a widely-read author at this website, Bijender has penned several impactful articles on education and the national affairs. Recently, he published his first novel, Who Decides?... The Unwarranted Vicissitudes. Along with Bijender, Ritesh Mehandiratta and Rajat Goel have played a key role in developing the app.