Having grossed more than 10 million downloads on iOS, Bangalore-based Dumadu is high on gaming 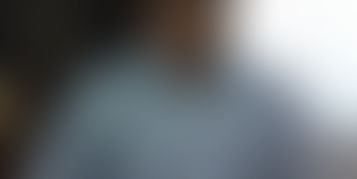 It is no secret that Bangalore is the startup hub of India and recent reports have pointed out how Koramangala is becoming a gaming hotspot within Bangalore. And a feather in this gaming cap is Dumadu Games. Not having attracted any media attention thus far, Dumadu Games has been steadily working toward success.

Founder of Dumada Games, Narasimha, is a rather reticent man. Narasimha graduated from an engineering college in Andhra Pradesh and later worked as a Mac developer. In 2006, he set up Permeative, a services company which was later acquired. Narasimha informs how his interest for gaming drew him towards Dumadu. “I am a gamer at heart. As I was into gaming from my school days, I thought of starting up something in the same field,” he says.

It was a bootstrapped Narsimha who started Dumadu Games Pvt Ltd in 2010 with a team of 30 members to develop iPhone games. One of the first players in the field, Narasimha had the required experience and acumen. Narsimha also roped in highly experienced professionals. “The average development time for a title ranges from two to six months and takes in multiple skills from artists, developers, graphic designers, musicians and testers,” informs Narasimha about the development procedure. Being a completely B2C model, Dumadu generates most of its revenue from the US and Europe, “but we’re starting to see a significant ad revenue coming in from India as well,” he adds.

Thus far, Dumadu has developed more than 50 titles with more than 10 million downloads in all. The team size has grown to 130 in two years, and Dumadu also has an office in Phillipines that houses an ‘arts’ team. Dumadu plans to open a marketing office in the US in the next six months for which it is looking to raise funds. The ‘freemium’ model has worked best for this startup. Going forward, Dumadu Games will bank more on ad revenues.