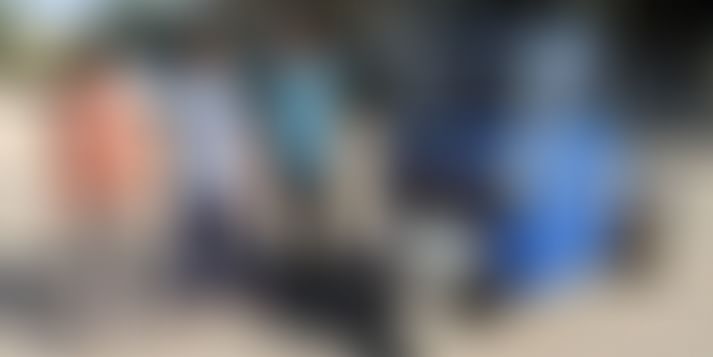 Naveen Rabelli is currently planning his trip from Bangalore to London. His means of transportation: a solar powered tuk tuk.

Project Tejas officially began in March 2012 as Naveen’s brainchild, but its journey can be traced back to his college years in Hyderabad. An electronics engineer by education but an adventurer at heart, Naveen’s desire for travel led him shortly after graduation to Australia, where he found work with an automotive company. After about five and a half years, the allure of travel once again got hold of him. Naveen quit his job and traveled around New Zealand and South East Asia before returning to India. In Bangalore, he found a job with Reva Electric Car Company, one of the pioneers of electric car manufacturing in India.

At Reva, Naveen had the opportunity to meet Louis Palmer, a Swiss teacher who turned his passion for the environment and solar energy into a full time occupation with Solartaxi. Before stopping at Reva to give a presentation on the project, Louis had been travelling around the world in the solar taxi that he constructed with four engineering students in order to spread awareness on climate change, and to demonstrate ways that individuals could prevent the degradation of the environment.

Evidently, Louis’s presentation was a success. Having resonated with one adventurous personality in particular, Naveen came out of it inspired to pursue a solar-powered journey of his own. While similar to Solartaxi in concept, Naveen decided that Project Tejas would take on a unique Indian spin. So, rather than travelling the world in a solar taxi, Naveen’s vehicle of choice was the iconic Indian tuk tuk. In July the team acquired its subject, and since then has been working to transform it into a solar powered vehicle to carry Naveen from Bangalore all the way to London – a whopping 8,800 kilometers.

With no prior experience working with solar technology, the process has, as Naveen explained, taken a lot of trial and error. He enlisted a team of friends and local mechanics to help with the job. The engineering team, along with Naveen, consists of mechanics Mehaboob Basha and L. Moula, and body fabricator Santosh Kumar, along with the support of M.I. AutoGarage, SS Fabricators, and Paramount Engineering. The marketing and PR team at Project Tejas consists of Elisenda Alari Pahissa, Himanshu Singh, Palvi Raikar, and Ishana Singh, with Naveen Gokule of Gold Turtle Pvt. Ltd. helping with video and animation work. Project Tejas has also received consulting support from Raja Raman, A. Narsima Rao, and R.N. Swamy, and since the project commenced has recruited sponsorship from Avaso Technologies, which helped the team finance a motor.

Since work began in July, the team has transformed the tuk tuk into a functioning electric automobile, currently powered by batteries installed in the bed of the vehicle. The next step will be to build a body and install solar panels to its roof. Once this process is completed, the Solar Tuk Tuk will consume about 30% of its electricity from the sun, the rest will be powered by electricity stored in the batteries.

Naveen and the team hope to be ready to embark this summer. Travelling at a pace of around 100 km per day, Naveen plans to complete the 8,800 km to London in just about 100 days. The Project Tejas team is currently speaking to the Indian Ministry of Road Transport and Highways to begin the process of certifying their vehicle as street legal. The next step, Naveen explained, is to procure the visas from all of the countries he will pass through en route.

While Naveen has enjoyed dedicating himself to this project and looks forward to eventually reaching London, the journey, like that of Solartaxi, is really about much more than the thrill of an epic road trip. Instead, Naveen hopes to use his trip as a way to spread awareness about the power and potential of clean energy. “It’s really feasible,” he explains. “A person like me in a garage can make it and live his dream of travelling from India to London, so maybe in the future we can really see it’s quite possible.”

The team still has some work to do before the Solar Tuk Tuk is ready to hit the road. Currently, Project Tejas is actively looking for sponsors willing to support them on this journey. During our interview, Naveen expressed his interest in displaying sponsor logos and colors on the side of the tuk tuk’s body once solar panels are installed.

Though Naveen looks forward to his journey, he understands that solar energy, too, has a long road ahead. The technology exists, yet solar is still not able to compete with the low cost of fossil fuels.“The opportunity is available everywhere, especially in India,” he says. “We have free energy available to us, the challenging part is how are we going to use it in a cost effective way.” As technology improves and prices fall, the success of the solar movement will depend equally on an increasingly environmentally conscious consumer base. Through his journey, Naveen hopes to inspire these consumers as he was once inspired at a presentation in a Reva meeting room, and to play his part in pushing the movement toward a cleaner planet forward.