Which co-founder takes the spotlight? 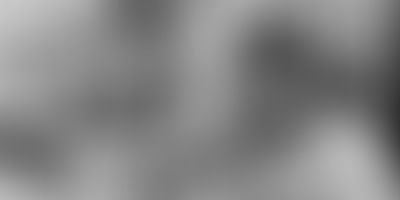 Startups usually have the term, ‘fragile’, associated with them. To grow any business to a scale of prominence, there has to be a lot factors that need to work favourably. Entrepreneurs are often under a belief that their startup faces threats from only external sources and that, in most likelihood is a big mistake. A little more thought and you’d realize that internal disputes are perhaps an even more threatening proposition. And one factor at the top of the charts here is: co-founder disputes.

Issues like common goal, job description and hourly commitment, who gets paid when, what when one wants to sell the company and many more can crop up. Ego can also become a hurdle. One might argue that if the co-founders are really good friends, all these problems don’t arise but you’d only be lying to yourself if you completely believed this. Starting up with a friend is often the best recipe to a cracked relationship and a failed business.

Talking to co-founders and conducting interviews, one thing I observed that can create some turbulence is ‘media attention’. There have been instances where the company has been started by two or three people but one of the founders gives all interviews and a perception is created that the there’s only one founder. Now, this is not a problem in many cases but sometimes leads to friction which can grow into something bigger.

Who’s the public image? Who gives all the speeches? Who makes media appearances? All these questions sound a bit fickle when posed to a team but it always should be a conscious decision.

“I think it would be unfair to ask something like ‘Who takes the spotlight?’” says Avlesh Singh, co-founder of WebEngage. Avlesh and Ankit started up together but you’d usually see Avlesh doing the speaking. “To succeed, founders have to have complementary skills. Both, me and Ankit love and live technology but then, one had to take charge and take responsibility for other functions too. Given that Ankit is a bit of a shy guy, I was the natural choice. Both of us add the equal value to strengthen the company we are building - just that I happen to be the one who tweets a bit more often!” adds Avlesh.

As obvious as it seems, when the startup is young, the focus is just on succeeding, none of the co-founders really care a lot about who’s doing the talking. Reiterating the fact, Pravin Jadhav, co-founder at Wishberg says, “In early days of startups the founders should spend time hustling to get the word out. At this stage the spotlight should only be on product, it does not matter who communicates till the product is getting featured.” But the problem creeps in a little bit later when the company grows and attains a certain stature. People attribute the success to media friendly guy, the one who did all the talking. It’s fine as long as the person who has been working behind the curtain doesn’t care. He wouldn’t say anything but deep down, a little grudge remains. In many cases, he shoves it off and celebrates the success but sometimes, he’ll also try to nudge his way to the spotlight and this is when the talkative one has to be understanding. It’s only an intrinsic human tendency showing up.

If your team foundation is not strong, such seemingly trivial issues can prove to become detrimental to your company. It is best to have a talk before it becomes too late. “As the startup evolves over time, it is the CEO who becomes the face of the company,” suggests Pravin and this seems to be the natural way forward.

In cases where the team is in different places, like for Floost, it is a bit more well-defined. “Our story is pretty simple - Abhinav is a hardcore hacker always tuned in to his headphone and gizmos and likes to stay away from spotlight. Harpreet is in Seattle, it's her job to take spotlight, make product visible, demo the product mobilise feedback . I do the stopgap thing in India,” informs Siddharth Goyal, the co-founder at Floost, a product from Nogle.

As simple as it may seem, initially it’s just a matter of survival and the focus is not on what we’ll do if issues crop up at a later stage. But to make sure the sailing is smooth throughout, you might want to decide upon a few things:

These are some of the questions to be kept in mind regarding media but apart from this there are bigger questions which need to be asked as well for which you should refer to 5 uncomfortable questions to discuss with your co-founder.