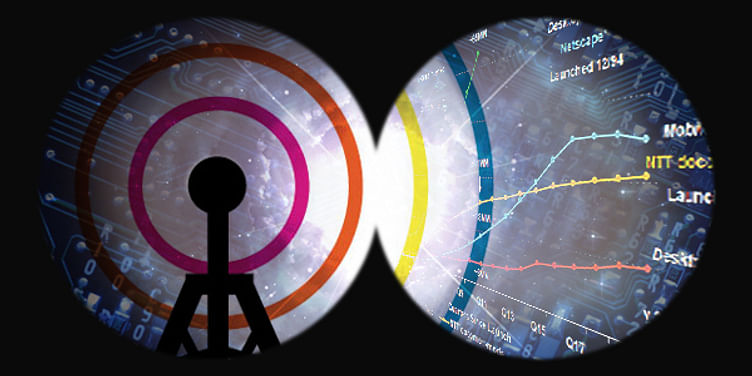 Mobile experts and award-winning app developer teams from around the world gathered in Abu Dhabi this week for the World Summit Awards - Mobile. Here are my key takeaways for startups, summed up as Top Ten trends where major innovation is emerging.

Augmented reality is now the 8th mass medium -- after print, recordings, cinema, radio, TV, Internet, mobile, according to mobile guru Tomi Ahonen. IKEA, Layar, Seeda, Tesco and iButterfly are examples of cutting edge AR implementations. “Augmented Reality in countries like Hong Kong is no longer a niche medium, it is a mass medium,” said Ahonen. French eyeglass retailer DirectOptic has even rolled out AR eyeware, which leads to higher conversion rates among shoppers. Startups and creative ad agencies will be at the cutting edge of this frontier.

2014 will be the year of wearable computing, according to Rich Long, mobile researcher from the University of Copenhagen. Eyeglasses, helmets, wristbands and even rings will have local and mobile communication capabilities, and the traditional mobile phone will not be needed for a new range of emerging apps.

App developers will stop worrying about which smartphone or tablet they should design for – instead, they will design for all screens ranging from giant conference hall screens to small phone screens. Techniques like responsive design will be useful here, according to Web and mobile design expert Janine Warner. Such modular techniques will become popular as new screens like Google Glass emerge. Other mobile design techniques to watch are active motion, which go beyond keyboards and screens to motion recognition, as demonstrated by Niall Austin, CEO OmniMotion.

Mobile experience designers are looking not just at individual screens but the connected narrative across screens. Interaction design should also look at time spent on different devices, user behaviours, and daily life cycle of information flow, according to Gary Schwartz, CEO, ImpactMobile. Understanding this ‘digital velcro’ will be key to next generation mobile interaction via inter-screen design.

‘Crowdpower’ is being harnessed not just from desktop users of the Internet but increasingly from mobile users as well. Award-winning apps deploying such crowdpower include Roadroid (tracking road quality in Sweden), MyFunCity (mapping citizen satisfaction in Brasil), Scoopshot (digital photo sales from Finland), News 360 (reporting services from US/Russia), and Project Noah (mapping wildlife, from Canada).

With the rapid rise of games as the most popular category of app downloads, gamification is entering all kinds of activities ranging from corporate performance to educational activities. Edutainment can become the most lucrative converged category, according to Ralph Simon, founder of the Mobile Entertainment Forum. The challenge in educational system development is how to make it truly motivating, and edutainment can meet this need, and a host of app developers are targeting this opportunity.

Mobile communication is being harnessed not just by NGOs for purposes like advocacy, but ‘social businesses’ which do have a profit motive but under the larger umbrella of social gain. These include examples such as mPustak and KisanSanchar in India and biNu in Africa. “Commercial returns and social returns on mobile apps are equally important,” according to Osama Manzar, founder of the Digital Empowerment Foundation.

Much attention in the mobile world understandably focuses on success stories coming from Silicon Valley, but local developers have to find success either through localising Western apps and services or designing unique local apps from the ground up. “New alliances will need to be forged for such local efforts to succeed, for example involving local operators,” advised Alper Celen, Founder, Mobile Monday Dubai & Riyadh.

Every surface will eventually become a computing platform. “We will even see ‘epidermal electronics’ – electronic screens and devices etched into your skin,” according to Chetan Sharma, a Seattle-based mobile consultant and author. Digital tattoos, wireless chip implants and epidermal computing are tech trends to watch. DNA may even be used as information storage molecules, predicted Jon Mason, e-Learning Director at Charles Darwin University, Australia.

Enterprise software is struggling to keep up with the dizzying pace of ‘innovation at mobile speed’ in consumer space, but CIOs are innovating in their own ways. BYOD is passé, and the Internet of Things is now transforming supply chain management and warehouse management in novel ways from just lightweight apps to heavy process re-design. Big Data and analytics are the new frontiers for CIOs and CFOs as well as startups, according to Phil Hendrix, founder of research firm IMMR. Enterprise delivery of learning solutions is also being offered by new companies such as SkillPill and KnowledgePulse.