Nailing it with Radio! 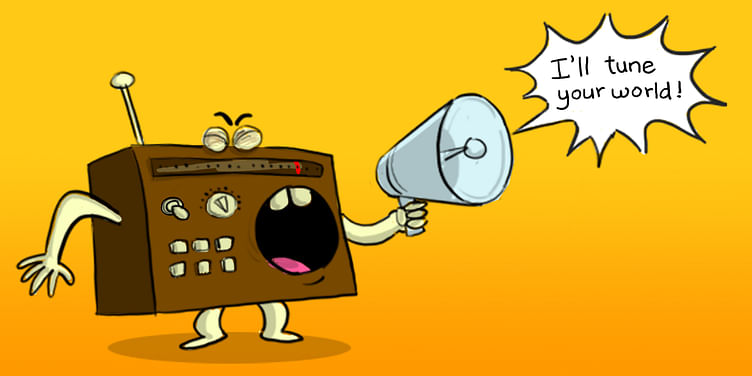 I was honking my way through the Bangalore traffic one morning with the radio in my ears when the catchy ‘Sixty Sixty Ten Ten’ jingle caught my attention. It got me thinking and I soon realized the hefty presence startups are having on radio. Having started their campaign back in October 2012, it’s been a good four months for TaxiForSure and the response they’ve seen by conducting random surveys on the streets as been encouraging.

As opposed to high budgets that a TV ad will entail, radio is surely much better suited to the needs of a cash crunched startup. If you’re in Bangalore, you must have heard ads from online businesses like ZopNow, BigBasket, TaxiForSure, Ola Cabs, LoReMo and more. On an average a 10 second radio slot will cost you about INR 350. Talking to a person who has been associated with multiple radio stations, I learned more about how the whole thing works.

Radio stations tend to bunch up ad slots and give it to the customer; one cannot buy just one or two ad slots on radio because it doesn’t serve anyone’s purpose. For some measurable impact, a frequency of atleast five slots a day for about 10 days is recommended. This would cost one around Rs 17,500 (doesn’t include other costs like creatives which varies) with the previous assumption and the ads are played in rotation - it’s not on the same time every day.

Bal Krishna Bal, the founder of ZopNow, an online hypermarket focused on South Bangalore shares some of the secret. ZopNow, an Accel funded company, has been running two week ad campaigns. They go on and off depending on the need for a push. Zopnow budgets Rs 1.5-2 lakhs for a two-week campaign which includes everything. The jingle can be created by an agency like Shouryavani Bangalore in case of TaxiForSure or even some of the radio stations themselves do the creatives (like in case of ZopNow).

Sriram Sullia, a popular RJ with Radio Indigo, confirms the trend of more smaller online businesses advertising on radio. Radio possesses immense power of reaching the local audience and region specific targeting is possible. It is a great way to expand region by region.

Radio is a cost effective method but there’s a caveat. Like everywhere else, there is a lot of clutter on the radio too and one needs to stand out in the crowd. If you’ve got really deep pockets, you can bombard the audience but even that might rub the audience the wrong way. The ideation for an ad is of utmost importance and the key motive is to keep it sticky.

In case of TaxiForSure, founder Aprameya Radhakrishna shares that they had a clear mandate of using just two numbers which can be pronounced. They settled with 60 and 10 looking at the availability and also ensured to include every word that a person would associate with a taxi ride. Their data shows that people usually used the taxi for airports, taxis, shopping and malls which was then weaved into the story with the ‘number’ as the protagonist.

A good mix of art and science, if done right, the radio can be a good way of looking at marketing. We also asked, the 250+ applicants of eSparks 2013 if they’re looking at radio stations for advertising and close to a 65% respondents responded with a yes. This certainly bodes innovation in the space and a medium that can be leveraged by startups. Nail it!