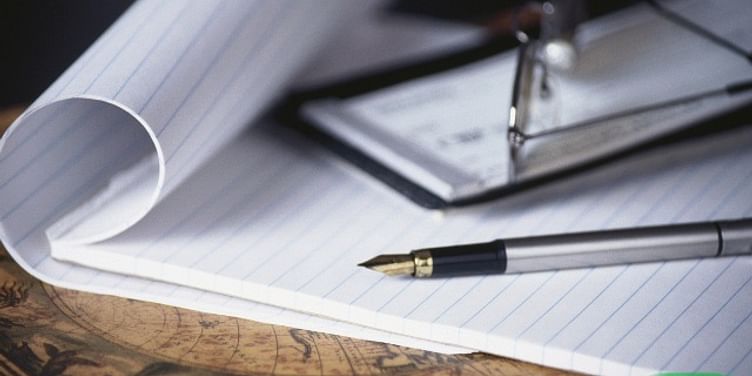 Keerat, another engineer-turned-writer, followed his writing dream but not to the same effect as that of Megha. He opted out of his campus placements and joined a content management firm right after college. While initially, Keerat felt great at having made the choice, soon monotony set in and the task became way too unchallenging for him. Boredom killed motivation, led to low performance, affected compensation and ultimately steered Keerat out of the industry. This is a circle so vicious that it threatens the very existence of content writing in India. “We don’t have too many different things to write about and work soon becomes drab and leads to alarming attrition rates”, claim industry experts. This is one of the major reasons why employers shy away from investing big bucks in professionally untrained writers. With attrition rates higher than any professional industry in the country, can you blame them?

Another stereotypical employee that defines content writing industry in India is that zealous, talented, yet money-driven, employee who is dissatisfied that this passion-driven job doesn’t pay as many bills as it should. “Sometimes I wonder if it was worth it. I mean I am happy with my job but I took a considerable salary cut then and I still haven’t quite made up for that”, says Latika, a post graduate in HR. She explains how after finishing studies in a recession ridden time, she bided time working as a personality trainer before she took to writing at a friend’s behest. Content writing pays really less in India and Latika blames societal norms for it. “The society still doesn’t see writing as an acceptable profession.” No wonder then that she had to face a lot of flak from her parents for making this decision.

And as if managing writers amidst all that attrition and low salaries was not enough, content writing firms have to constantly deal with an unfair share of fickle minded and inept people looking not for writing, but for an easy way out of hard work. Such people don’t care about writing; it is all just about biding time for them. They bring the standards further down and, being dispassionate or overtly and unreasonably confident, they never really improve. “Nobody really plans to be a content writer; content writing mostly just happens to people”, claim experts. And, with absolutely no formal courses and degrees in this field, one man’s understanding is as good as another’s when it comes to what works in this industry. Even the Mass Com colleges aren’t setting things straight for writing enthusiasts.

23-year-old Prakash always wanted to write and, with the support of his academician parents, he enrolled even for a Mass Communication course. Soon, fresh out of college, riding high on a degree of his dreams and brimming with ideas, he started work only to realise that his education hadn’t quite prepared him for the real world. Theoretically, he knew what it took to be a journalist but the presentation aspect, the glamour aspect of reporting which forms the basic USP of the industry today, completely eluded him. “I didn’t know I had to be glamorous in my reporting. They always taught us to be factually correct and objective; forming opinions was supposed to be the reader’s job.” But, in a world of cutthroat rivalry, glamour is necessary and if only there wasn’t such a huge gap between academia and the industry, Prakash would have been saved the disillusionment. This also leads to the gap between the demand and supply of good writers which then sets a different cycle of things into motion.

Other issues of the industry revolve around resources and prospects. Organisations lack relevant resources like libraries and online databases that can provide undisputed and accurate info to their writers. This means writers do all their research on the internet and have no way of knowing which bit of info is correct and which isn’t. Also, a lack of defined hierarchy in the job is quite a bone of contention for the driven employees. “I was made editor 3 years back and I am still editing” says Ashwini, a trained writer who loves his job and doesn’t mind the relatively low pay either.

The major challenges of content writing in India can be summed up as:

Despite all the issues, content industry in India is not beyond repair. The following suggestions could make a difference where it really matters.

Content writing is really all about passion and will. It is the same all over the world. Just a little appreciation and encouragement on the social front and a little nudge on the professional front is all it takes to improve the condition of content writing in India.

About the Author: This article has been compiled by Sanjay Virmani. He is the Co- founder of Banyan Tree Infomedia LLP which has one of the largest network of portals. One of his favorite genre of writing happens to be biographies and he enjoys writing for portals like Thefamouspeople.com during his free time.