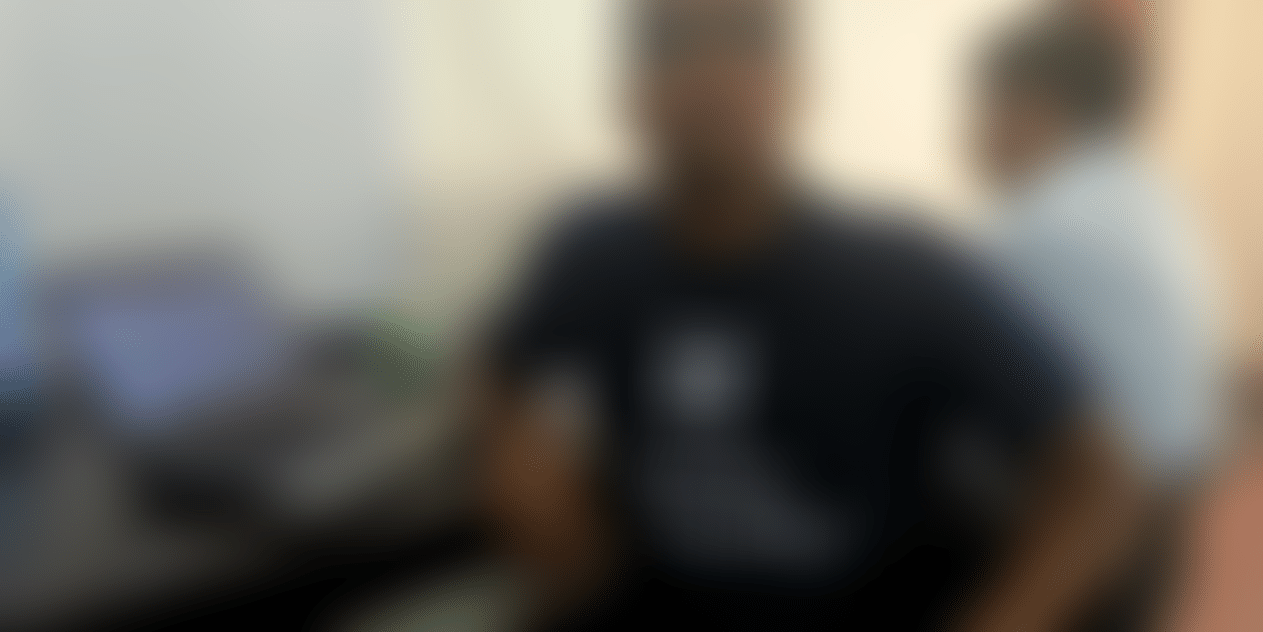 In our weekly Techie Tuesdays column, we have had the privilege of covering some of the brightest minds working on technology and related fields. Most of these technology wizards have one thing in common - early exposure to computers and devices.

But here’s what makes this story really interesting - Vivek almost became a doctor or an aeronautical engineer; he had never coded before his first year at

college.Never wanted to be a computer engineer

Vivek is from Aurangabad (Bihar) and he caught us all by surprise when he said, “I really never wanted to be a computer engineer!” Although he was a bright student at school, Vivek was never into computers, besides playing games on them.

“I was really interested in Aeronautical Engineering,” he said, “and at the same time, to play it safe, I took biology in 12th and got a high rank in the medical entrance exams as well. So I could have been a doctor too!”

However, when asked if he’d do anything differently, he said, “Not really. I’m really happy with the way things have turned out.”

A slow start, and a meteoric rise

Because of his lack of exposure to computers, Vivek had a really tough start to college - “In computer programming subjects, I used to get abysmal marks in tests - like 4 or 5 out of a 100!”

This, however, didn’t deter Vivek. He worked on it, and developed a quick interest in the subject. He says, “As I started working on computers, I started to see how logical computers were. Computer programming seemed really obvious to me and by the end of the year, I really got addicted to it.”

Post this, coding became an integral part of his life.

While at IIT Roorkee, Vivek was a part of the prestigious Information Management Group (IMG). “I was really lucky to get through with IMG. Most people who worked at IMG went on to have great careers later. I had the chance to work on a lot of college projects, like creating a time table system, maintaining and upgrading the college intranet infrastructure. I got to learn and master web technologies here.”

But it was not till his second year, when he started to work on kernel level coding, that Vivek believes, he went to the next level of programming - “I had a very good professor, Dr.Ankush Mittal, for a subject called Systems Software. He got me really interested in the inner workings of a computer and an operating system; that is where I began my work on kernel level coding.”

This led to his first stint with Google's Summer of Code (GSOC), where he worked on making a userland for an operating system called MINIX. He says, “MINIX came before Linux. In fact, Linus Torvalds built Linux based on MINIX. It's a really cool operating system, but it didn't have a user interface. I worked on integrating the Net BSD userland with the MINIX Kernel, so that it could be used by the public.” Vivek worked under a team seated in Amsterdam, which was appointed by Andrew Tenenbaum, the creator of MINIX.

However, he couldn't complete the project - “It was a complex project, but I got about fifteen percent of the project done by the end of my GSOC. It was really a great experience for me to work on this.”

While at college, Vivek met HackerEarth Co-Founder, Sachin Gupta. “We were not very close friends, but through some conversations, I got interested in what he was working on.”

Sachin was working on a project called MyCareerStack, which was aimed as a learning platform and a forum for coding. “It was like a mash-up between CareerCup and Stack Overflow. The idea was to get people on the platform, to learn and discuss about computer programming. We started working together on the 1st of Jan 2012 and got the version 1 of the product out by the 15th of Feb 2012. It got featured on the front page of Hacker News and we got a lot of great initial traction.”

Vivek built a web based code checker for the product. But he plays this achievement down. He said, “It only worked for C and C++ programs. Its not the best piece of programming that I've done.”

However, the platform did bring up an interesting problem. Vivek said, “So there are 2 big problems. There is brilliant talent in the lesser known colleges in India and they will never get to work in innovative product companies as they would never recruit from there. For example, FusionCharts is a company that I think is doing some really cool stuff. I would have definitely joined them had I known about them when I was at college. If this is true for a college like ours, think about the lesser known ones ”

This college team of Vivek & Sachin pivoted and built a platform to connect the Industry with talented coders through HackerEarth - which provides a learning platform, code contests and profiles. “You can display your capabilities as a coder in a beautiful and effective way. Think of it as a LinkedIn for coders.”

HackerEarth was later enrolled in the GSF accelerator and is seeing steady traction over the past few months.

As a sign off note, we asked Vivek about his long term plans and he replied coyly, “I really haven't thought about it. I'm at a great place and I don't see myself doing anything else. I don't want to either, I'm still in college!”

Get in touch with Vivek here. He muses here.

For everyone who knows a thing or two about hacking, click here